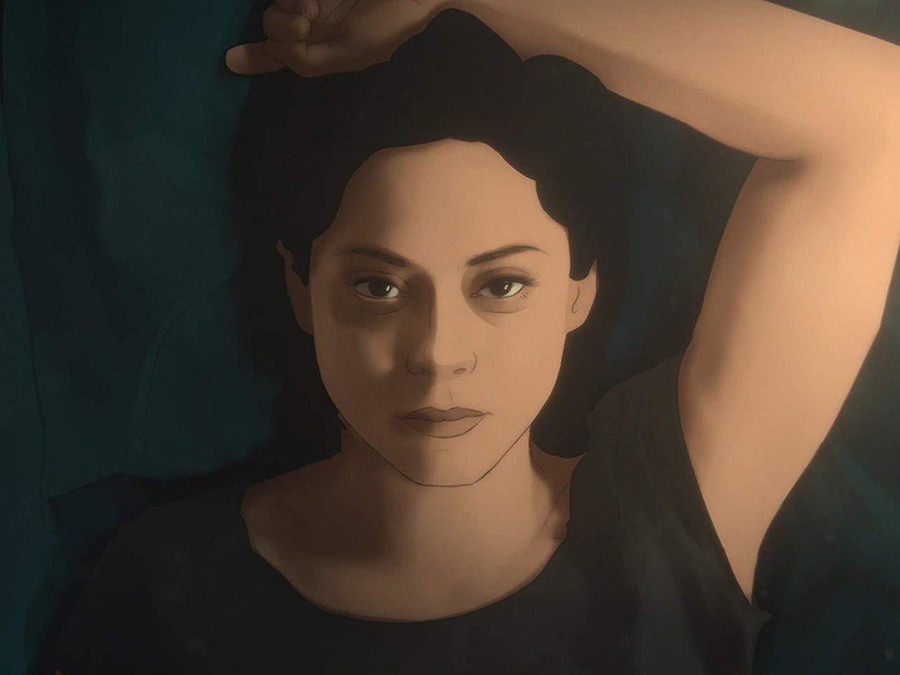 Undone, Amazon Video’s hybrid live action and animation series from the creators of BoJack Horseman, premiered in September 2019 to rave reviews from critics and viewers alike. Forbes called it “indescribably great television;” But Why Tho hailed it as “a visual and narrative masterpiece;” and, two months after its premiere, the show still boasts a 100 percent average on the Rotten Tomatoes Tomatometer. The series follows Alma (Rosa Salazar) a woman who learns that she can manipulate time after having a near-death crash, and decides to use her newfound gift to investigate the death of her father Jacob (Bob Odenkirk). But things aren’t as clear cut as they initially seem, leaving us to wonder: Can Alma really bend time, or is it all in her head?

Amazon’s first original animated series employs rotoscoping technology that allows animators to draw over film footage of live actors. This innovative technique results in dark, dreamy imagery that mirrors Alma’s moodiness and enhances the show’s focus on the subjective nature of reality. And, just in case the visuals aren’t enough, Undone’s creators further emphasized these themes by making Alma deaf and possibly schizophrenic. While the minds behind BoJack Horseman have experience with depicting mental illness onscreen, these characteristics weren’t responsibly bestowed upon Alma. Instead, Alma’s mental health and deafness are little more than an aesthetic choice that serves only to perpetuate old stereotypes.

It is perhaps unsurprising, then, that Alma is played by a hearing woman, a failure of representation known in the disabled world as “cripping up.” Hearing people playing deaf characters (or abled people playing disabled people in general) is as common as it is problematic; Salazar is far from the first actor to take on a role that should’ve been awarded to someone who shares the character’s disability. She’s not even the first actor to do so this year. Cripping up is so commonplace, in fact, that abled actors have come to believe that it’s justifiable for them to portray disabled people onscreen.

When disabled viewers attempt to criticize actors like Salazar for cripping up, we’re often silenced or told we’re overreacting: “It’s called ‘acting’ for a reason!” abled viewers, actors, directors, and producers shout at people who even attempt to suggest that they’re overstepping. Others prefer a “binders full of women” approach, lamenting that they scoured the earth for a Deaf or disabled actor but couldn’t find one, or cite the prohibitive expense of sign language interpreters. In a potent mix of ableism and misogyny, director Michael Ojeda defended his choice to cast a hearing actor in his 2013  film Avenged by saying he couldn’t possibly have cast a Deaf woman because she would’ve hurt herself in the action scenes. It is puzzling to even consider that the etymology of the word “act” suggests only white and abled people get to do it.

What’s clear, though, is that creative freedom in Hollywood is a one-way street: While abled actors are often cast as disabled characters, disabled actors are rarely tapped to play characters whose lives don’t center around disability. Deaf people or wheelchair users are almost never cast as protagonists—or even token background characters—unless their disability is integral to the plot. Cripping up perpetuates harmful stereotypes on and off the screen. Every time a bumbling Sally Hawkins American Sign Language performance is awarded with an Oscar nomination, abled people are reified in their beliefs: that Deafness is an experience so far from their own that an abled actor’s attempt to portray it is worthy of the highest acclaim in the business; that ASL is a simple language inferior to English; that our intelligence is similarly stunted; and overall, that we are incapable of representing ourselves.

As a result, audiences will continue to get half-baked, inauthentic disabled characters who can be and do only what abled people will allow us to. Disabled people still won’t have the representation we crave and abled people will continue believing that it’s their right to marginalize us. Perhaps, though, the most disappointing part of Undone is Constance Marie portraying Alma’s mother, Camila, after a six-year run with actual Deaf actors on Switched at Birth. After being tutored in ASL and learning our culture through Switched at Birth’s Deaf actors, Marie still signed on to a project that appropriates the culture and language she was given. Instead of being an ally, Marie chose to cash in on those gifts. At first glance, it seems as if Marie failed to truly learn anything at all on the set of Switched. However, upon closer examination, I think she learned the exact lesson offered to her: that hearing and abled people can appropriate, write about, and profit off of Deaf and disabled stories without ensuring that Deaf people have a voice in the process.

With Ali Stoker’s 2019 Tony win, Deaf West’s Broadway revival of Spring Awakening, the large Deaf cast on Freeform’s Switched at Birth, Nyle DiMarco’s red-hot stardom, Millicent Simmonds’s starring performance in A Quiet Place, and Josh Feldman and Shoshannah Stern’s Sundance hit series This Close, excuses about a lack of accessible Deaf talent has become an increasingly untenable defense. Interestingly, the makers of Undone can’t even excuse their decision because they actually did cast a Deaf actress to play Alma as a child in flashbacks. But if they could find a qualified Deaf toddler, why not cast a Deaf adult? The choice to cast Salazar as Alma seems purposeful—and even insidious: Alma has a cochlear implant, which is mainly used to underscore her sullenness.

When she doesn’t want to listen to her boyfriend, she takes off her implant processor and dips into silence, captions with missing words highlighting the gaps where lipreading fails. But with her implant on, Alma, who was implanted as a child, has no trace of Deaf accent and interacts like a naturally hearing person. This is a misrepresentation of a complicated and very imperfect technology, the success of which depends on many variables, including age of implantation, language and speech access before implantation, access to extensive auditory-verbal therapy post-op, family and educational support, and the innate learning style and personality of the user.

Alma’s Deafness is just a gimmick that she can use to ignore her friends and family and continue to telegraph the show’s themes about perception without actually challenging viewers’ perceptions at all.

Portraying cochlear implants as technology that “cures” deafness is not only inaccurate but a dangerous repetition of the narrative pushed by oralists and Big Pharma, who frequently convince parents to gamble on the success of the technology rather than take a bilingual ASL-English approach, often to the detriment of the implanted child, who can end up cognitively impaired as the result of language deprivation. If a Deaf actor cannot physically do the things asked of them in playing a Deaf character, why is the Deaf character doing them? Alma’s ability to go from being Deaf to having complete hearing with the flip of a switch isn’t reflective of the Deaf experience. Of course, casting a deaf actor might’ve shed light on this error because their presence would naturally influence the way the show represented Deafness.

As it stands, though, there seems to be little thought on the part of the creators about Deaf culture and its appropriation. In a September 2019 interview with the AV Club about inclusivity in Undone, co-creator Kate Purdy spoke extensively about the characters’ races and ethnicities: “I thought this was a great way to represent as much culture, diversity, and experience as possible … it really is a melting pot. All of us here—you look around the room, and there’s all kinds of people. So let’s represent everyone, let’s tell everyone’s story.” Still, she made no mention of disability. Alma’s Deafness is just a gimmick that she can use to ignore her friends and family and continue to telegraph the show’s themes about perception without actually challenging viewers’ perceptions at all.

Questions surrounding Alma’s mental health function similarly: The show notes repeatedly that Alma’s grandmother was schizophrenic. Instead of creating a three-dimensional portrait of a young woman grappling with injury, loss, and her mental health, the possibility is a fun guessing game: Is she a superhero or is she just nuts? Representation among the cast should be the baseline for stories about marginalized people, but it isn’t enough: Disabled stories need disabled writers, consultants, directors and producers, too. Without us, a project can’t be anything more than paternalistic. While it’s too late to undo the choices made in Undone, I hope Amazon Video might consider the layered implications of supporting creators who choose not to step out of their comfort zones. What true art has been made any other way?

Read this Next: Already Whole

by Ace Tilton Ratcliff
Disability discrimination is deeply ingrained in the fabric of our society and almost universally enforced by the stories we tell in the media we gleefully consume. 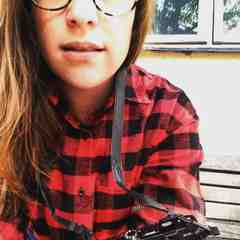 Sara is a Deaf writer and professor from Philadelphia.