23andMe Profits From Your Genes: Can They Control Your Future, Too? | Bitch Media

Uninformed and Uncompensated: Between 23andMe and Ancestry, Who Owns Our Genetic Data? 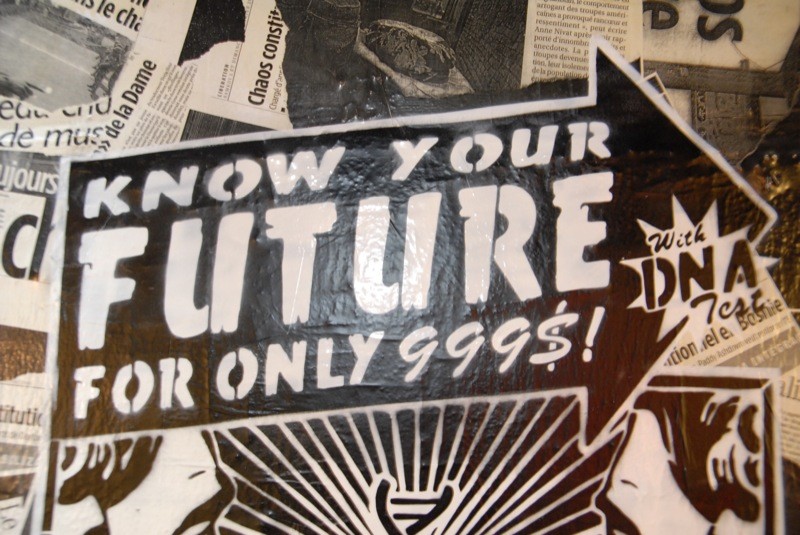 Know your future for only 999$ with DNA test (Photo credit: thierry ehrmann/Flickr/2.0)

When The Immortal Life of Henrietta Lacks by Rebecca Skloot hit shelves, it quickly became a bestseller because it describes what many might see as a contradiction. The nonfiction account (which was later adapted to become the 2017 HBO movie starring Oprah Winfrey) offers a real-life example of the deep impact of medical research—and how flagrantly unethical its history has been. In 1951, a Black woman named Henrietta Lacks went to Johns Hopkins Hospital in Baltimore, Maryland, for cervical-cancer treatment. Unbeknownst to her or her family, researchers took a sample of her cancerous cells and used their reproductive abilities to create a new—and very valuable—laboratory cell line. (Cancerous cells continue growing and dividing, which is useful and often necessary in laboratory work.) The resulting “immortal” HeLa cells are now used in thousand of labs across the world. But the Lacks family never received any compensation for Henrietta’s contribution, and it was only when Skloot’s book was published that Lacks got any acknowledgement.

Now, nearly 70 years later, it’s easy to assume that uninformed and uncompensated medical research is no longer a common practice. But with the increasing popularity of genetic home-test kits, our DNA might soon be at the disposal of scientists without our knowledge, with semi-dubious consent, and without any credit or compensation for us. Companies such as Ancestry and 23andMe have collectively tested over 12 million people (an estimated one out of 25 adults in the United States have done an at-home DNA test), amassing a DNA data pool that would be the envy of any scientist. Since a company can’t really “own” a person’s DNA, what these companies claim ownership of when you send in your sample is the analysis of your DNA—whatever information that analysis might contain. While many haven’t been concerned about what happens to that little tube of saliva they send off (or didn’t read the fine print), others are beginning to wonder whether the information it contains might be handed off to law enforcement or sold to insurance companies.

The 2008 Genetic Information Nondiscrimination Act states that health-insurance companies and employers can’t use genetic information against you (just as they’re not supposed to use race or gender against you), but that doesn’t stop other types of insurance companies, including life and disability insurance, from doing so. And unlike genetic testing done at a doctor’s office or through a university’s research lab, direct-to-consumer genetic-analysis companies aren’t bound by privacy laws, such as HIPAA, that are meant to safeguard our health information. In a 2017 article for Gizmodo, consumer protection lawyer Joel Winston pointed out that companies like Ancestry can use your data and “test it in a 100 years from their freezer for whatever purpose they want.”

Ancestry and 23andMe say that their users can opt out of research or delete their data at any time, but the data might not really be secure; recently, the Federal Trade Commission opened an investigation into privacy concerns related to genetic-testing companies after a request from Senate Minority Leader Chuck Schumer. This investigation could go two ways: The FTC can choose not to enforce more stringent privacy policies, thereby giving these companies implicit permission to use our genetic information as they wish, or the FTC can prohibit these for-profit companies from sharing, selling, or using this data from anything not explicitly stated beforehand, thereby protecting consumers

The question of “who owns our genetic data” adds to the growing list of concerns—and possible misconceptions—about these companies. In April, when the Golden Gate Killer was arrested 40 years after his first attack, he was caught because a relative uploaded genetic info onto GEDmatch, a free genealogy database. Police didn’t even need a court order to access it. Ancestry and 23andMe require court orders to share user data with law enforcement, but claim they aren’t asked often. However, that doesn’t mean those privacy policies won’t change, and even if the testing companies themselves don’t hand over the data, user-uploaded databases might still open doors other users weren’t expecting.

And then there are the profitable ventures: In collaboration with both pharmaceutical companies and universities around the world, 23andMe has already published over 100 peer-reviewed papers, many of them in top-tier biomedical journals. Their data has been used to study genes associated with everything from asthma and allergies to morning sickness and empathy. This is scientifically and medically valuable research, but unlike university-based studies that owe their funding to taxpayers, these papers all bear the 23andMe stamp, adding to the company’s already impressive prestige. 23andMe has also been the recipient of federal funding via the National Institutes for Health since 2010—money they certainly don’t need as a for-profit company.

23andMe launched its drug-discovery division in 2017, furthering its collaborations with pharmaceutical companies like Pfizer and Roche. And last week, 23andMe announced a four-year partnership with GlaxoSmithKline, a $300 million collaboration that gives GlaxoSmithKline exclusive access to develop drugs based on 23andMe’s data. If it wasn’t clear before, it’s painfully obvious now: 23andMe is, at its core, a for-profit company interested in for-profit ventures. With over two million people in their database, the potential for discoveries or patents—again, discoveries that 23andMe would profit from, money that would never trickle down to the people who provided the data—is astonishingly high. Erik Karrer, the company’s director of drug discovery, believes they have a “secret sauce” that gives 23andMe the potential to become a powerhouse of scientific advancements: phenome-wide association studies

Most studies of large genomic data take a population of people with a particular trait and examine their genomes, looking for variations that might be associated with the trait. 23andMe would do the reverse—start with a particular gene and then see the variety of traits it can produce. Using this “gene first” method in drug creation allows the gene to dictate the type of drugs produced and used rather than going in and hoping for the best. For some fields, this is helpful, but in others—such as psychiatry, where patients are usually given a drug and then cross their fingers—this could be a game-changer.

It’s ambitious, and the potential is remarkable, but 23andMe isn’t working in the spirit of scientific collaboration. While there is an “open science” movement to share data, many scientists haven’t jumped onboard. With the sheer size of their data pool and access, companies like 23andMe could have changed that culture. Instead, 23andMe only shares their final analysis and never the (actually useful) raw data, even stripped of any identifying information. The presence of this data at all scares plenty of people. Back in 2013, Scientific American published an article lambasting companies of this sort, warning people to be mindful of what they’re signing away. “The Personal Genome Service isn’t primarily intended to be a medical device,” writes author Charles Seife. “It is a mechanism meant to be a front end for a massive information-gathering operation against an unwitting public.”

Seife admits that this might sound paranoid, but consider the parallels to Google: Google once claimed to be the Virgil to the public’s Dante, guiding us through the internet for free to help us find what we’re searching for, but today’s targeted ads say otherwise. “By parceling out that information to help advertises target you, with or without your consent, Google makes more than $10 billion every quarter,” says Seife. Although genetic-testing companies aren’t quite there yet, their value is increasing: In 2017, these companies were estimated to be valued at $117 million, a number expected to rise to more than $611 million by 2026. That’s money made off our backs—or our cells, to be more precise—without our explicit consent. And that’s not just for research purposes—Ancestry, at least, says that they reserve the right to use your genetic information for “making and offering personalized products and services.”

Is the potential for scientific advancement worth the cost of an increasing lack of privacy? Your genetic code might help scientists build a drug to treat your grandmother’s Alzheimer’s—and the likelihood of finding such important treatment increases as more and more people provide their DNA—but how secure is your information? It seems likely that some day these companies will have lucrative opportunities to use that data outside of a scientific endeavor. Targeted ads are usually innocuous, but a joint venture between, say, Ancestry and State Farm may not be. As these companies amass more profits, it’s unlikely that any will ever make it back to the consumer. It’s common practice to compensate someone whenever they participate in a study, but that’s impossible when data is theoretically stripped from identifying information. Perhaps most importantly: Is this data—which is inherently skewed toward white people and those who can afford the tests—going to actually give us better drugs? Just as much of scientific research is done on male rodents and subjects, therefore harming woman, trans, and intersex patients, the lack of ethnic and racial diversity in this data pool might ultimately minimize the positive impact new drugs might have.

Henrietta Lacks never saw her name in the acknowledgement sections of research papers, never knew that the mutations that killed her would aid people around the world, never saw a penny from the money made off the drugs from her cells. How do we balance paying homage to her while respecting what was hers alone? DNA-testing companies claim to protect us while using data that is, ultimately, incredibly intimate and private, unraveling the secrets that help make us who we are. There is a world of new and exciting possibilities at our fingertips, a chance to really change our society’s approach to both health and healthcare. And yet, I worry that there is another Henrietta Lacks waiting to be exploited, people that these companies will ultimately harm in their quest for “scientific knowledge,” which, in the end, is a front for profits.

Read this Next: Face the Strange 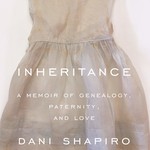 by Naseem Jamnia
“All my life, I had known there was a secret,” Dani Shapiro writes. “What I hadn’t known: the secret was me.”