Colorblind Justice“Unpregnant” Is Too White to Be Revolutionary 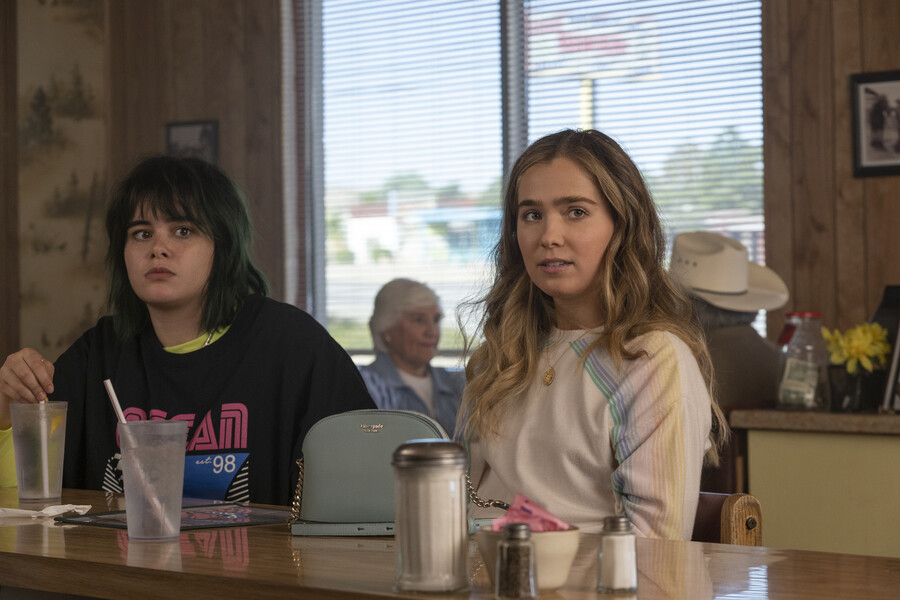 In the late 2000s and early 2010s, the image of the teenage child bearer seized American pop culture. Take, for instance, the 2007 Oscar-winning film Juno, which focused on a pregnant Midwestern high-schooler who decides to give her baby up for adoption. Though certain Christian groups criticized the film for promoting adolescent sex and triggering rising pregnancy rates in the United States, the influence of Diablo Cody’s endlessly quotable comedy most visibly manifested in 16 & Pregnant, Teen Mom, The Secret Life of the American Teenager, Pregnancy Pact and a slew of TV shows and films about suburban teen motherhood. Late in the 2010s, independent films began to offer a refreshing counternarrative to these stories about pregnant girls that, while often socially frowned upon, could be interpreted by certain religious groups and audiences as having an anti-choice stance, as was the unfortunate case with Juno.

While it wasn’t the first depiction of its kind (television has been a reliable medium for thoughtful portrayals of women receiving abortions), the 2014 film Obvious Child showed audiences what a casual, affirming story of a modern woman choosing to terminate her pregnancy could look like in a comedic feature format. It’s hard not to draw a line from the critical success of Obvious Child to the release of films such as Grandma, Little Woods, Saint Frances, Never Rarely Sometimes Always, and the recently released Unpregnant. The HBO Max film about two high-school girls who embark on a road trip through the South to an abortion clinic carries the same levity of films such as Saint Frances and Obvious Child but with more of a madcap flare. The road-trip comedy begins when straitlaced 17-year-old Veronica (played by a stellar Haley Lu Richardson) discovers she’s pregnant in her high-school bathroom.

After finding out that she can’t get an abortion in her home state of Missouri without parental consent, she desperately looks to her estranged childhood bestie, Bailey (played by an equally impressive Barbie Ferreira), to drive her to a clinic nearly 20 hours away in New Mexico, where she can have the procedure done without her parents or uptight friends finding out. The high-stakes adventure that follows is full of hijinks, physical comedy, and moments of sheer teen stupidity, and yet the film manages to drive home an incredibly powerful message about the inaccessibility of abortion in Midwestern and Southern states and how age, geography, and money can impact these barriers. But while Unpregnant succeeds in illustrating a larger thesis about the state-sanctioned roadblocks to abortion, it fails at developing its supporting characters, specifically Black people, who rescue Veronica and Bailey from peril and help them reach their destination.

It’s hard to tell whether these one-dimensional characterizations of Black people as benevolent saviors are a part of a broad message about prejudice that the writers failed to develop or the result of color-blind casting with no consideration of the stereotypes and problematic tropes being invoked. By the end of the otherwise charming and well-written film, I felt annoyed and exhausted by displays of empathy and sacrifice that so often go unthanked and unreturned by white people, particularly when it comes to the larger political issue of reproductive justice in the United States. For example, Veronica and Bailey first encounter trouble at a pawn shop where Peg (Jeryl Prescott), a stern Black woman named with a biker-chick aesthetic, is running the counter. When Veronica’s manipulative, stalker-ish boyfriend Kevin (Alex MacNicoll) follows her to the shop and tries to stop her from selling the engagement ring he gave her, the woman pulls out a rifle, points it at him, and orders him to leave.

The interaction reads as both a humorous overreaction and a genuine maternal impulse, but it’s an incredibly loaded and unnecessary choice when her character could’ve simply ordered him to leave. Who knows how Kevin would have responded to her command, but the immediate pulling out of a gun—something straight out of a Bugs Bunny cartoon—brings to mind the image of Black women as heroes, saviors, helpmates, and political symbols meant to alleviate the fears and anxieties of white people. This sort of positioning of Black folks within white people’s chaos proves even more problematic in the middle of the film when Veronica and Bailey stop at a diner, where they’re approached by a guy named Jarrod (Denny Love). He walks up to girls and speaks to them in a flirtatious but not aggressive or gross manner, and Bailey disses him. Moments later, when a sheriff and other officers arrive looking for the driver of the stolen vehicle in the parking lot (we find out Bailey stole her mother’s boyfriend’s car), Jarrod jumps up on the table and starts singing “America the Beautiful” to distract the cops and let the girls escape.

Before the film cuts to the girls fleeing outside, the camera stays on Jarrod with his hand over his heart gleefully belting out the lyrics “from sea to shining sea” to a white officer below him. That last image of Jarrod in the diner feels straight out of a Black Lives Matter–themed satirical cartoon. But at no point in the scene does it feel as if director Rachel Lee Goldenberg understands the racial tension and potential dangerous situation she’s representing onscreen. It’s hard to believe that a Black man in Texas surrounded by cops would risk his freedom and possibly his life to help two white strangers get away with a crime, even in the seemingly harmless form of patriotic expression. In a moment meant to be humorous and charming, Jarrod comes off as an eager puppet for white people. Toward the end of the film, notable character actor Giancarlo Esposito plays Bob, a paranoid libertarian conspiracy theorist who Veronica pays to drive her and Bailey on the last leg of their trip.

Overall, the off-putting racial elements in Unpregnant mostly made me long more modern portrayals of Black people getting abortions in film.

There’s nothing really striking about his placement in the story except for the fact that he’s now the third Black person to help Veronica and Bailey. He mostly feels like a gag meant to demonstrate the surprising similarities between people on seemingly opposite sides of the political spectrum. When Veronica tells him that she can’t get an abortion in her home state, he goes on a rant about the government dictating what people can and can’t do with their bodies. It’s important to mention that before the girls meet Bob, they encounter a friendly white couple at a carnival who offer to drive them to Albuquerque. Veronica accepts their offer only to find out they’re aggressive anti-choice advocates who overheard her calling the abortion clinic. In the wackiest part of the film, the unhinged couple takes them to their home, which contains an entire room with antiabortion memorabilia, and tries to kidnap Veronica.

By the time the girls meet Bob, it seems as if Unpregnant is trying to create a larger point about white folks’ perceptions of other white folks as immediately trustworthy and well-meaning versus their perceptions of Black people as threatening and unapproachable. If inserted on purpose, this idea rings true but is riddled with notions of respectability, particularly the idea that Black people should be respected because we might not be as hostile as white people may assume us to be. There’s also the fact that Black people hardly receive the unmitigated compassion and support when it comes to accessing healthcare as white characters like Veronica do. Bailey touches on it briefly during an argument with Veronica, when she suggests that conservative white girls and women like Veronica get to have abortions and deny it. Any viewer with some knowledge of voting demographics in the United States knows that it’s also women like Veronica who end up making it harder for other people to get access to or receive abortions by electing conservative, anti-choice officials.

If only Unpregnant leaned in to this irony a little bit more, its Black characters may not have seemed as detached from reality. Overall, the off-putting racial elements in Unpregnant mostly made me long for more modern portrayals of Black people getting abortions in film, whose geography and economic status often impede their ability to terminate pregnancies as well. Even in the beautiful 2019 film Little Woods, written and directed by Nia DaCosta and starring Tessa Thompson, Lily James, a white actor, receives the abortion. And in the Black romantic film Premature that was released earlier this year, the graphic, melodramatic depiction of the female protagonist experiencing a medical abortion felt as if it belonged in a Christian pro-life film meant to scare potential patients. Unpregnant still manages to accomplish a lot with its funny and affecting script bolstered by two formidable performances by Richardson and Ferriera. But it also illustrates why diversity in the abortion film genre is so urgent.

Read this Next: TV Has Shifted Our Cultural Perception of Who Has Abortions

by Rachel Charlene Lewis
TV shows are learning how to tell accurate stories about marginalized people who have abortions.