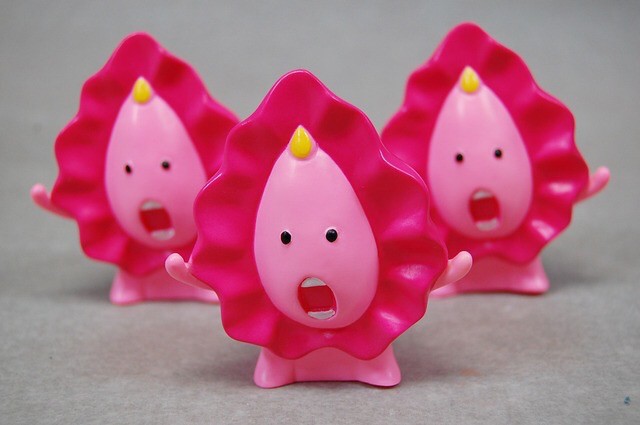 Last week, Japanese artist Megumi Igarashi was convicted of an unusual crime: distributing plans online that enable people to print 3-D replicas of her vulva. The Japanese government fined her 400,000 yen, or about $3,700, declaring the art project—which aims to destigmatize this basic part of human anatomy—is obscene.

The controversy is nothing new for Igarashi, who goes by the artist name Rokudenashiko (“good-for-nothing girl”). Igarashi honors and popularizes the pussy (“manko” in Japanese) in her work. Vulvas are seen as “obscene” because they’re hidden, Igarashi explains on her website. “I wanted to make the vagina more casual and pop.”

She has created a variety of bright, funny pussy-themed projects, like dioramas, adorable figurines, and iPhone cases, using plaster casts of her manko. In 2014, she created her best-known project: the Vagina Kayak. Using a 3-D printer, Igarashi built a boat based on a rendering of her manko. She rowed the full-size kayak through Japan’s Tama River. The event made international headlines. 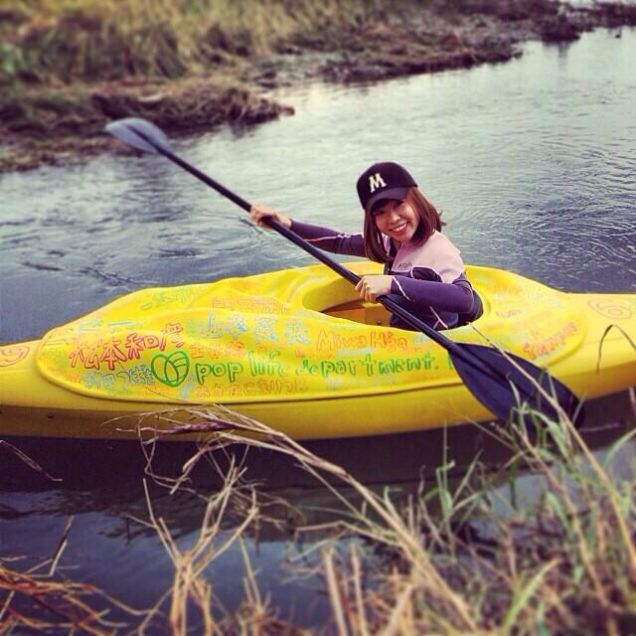 Nine months later, police invaded her house. She was arrested on obscenity charges, and many of her belongings were confiscated. This week, the government’s fine coincides with the U.S. release of her illustrated memoir, What Is Obscenity: The Story of a Good for Nothing Artist and Her Pussy (Koyama Press). The book collects autobiographical comics that Igarashi first published as a serial in Japanese magazine Weekly Friday. The graphic memoir not only details Igarashi’s personal experiences with pushing back against the taboo treatment of vulvas but also contains helpful asides that explain aspects of Japanese culture that play into her story. I talked to Igarashi through the book’s coeditor and translator, Anne Ishii, about moldmaking, smartphone games, and feminist art. 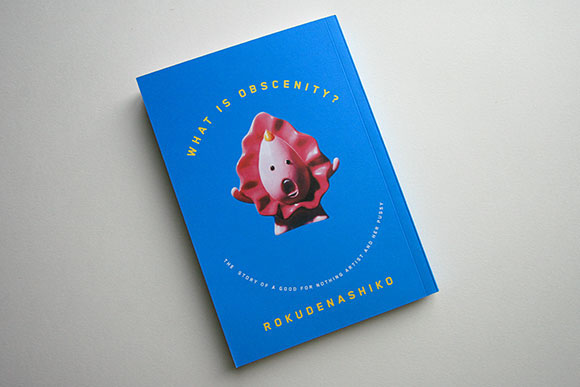 RACHEL DAVIES: Before you started making manko art, did you have prior experience in 3-D prints or moldmaking? How did you decide that molds were the way to transmit this idea?

MEGUMI IGARASHI: I haven’t had experiences with those formats before, but I was just going with the flow. I thought it would be interesting formats to work in. For the casting, I was going to a dentist at the time while I was making manga about manko. I realized they were taking a mold of my mouth and I thought, If it’s safe for your mouth, it must be safe for the pussy. The dentist happened to be a friend of mine, so I asked them to give me some plaster. As for the 3-D digital scan technology, I was thinking about how it’s very time consuming to make each molding [and they’re very small]. I decided to digitize the information so I could scale it both in quantity and in size. Just then it happened that in the news they were talking a lot about 3-D printers. I realized it was perfect, and the rest is history.

Had you ever imagined this would become of international interest? Or did you want to make a difference specifically within Japan?

I didn’t really have any intention other than to call out in public how strange it was that we can’t say “pussy” out loud. It struck me as strange, and it still strikes me as strange. It wasn’t that I wanted to make news, but of course, since I’ve been arrested, it’s been making news. My motivation for this remains the same—why can’t we say “pussy” out loud?

While being taken to jail, the police informed you that they had visited your art show twice—not just observed your work online. Do you worry that the police are still keeping an eye on your work?

Actually, it’s the opposite—I want them there. I would give them free admission. At all of my events I say, “Police officers get a discount; show us your police badge and you get a 50 percent discount!” So far nobody’s taken me up on that. [Laughs.]

You wrote that you considered moving to America while in jail. Do you still consider this? Can you describe the difference of how Americans approach your manko art?

I still do wonder if I need to move abroad because it is so taboo in Japan, and I have been convicted on the one charge. But then I think about being in a place that, as a given, would accept this point of expression, and at that point, it becomes moot, because the point is, I need people to know that [not saying pussy] is stupid and weird, and I can’t really do that in a place where [that is already understood]. 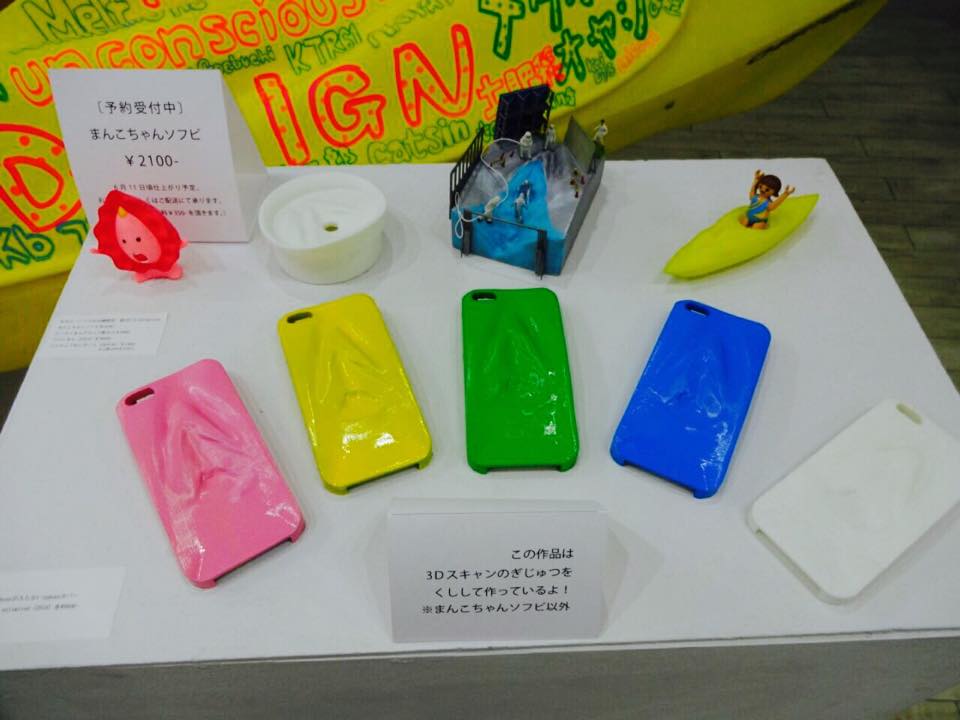 iPhone cases made from molds of Rokudenashiko's manko.

In your list of goals that was taken in the police raid on your house, one item expresses the wish to make a manko smartphone game. Is this a goal you’re still working toward?

I had a list of resolutions that I pinned up on my wall for 2012 that included a bunch of things. Everything’s pretty much come true—except for meeting and befriending Lady Gaga. I did develop a game but it never got distributed; we never got to sell it or put it up on iTunes. I have a friend who is knowledgeable about game developing, so they did it, but it’s in an iPad that has been confiscated by the police.

In What Is Obscenity, you write of being paid for dates as a student. How did these personal experiences influence your journey with manko art?

Feminism in Japan, suffice to say, is not compulsory education. I think a lot of women and girls are trained to believe that men will protect them and give them money if they’re cute and do the right things. That’s sort of the “compensated dating model” that girls fall into, and it seems completely normal. Which it should because they’re not told otherwise. [Feminism] becomes something you have to study in college and opt into. That seems very elitist to me. In that sense, these experiences [show] it is important to communicate to the people on the ground who are having to do compensated dating or who can’t afford college.

What was the general response to the What Is Obscenity comics when they were first serialized in the magazine Weekly Friday?

I think mostly people were just surprised to learn how awful it is to be arrested in Japan. People in Japan don’t realize what that process is like and how horrible the police can be. Until this came out, a lot of people believed, because of the lack of information available, that arrest equaled guilt, when they don’t understand that arrest only means you’re under questioning. It only casts doubt, it doesn’t convict you. A lot of people said they were surprised to learn that they had misunderstood what it meant, and that the police would put so much pressure on their arrestees, and that the jail is this horrible, horrible pressure situation where you’re told to admit guilt because it’s easier to do that. Meanwhile, my art style isn’t gritty or hyperrealistic, so people did remark on how it was very bright and lighthearted for the subject matter—I think that was a good thing. 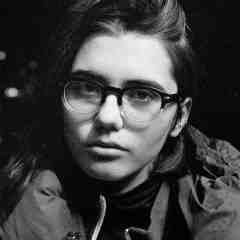 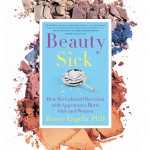