On “Veep” and “Shrill,” Abortion Is Safe, Legal, and Sometimes Funny | Bitch Media

You Can Laugh If You Want To“Veep,” “Shrill,” and TV’s Abortion Plotlines 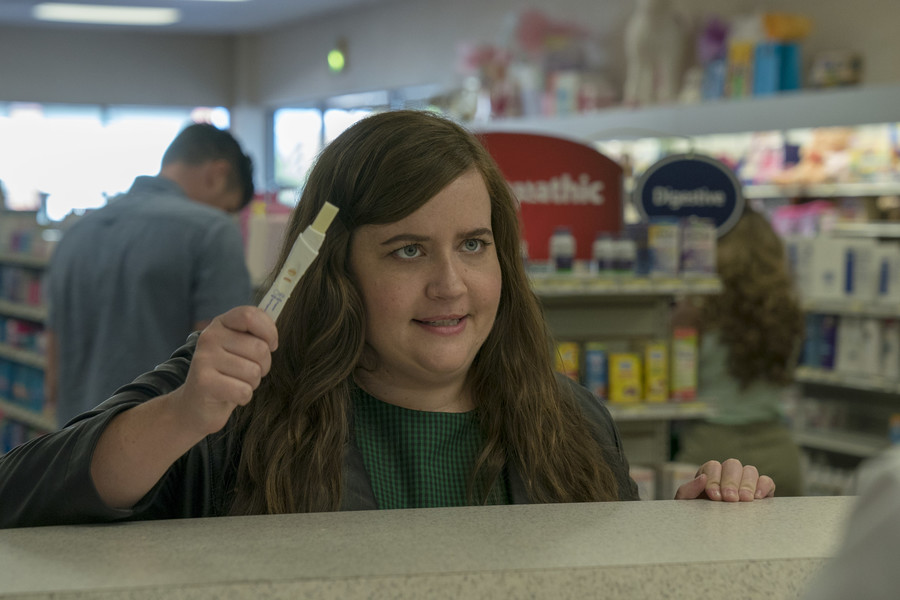 In its seventh and final season, HBO’s VEEP is already delivering the acerbic joy we’ve come to know and love from this cast of fundamentally awful yet somehow still likeable characters. Selina Meyer (Julia Louis-Dreyfus) is campaigning for president and struggling to balance her visceral hatred of people with the need to rustle up votes. Former press secretary Mike (Matt Walsh) now works for BuzzFeed and is trying to fit in with his younger colleagues by taking speed and wearing fedoras; doomed, put-upon Gary (Tony Hale) remains as loyal as a dog sitting by its dead owner for weeks; and Catherine (Sarah Sutherland) and her devoted, ex–Secret Service partner, Margorie (Clea Duvall), are navigating parenthood.

And then there’s Selina’s former “trouble-shooter, problem-solver, issue-mediator, doubt-remover, conscience-examiner,” Amy (Anna Chlumsky). After a night of what we can reasonably presume was hate sex with longtime rival Dan (Reid Scott), she finds herself pregnant—and, for a short while, considers having the baby. But after considering the constant demands of her career (and discovering Dan’s revolving door of younger women), she decides to seek an abortion. The episode, titled “The Pledge,” takes us through the resulting experience, as Amy makes the appointment, pushes her way through a throng of screaming protesters at the clinic, and recovers in a hotel room as Dan hands her iced maxi-pads (clearly, this isn’t his first rodeo).

The storyline unfolds with the same mix of crudeness and flippancy VEEP brings to everything from death to sexism to sexual assault. Amy’s abortion is not a tragedy; it’s not even particularly somber. It is, more than once, the punch line or set-up for a joke: When Dan accompanies Amy to the clinic, for instance, he recognizes the medical equipment and remarks on the top-of-the-line “vag vac.” But the abortion isn’t just a joke either nor is Amy’s experience portrayed as one-dimensional. We see her consider what a pregnancy would mean for her work and her relationships. We see her realize, once and for all, that Dan is not cut out for fatherhood. She gets choked up as she shouts down the protestors outside the clinic, and once inside she hurries along the provider as they mention their obligation to discuss “options” with her.

“The Pledge” received mixed reviews: The Daily Beast called the episode’s handling of the plot point “outrageously dark,” and, perhaps predictably, it also caught the attention of anti-abortion outlet LifeNews, which called it “particularly crude.” But as Chlumsky told The Hollywood Reporter, everyone involved in the episode knew Amy’s abortion wasn’t going to reflect a universal experience—and that was intentional. “Something that we really, really wanted to do was to address this part of so many women’s lives in a way that was really specific to Amy’s journey because the only way, in my opinion, to respect everyone’s experience is to honor the fact that it’s individual,” Chlumsky said.

This isn’t the first time VEEP has tackled the issue of abortion. In the season-three episode “The Choice,” Selina was faced with the challenge of articulating her own stance on the issue, and in the process gave viewers an inside-baseball look at how absurdly overcautious politicians are about what should be a straightforward issue. The humor in “The Choice” comes from the political necessity of linguistic eggshell-walking around the subject of abortion. For Selina, abortion itself isn’t controversial, and watching Gary usher around religious leaders and reproductive-rights heavyweights (and, in a particularly futile moment, lay out fruit to illustrate the stages of fetal development) while Kent drones on about polling exhausts her. As they agonize over trimester terminology, Selina looks at her staff and posits, “Maybe I should just say, ‘Get the government out of my fucking snatch.’”

The rhetorical waffling and gratuitous delicacy around discussing abortion feels true to what we’ve come to expect from candidates on the national stage. But it’s also what, in contrast, makes the bluntness of the show’s fictional politicos so refreshing. And not just refreshing: It’s also realistic. Abortion is an incredibly common experience; it’s estimated one in four women will have one in their lifetime. And while anti-abortion rhetoric centers in large part on the idea that women inevitably regret or are haunted by the procedure, research repeatedly indicates that the vast majority of women who have abortions actually experience relief. The anti-abortion fiction of “post-abortion syndrome,” too, has been contradicted by studies finding no correlation between abortion and adverse mental-health outcomes. But even those who do experience regret about having an abortion are also likely to feel that the decision was right for them at the time they made it. What’s more, women denied abortion care report feeling more regret and anger than those who received it.

The rhetorical waffling and gratuitous delicacy around discussing abortion feels true to what we’ve come to expect from candidates on the national stage.

VEEP’s pointed snark is one way to emphasize that abortion no longer requires a Very Special Episode. The recent Hulu series Shrill (based on Lindy West’s 2016 book of the same name) also comes at the topic with realistic clarity and simplicity. In the show’s first episode, lead character Annie (Aidy Bryant) learns too late that the morning-after pill is less effective for people who weigh more than 175 pounds. And though this revelation rightly drew attention to a critical but not widely known flaw in FDA labeling, Annie’s abortion itself couldn’t have been more lowkey. Annie, like Amy, discusses her options; she confides to her best friend, Fran (Lolly Adefope), that being fat has always made her worry that she’d miss her chance to be a mother; and she wonders if that fear is enough reason to continue her pregnancy.

During the procedure, the camera focuses on Annie’s face as a provider explains each step of the procedure as it happens. And later, Annie explains her abortion decision to her not-even-a-boyfriend, Ryan (Luka Jones), assertively and without apology, remaining resolute even as he responds with self-centered apathy before completely blindsiding her with the fact that he already has a child of his own that he’s never told her about. That Annie feels an obligation to share her abortion decision with Ryan while he has failed to tell her about an actual child really speaks for itself.

The abortion plotline in VEEP remains a point of conversation and jest for a number of episodes after the actual procedure; in a later episode, Dan runs into Amy’s abortion provider at a bar. When he asks her how they know each other, she reminds him he brought a woman into her clinic to have an abortion, prompting Dan to remember, out loud, that he has to pay Amy back for half of the abortion. When he pivots seamlessly to asking the doctor if he can buy her a drink, she chides, “You can buy me half a drink.” In contrast, Annie’s abortion is never mentioned after Shrill’s first episode. The humor surrounding Amy’s abortion reflects the reality that for many people, terminating a pregnancy is not a sad or tragic decision; the relative insignificance of Annie’s within Shrill’s larger narrative is likewise illustrative of how, when you strip away the bombast of the anti-abortion movement and the mainstream media that amplifies it, abortion is a common and unexceptional reality.

Both depictions give crucial visibility not only to varied abortion experiences, but to the ways that such decisions depart from the finger-wagging, fearmongering narratives of media, pop culture, and politics. The way abortion is depicted in pop culture has seen started to shift in recent years, thanks to evolutions in pop culture itself including streaming services and their lack of dependence on ad revenue, as well as a viewer market rightfully calling for more diversity and honesty in representation. And with an increase in abortion storylines and plot points comes increasingly accurate reflections of who has abortions and why. Nuance—in this case, an understanding that abortion is not a one-size-fits-all experience, that it can involve levity, or nonchalance, or crudeness—is a vital part of that realism.

Read this Next: Big as Life 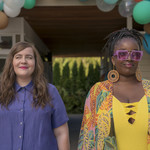 by Jourdain Searles
Aidy Bryant brings humor and positivity to a role that could have easily fallen into stereotype with a lesser actress.