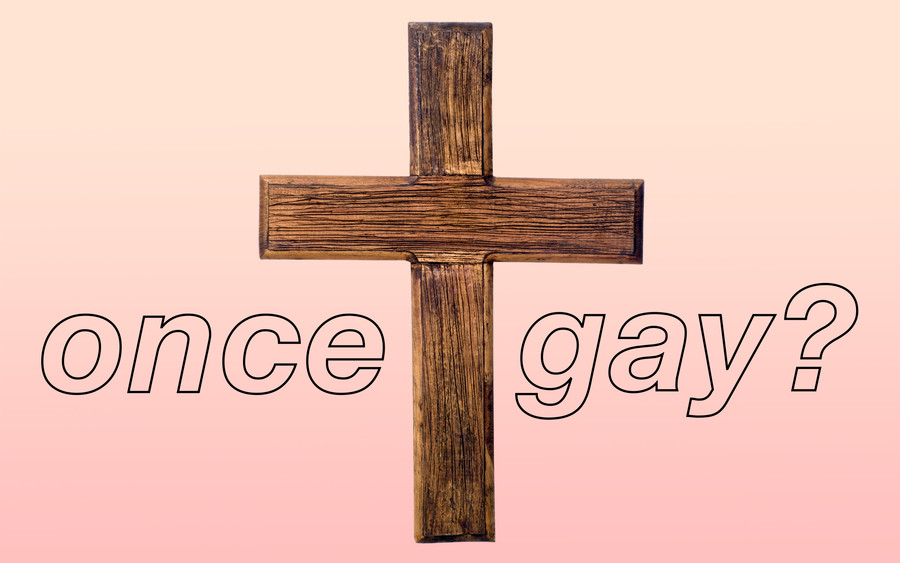 In April 2018, Changed Movement joined Instagram with a simple bio: “CHANGED is Possible. #oncegay.” Changed Movement’s hashtag seeks to collect the stories of people who were, as it says, once gay. Their username used to be @oncegay, reflecting their commitment to this message—and the idea that accompanies it: “You were once gay, and now, you’re not. We fixed you.” One of their most popular posts reads, “Can a person leave homosexuality behind?” with the stark-white phrase splayed against a black background. Their answer is an unequivocal yes. The entire account is based around the idea that conversion therapy not only works but is worth pursuing so that queer people are able to “look deeper, to go beyond the cultural labels and expectations, and to find lasting fulfillment.”

I learned of the Instagram account when some queer people began angrily sending comments their way; it was jarring to see conversion therapy being promoted on Instagram of all places given that it’s supposed to be a fun, time-sucking platform, not a dangerous, triggering one. We know that conversion therapy, defined by the American Psychological Association as “methods used that attempt to change the sexual orientation of LGBTQ individuals to heterosexuality,” is an extreme form of violence. The practice leads to more LGBTQ dying by suicide, destroys self esteem, and, simply, does not work. In 2019, JAMA Psychiatry released the first major study about the impact of conversion therapy on trans people, which found that “lifetime and childhood exposure to gender identity conversion efforts are associated with adverse mental health outcomes.”

The researchers found that conversion therapy is especially detrimental to young trans people, writing, “For transgender adults who recalled gender identity conversion efforts before age 10 years, exposure was significantly associated with an increase in the lifetime odds of suicide attempts.” Death by suicide is one of the major side effects of conversion therapy, and it’s extremely concerning that a platform where we share photos of our lunches, selfies, and cheesy inspirational quotes is housing such violence. The largest demographic of Instagram users are between the ages of 18 and 24, though it’s likely that Instagram has many users under the required age of 15—they just can’t report on those users since technically they aren’t supposed to be on the platform to begin with—and it’s terrifying that young people, especially those who are queer and vulnerable, are coming across these accounts.

In 2018, Facebook (that company that owns Instagram) was called out for approving ads that promoted conversion therapy. The ads, which specifically targeted toward those who had marked an interest in “gender issues,” promoted conversion therapy as a solution to being “sexually impure.” According to the Telegram, one user saw a Facebook ad for a video titled “Homosexuality Was My Identity” that presented conversation therapy in a positive light after she’d liked LGBTQ pages. “We do not allow ads that promote gay conversion therapy or that imply personal attributes about people, like their sexual orientation,” Facebook told The Wrap in response. “We quickly removed these ads after further review. While enforcement is never perfect, we’re always working to find and remove ads that violate our policies.”

Though Changed Movement is one of the most popular conversion therapy accounts on Instagram, it’s not the only one or the one with the largest following. It’s a sub-account of Bethel Church (@Bethel), a church in California that joined Instagram in 2012. The organization’s founders, Ken Williams and Elizabeth Woning, have strangely expansive online presences, all of which are linked to conversion therapy. Woning’s LinkedIn says that she works with Visibility Ministeries as well as the River Revival Network, while Williams has an $85 DVD set that offers a supposedly “comprehensive” look at homosexuality in the context of the Christian church. Woning once had a Facebook and Instagram account, but they’ve been taken down; instead, she has a relatively quiet Twitter account.

Together, they’ve also published a book that includes quotes from 37 people who want to protect the “right” of Californians to push conversion therapy, and they promote another organization, Equipped to Love, where they share their experience with “walking away from homosexuality.” Their Bethel Instagram account has nearly 700,000 followers, and the link in its bio drives to a page of additional links ranging from a leadership conference to their podcast to, of course, their go-to question: “Can a person leave homosexuality behind?” The landing page leads to the website for Changed Movement, which features a large group of mostly white people sharing their stories of being “changed.”

The Changed Movement account has spawned controversy as well as an oppositional account: Unchanged Movement, created by Q Christian Fellowship to help change the perception of LGBTQ Christians. “Changed is a small group of well-funded and well-connected people who identity as ‘once gay,’ using that terminology interchangeably with phrases such as ‘leaving LGBTQ behind,’ ‘ex-homosexual,’ ‘ex-LGBTQ,’ and more,” says Nathanial Green, the communications manager for Q Christian Fellowship and a queer Christian. Changed isn’t just active on social media, Green explains, though it very much extends their reach. “Changed, though a relatively small group, is backed and amplified by a local church with significant influence in the greater church; Bethel’s music alone is sung by millions every week, and its sermons are streamed by hundreds of thousands.”

Thanks to its visual format and popularity—1 billion people use Instagram every month—Instagram offers a built-in rebranding opportunity for organizations like Bethel to tap into younger, “cooler,” demographics, almost like the youth group pastor who stays abreast of pop culture to avoid coming across like the conservative homophobe he very much is. Just as the youth pastor is able to grow out his hair and grab a guitar to seem less threatening, these conversion therapy accounts are able to whip up on-trend branding and dress up as something relatable and no different than any other inspirational quote-based Instagram account.

“Their public communication happens through their Instagram account, and they have a relatively small, private Facebook group for people who assent to their message and are participating in the ‘once gay’ journey,” Green says. “Their marketing is modern, beautiful, and fits Bethel’s popular Pacific Northwest aesthetic that resonates with Christian youth and millennials. Sharing an old, disproven ideology in new packaging lends it legitimacy with a demographic shaping the future of Evangelical Christian culture in the United States.”

Without social media, Woning, Williams, and Activist Mommy—an Instagram account with more than 40,000 followers that regularly slams queerness— would be relegated to personal blogs with limited reach. But with help from Instagram, they’re able to expand their reach to those who are most vulnerable to their violent teachings. “The Changed Movement uses its website and social media to disseminate its message, and they’ve compiled their ‘once gay’ stories into a book they sell through their site,” says Green. “Given its proximity to power and platform, Changed is uniquely positioned to harm vulnerable LGBTQ Christians around the world.”

Instagram may like to appear neutral, but it’s taken political stances before, whether it’s shadowbanning the accounts of sex workers or censoring images it deems inappropriate—often a loaded, poltiicized decision in and of itself. In the same way that Instagram recently banned weight-loss products on the platform, it’s time for the platform to recognize the damage done by conversion therapy and take a stance here, too. Otherwise, we can only expect Instagram to continue to be a hub for these dangerous accounts, and for any number of their users to succumb to their lies.