Authors Are Ruining Their Readership with Their Twitter Personas | Bitch Media 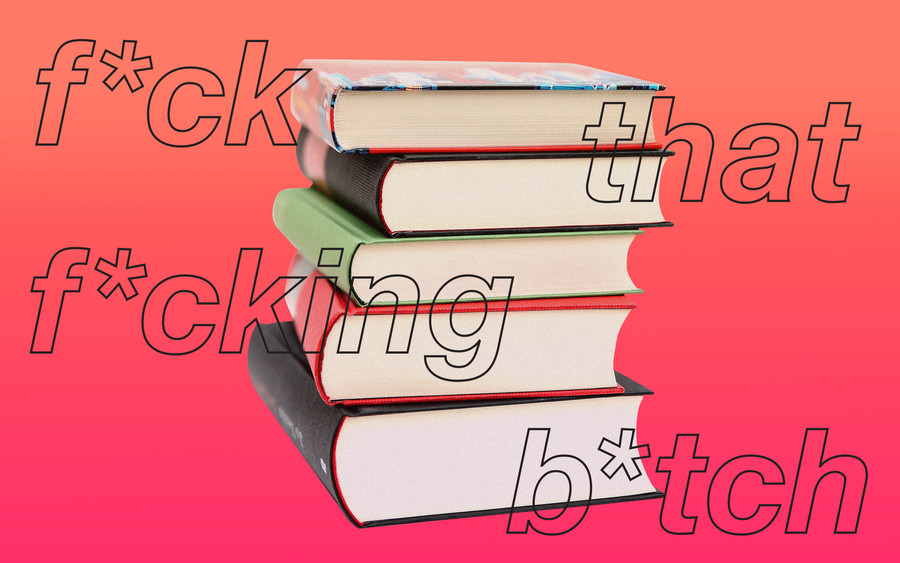 On November 12, the Aberdeen News ran a story about the 10-year anniversary of Northern State University’s (NSU) Common Read program. Over the years, a committee of students, professors, and those who live in Aberdeen, South Dakota, have selected a range of books, from Jeannette Walls’s The Glass Castle to Angie Thomas’s The Hate U Give, for the school’s first-year students to read. Brooke Nelson, who was then a junior at NSU, volunteered for the committee, specifically because she wanted to advocate for specific books that “push readers to stand against the racial inequality that the judicial system perpetuates, to consider the heritability and influence of tradition and trauma, and to contemplate what brings meaning to one’s life.”

Sarah Dessen’s young-adult novels didn’t live up to that standard for Nelson, who told the Aberdeen News, “She’s fine for teen girls. But definitely not up to the level of Common Read. So I became involved simply so I could stop them from ever choosing Sarah Dessen.” Instead of Dessen’s book—or one of the 50 other books being considered that year—the committee selected Bryan Stevenson’s 2015 book Just Mercy: A Story of Justice and Redemption because, as another student told the Aberdeen News, it “spoke about the injustice that can occur within our justice system through the stories of real people.” Under normal circumstances, those outside of Aberdeen would’ve never come across such a hyperlocal piece, but it became national news, thanks to the ever-growing reach of Twitter.

Somehow, Dessen came across the article (though how she learned about it is unclear) and decided to tweet Nelson’s quote with the caption, “Authors are real people. We put our heart and soul into the stories we write often because it is literally how we survive in this world. I’m having a really hard time right now and this is just mean and cruel. I hope it made you feel good.” The pile-on came swiftly, with Dessen’s readers and her fellow authors immediately flying to her defense. Bestselling author Jennifer Weiner even left a comment on the article itself:

“It’s hard to know what’s sadder: that Brooke Nelson has internalized misogyny to the extent that she can see nothing of worth in books beloved by “teen girls” but is presumably impressed with the merits of a book centered around video game culture that is beloved by teenage boys; that Nelson joined the committee not to champion a book or a genre but to keep a specific author’s work out of contention; that she bragged about her actions, as if she’s done some great service to literature, or that Nelson graduated with an English degree, is pursuing graduate work in English, and will someday be foisting her sexism and elitism on the next generation of readers.”

Other critics called Nelson sexist for daring to have an opposing viewpoint of Dessen’s work and used her quote as the linchpin for a bigger discussion about young-adult authors not receiving the respect they deserve because teenage girls are their primary fanbase. Roxane Gay tweeted that Dessen now had a “nemesis.” Authors Siobhan Vivian and Dhonielle Clayton also responded, egregiously tweeting, “Fuck that fucking bitch,” and “fuck that RAGGEDY ASS fucking bitch,” respectively. Northern State University also apologized to Dessen.

Authors are arguably on Twitter for a singular reason: promoting their work. In 2019, however, promotion doesn’t just take the form of repeatedly sharing links or reminding your Twitter followers that you’re an author. Instead, promotion is essentially about building a cult-of-personality brand where the books are an extension of the persona. Authors aren’t just authors anymore; they’re influencers. “These influencers (such as Roxane Gay, Margaret Atwood, Joyce Carol Oates, Neil Gaiman, Stephen King, John Scalzi) are servicing and building on their existing fan base by sharing their opinions on current events, writing tips, announcing events and new books,” Allison K. Williams, a writing coach and social media strategist, says. “Twitter functions as part of their PR machine.”

There’s a real impetus for being active on Twitter. Authors are encouraged to engage with their readers, and that sometimes means getting their hands dirty since Twitter’s very nature requires users to hop in and out of conversations—and have enough discernment to know what topics not to engage with. “Publishers, to varying degrees, care about (or at least know) an author’s platform and their brand,” Alaina Lavoie, communications manager for We Need Diverse Books and social-media strategist for authors and publishers, says. “It has an impact on publishing because it can change decisions about who gets published, who gets a second or third book deal, whose books are sold at auctions for six or seven figures. Publishers are paying attention to online hype about books and authors.”

There are new conversations occurring daily on Twitter, no matter which segment of Twitter (gay Twitter, Black Twitter, book Twitter, etc.), a user is part of. While all authors aren’t as quick to join discussions, some writers are eager to add their voices to the mix—even when the subjects are controversial. That’s when building a persona gets even more complicated. “Many authors  consider their writing to be political and use social media to discuss their views and opinions,” cultural critic and digital strategist Ella Dawson says. “Some authors use their platforms online in responsible, thoughtful ways that can expose their readers to a wider political consciousness. But when an author has a political perspective that their readers didn’t expect, things can get weird quickly.”

It’s not all business, though. Dawson notes that “authors, like all humans, use social media to blow off steam too.” “Social media can feed into our kneejerk, reactionary impulses when we’re upset, and authors squabble and vent on Twitter all the time,” she continued. “Industry rivalries or cliques are visible online in an unprecedented way, which is a double-edged sword: It can expose bad behavior or it can make everyone involved look like an asshole.” When cliques converge on social media, as is the case with Dessen, it can spiral—quickly. Dessen’s supporters didn’t just share a simple “I’m sorry to hear that!” They were cruel and almost violent, all-caps tweeting their rage and immediately siding with the author based on little more than a screenshot. Dessen didn’t link to the larger article or provide much context, but because she’s such a successful author, her fans appeared to take Nelson’s opinion as a personal attack on their literary tastes.

Her connection with other authors—some of whom didn’t even know her personally—also poured fuel on the fire. Not only was this a flashpoint for authors, but it’s a flashpoint for readers, some of whom feel torn between defending authors they’ve closely followed and letting go of their work because of their bad behavior. Jen, an editor and social-media strategist, explains that there’s additional risk for readers, who may feel nervous about engaging with authors following such harsh attacks. “Authors are slowly being held accountable for behavior like this, which is good, but the damage has already been done,” says Jen. “I’m seeing that readers are downright scared to interact with bigger authors at this point, fearing they’ll be maliciously misinterpreted and quote tweeted with the goal of having their fans attack them.”

Do authors, especially those as successful as Dessen, who has written more than a dozen bestselling books and has more than 265,000 Twitter followers, have a responsibility to be more careful with how they wield social media? “A book is this physical, solid object that you carry around with you. The words are printed and that’s it,” writer, editor, and former social-media manager Eva Recinos says. “On Twitter it’s a whole different game. It’s strange to think about how you can tell people about your favorite book/author and they can say ‘She’s hilarious on Twitter’ or ‘ I don’t really like what she tweeted about x, y, z.’ It’s up to readers to decide how [an author’s] social-media [presence] changes how they view a book.”

If authors like Sarah Dessen are going to continue using Twitter to build brands and authentically connect with readers, there’s one thing they need to prioritize: self-awareness.

As authors increasingly become influencers with literary brands, there’s one question that’s being overlooked: Who determined that we want to know our favorite authors so intimately? A part of me misses the days where a cover or a title called out to me at a library or a bookstore and I didn’t immediately know that the author tweeted something funny once or that their digital fanbase retweeted the hell out of a screenshot of their book announcement. Of course, there’s a downside to authors being more private: It will be easier for certain authors, especially white, established authors, to land a good spot in a bookstore or be requested at a library.

Twitter, in many ways, is an equalizer. Authors from underrepresented communities can market themselves, even if their publicity teams are less than supportive or they’re finding it difficult to stand out in an oversaturated publishing landscape dominated by white people. Lavoie explains, “It’s expensive to travel to or live in New York City or Los Angeles or to [attend] conferences and conventions (not paid for by a publisher) in the hopes of networking, selling a few books, or picking up publishing tips.” Twitter is also a community-building tool for authors who might otherwise be isolated. “I find it encouraging to hear from authors about their struggles, their successes, their upcoming projects,” Recinos says. “But I think the real connection is between you and the book.”

Ultimately though, behaving badly on Twitter might not have the impact that critics, myself included, believe it will. “For established, influencer authors, any publicity is good publicity,” Williams suggests. “In six months, most people won’t remember how Dessen self-sabotaged on Twitter, but their eyes will go to her name on the shelf.” But this isn’t an opportunity every single author has access to. Lavoie points out, “One mistake for a marginalized author—especially for a person of color—can be detrimental to their writing career.”

After being called out for attacking a college-aged woman, Dessen tweeted an apology: “I want to apologize to the person who was quoted. I’m sorry. Like most authors, I hear all the time from people who don’t like my work. It’s part of the job. With a platform and a following, I have a responsibility to be aware of what I put out there.” Other authors who rallied behind Dessen apologized as well. If authors are going to continue using Twitter to build brands and authentically connect with readers, there’s one thing they need to prioritize: self-awareness. As their follower count grows and they accrue popularity, they need to remember they aren’t just random people tweeting about their daily frustrations. And if they wouldn’t scream at someone at work for daring to recommend one book over theirs, it’s not in their best interest to do the same on Twitter. Because every follower is a potential reader—or a potential “nemesis.”