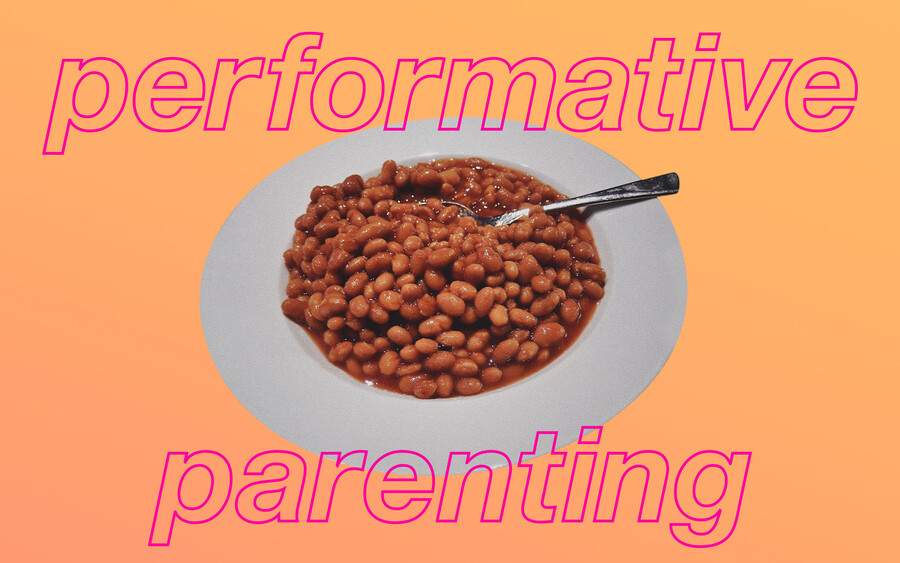 On January 2, Twitter became consumed by the tale of the so-called “Bean Dad.” Musician and podcaster John Roderick tweeted about teaching his 9-year-old how to feed herself by refusing to help her do just that. “So, yesterday my daughter (9) was hungry and I was doing a jigsaw puzzle so I said over my shoulder ‘make some baked beans,’” he wrote in the now-deleted thread. “She said, ‘How?’ like all kids do when they want YOU to do it, so I said, ‘Open a can and put it in [a] pot.’ She brought me the can and said ‘Open it how?’” Eventually, she figured it out: “She struggled for a while and with a big, dramatic sigh said, ‘Will you please just open the can?’ Apocalypse Dad was overjoyed: a Teaching Moment just dropped in my lap!” The response was explosive.

Outlets ranging from Refinery29 and the Washington Post to the Seattle Times rushed to explain the suddenly viral situation. Online, multiple commenters called Roderick a bad dad, saying he let his kid go hungry instead of helping her. “From one Dad to another, this story is nothing to be proud of,” one user tweeted. “She will not be better off than the child whose parent was caring and supportive and taught her,” wrote another. Others sympathized with the daughter based on their own experiences, noting the times they needed help from a parent and were rejected. Some sympathized more with Roderick himself, saying that it can be difficult to walk the line of offering lessons in self-sufficiency and intervening in moments of difficulty. Too, they noted that the tweet felt, ultimately, like more of a joke: “I think the guy told a humorous story—I’m not even sure he meant for it to be taken seriously,” one person offered on Twitter. The moment was so tense that Roderick deleted his Twitter account and, three days later, published an apology. He wrote: “What I didn’t understand when posting that story, was that a lot of the language I used reminded people very viscerally of abuse they’d experienced at the hand of a parent. The idea that I would withhold food from her, or force her to solve a puzzle while she cried, or bind her to the task for hours without a break all were images of child abuse that affected many people very deeply. Rereading my story, I can see what I’d done.”

Roderick also took the opportunity to address the racist and antisemitic tweets that Twitter sleuths had unearthed in the interim. In general, the Bean Dad saga served as an illumination of the sometimes bizarre ebbs and flows of Twitter discourse, its algorithm dependent on surfacing a new main character to keep each day’s discourse going: When, in any other context, is gossiping endlessly about and firing off our thoughts about the personal relationships of complete strangers actually worth our time? But it was also another episode in the ongoing phenomenon of performative parents who use social media to showcase both their children and their own interactions with those kids. If it’s a strange time to be a parent on today’s internet, it may be an even stranger time to be a child. Unborn babies have Instagram accounts—look at former Bachelor star Arie Luyendyk, whose daughter had an Instagram before she’d left the womb, with first-person posts written by her parents. Child Instagram influencers amass hundreds of thousands of followers before they set foot in kindergarten. Kid YouTube stars become miniature media moguls—Ryan Kaji of Ryan ToysReview, for instance, became the platform’s highest-earning star in 2018, earning a reported $22 million before his eighth birthday.

This exposure is intensified when parents take to these platforms in attempts to mine humor from their own parenting exploits—in particular, their attempts at “creative” consequences and punishments. It’s bad enough that kids have to worry about their peers sharing private communications or embarrassing photos online; having their own parents use them as attention-getting content is another thing entirely. In 2012, a North Carolina father took to YouTube to read a post written by his daughter. She’d originally posted it on a secret Facebook page as a way to vent to friends about frustration with her family; to punish her for doing so, however, her father took it to YouTube, where it currently has more than 42 million views. In 2015, a Denver mother discovered that her daughter was pretending to be 19 online, and punished her by demanding she film a video—one that’s garnered more than 10 million views—in which, in sobs, she explains her real age. (The mother’s other option? “A whoopin.’”)
Elsewhere, clips of parents destroying their “spoiled” childrens’ video games and other electronics are edited together in YouTube compilations that pull in millions of views. Each time, a frenzy breaks out, with viewers desperate to judge both parent and child. In one of the most controversial videos, in 2018, Ohio father Matt Cox posted a video on Facebook Live that shows him following his 10-year-old daughter in his car as she walks to school in freezing weather; it’s a punishment, he explains in voiceover, for her bullying others on the school bus. Its caption proudly reads “[L]esson learned! Still has all her extremities intact [and] is happy and healthy and seems to have a new outlook on bullying as well as a new appreciation for some of the simple things in life she used to take for granted.” In the last two years, the video has garnered more than 216,000 likes and 116,000 comments; as recently as two weeks ago, parents continue to congratulate Cox with comments like “Good Job Sir!” It’s just a life lesson—how harmful can it be?
Nobody would argue that parenting in the time of social media is easy. Roderick noted in his apology that he was trying to land a joke, though he doesn’t explain why he made so little effort to frame it as such. Given a media culture that encourages parents to use their children in prop comedy—take, for example, Jimmy Kimmel’s annual prank in which parents tell their children they ate all of their Halloween candy, a moment that tends to result in crushing disappointment and crying, with an occasional more accepting stance on the part of the child—Roderick may have assumed he was tweeting into a space where he would be understood. Of course he wouldn’t starve his kid—no one would, would they? But that’s not true. Plenty of parents are abusive and cruel; too many harm and traumatize their children in the name of “life lessons.” Roderick, like so many of Twitter’s Main Characters, assumed context based on experiences that he believed was universal. (As of 2020, Kimmel’s team has decided to cease the annual candy-prank video.)

Parents risk a lot by trading the trust of their children for the fleeting attention of strangers. And it’s parents who shouldn’t be shocked when the audience they invite in has something to say about it.

The reactions to these recorded punishments, meanwhile, are a kind of a microcosm of larger double standards around race and class. Not all parents are held to the same standard that assumes best intentions; even with the backlash, Roderick, as a middle-class white father, had more clearance to play around with the idea of withholding something from his children than many other parents might. As author Mikki Kendall noted in a January 4 tweet, “The funny/not funny thing about the Bean Dad discourse? If a Mom had tweeted that thread, no one would be insisting it was a comedy bit or a lesson in problem solving. The emergency abuse hotline would have rung off the hook three tweets in.” Social-media platforms are uniquely poised to expand the reach of what would once have been stories shared between parents on playgrounds and soccer fields. And their messages now have the potential to rapidly go viral and tap into an audience of strangers and their own experiences in childhood and in parenthood. As we know, platforms feed on controversial topics, and what’s more controversial than parenting?

Take Facebook, which has largely failed to moderate child abuse—and has, if anything, become one of the leading sources of explosive parenting content. Forget gender reveals gone wrong or America’s Funniest Home Videos–style family goofs. On Facebook and other social media platforms, we’re dropped into strangers’ most fraught parenting moments devoid of any nuance or context. In the 2019 Refinery29 piece “Insta-Parenting: Why We Can’t Stop, Won’t Stop Sharing Pics Of Our Kids,” Kathleen Newman-Bremang explores how social media has impacted motherhood in particular, noting the increasing number of studies that attempt to quantify the impact on children of having their entire lives documented online by their parents and other well-meaning family members. What would have once been a silly family photo can now be taken entirely out of context and memed and critiqued; what might have faded from both Roderick and his daughter’s memory becomes a swiftly chewed-up and spit-out source of great debate among thousands of strangers who’ve made a habit of throwing their opinions into the mix via quote tweets.

But while we may always be ready to judge, we can only do so because parents like Roderick so readily invite us in, desperate for the approval of digital strangers. From Bean Dad to the Ohio father, parents make decisions to offer teachable moments to their children by punishing them on camera and sending it into the digital ether. So when they are hurt or offended by criticism, as Roderick was, it rings hollow—it’s not as if they don’t know others are watching and reading. In a 2018 ABC News story, Catherine Thorbecke wrote that some critics have warned that “shaming children as punishment could backfire.” Dr. David Anderson, vice president, school and community programs at the Child Mind Institute, told Thorbecke that “most mental-health professionals would not advise using shame as a tactic.” Whether to defend the child or to cheer on the parent, it’s difficult not to have a knee-jerk response to filmed, public life lessons that sometimes feel more akin to abuse. For some children, existing in public means amassing wealth and building a brand. For others, it means having your most embarrassing, even painful, moments exposed. Had my own parents spent their time tweeting about every single time I needed something, or committed my every mistake or punishment to digital eternity, I can only imagine the shame I would feel and the loss of control over my own public narrative. It’s the kids that so often don’t get a say. Parents risk a lot by trading the trust of their children for the fleeting attention of strangers. And it’s parents who shouldn’t be shocked when the audience they invite in has something to say about it.

Read this Next: The Internet has (Literally) Accelerated Gender Reveal Parties 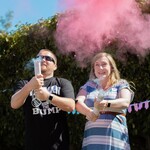