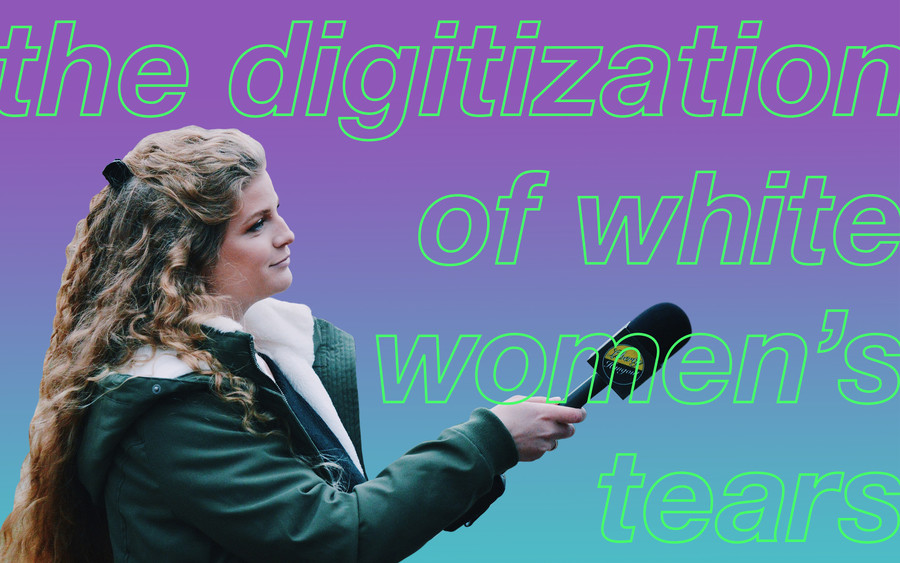 In 2016, the New York Times described Tomi Lahren as “the right’s rising social media star.” Lahren, who was pushing her conservative talking points at the time on a nightly show called Tomi, owes much of her success to viral sound clips. Lahren was dragged across social media following a December 2016 appearance on The Daily Show, with some viewers laughing at Trevor Noah calling her out. The comments section of the video, which Comedy Central uploaded to YouTube, was harsh, with commenters writing, “That is the first time I LITERALLY SAW the difference in intelligence in a conversation between two people” and “Trevor just basically called her stupid this whole 14 minutes…in such an intelligent and same time shady way.” The invitation to be on The Daily Show garnered Lahren additional reach, with the YouTube video receiving more than 13 million views; as the New York Times noted in the aforementioned article, “her reputation—among supporters, detractors and her prodigious online following—has been built on the commentaries with which she closes each show.”

Though Lahren appeared outmatched, unintelligent, and ridiculous, arguing with Noah raised her profile and solidified her as an influential conservative pundit spewing racist, sexist values. It’s a new-age playbook that multiple white pundits, including Meghan McCain, are drawing from: Each of these women say a bunch of nonsense online with the goal of getting dragged across social media, expanding their reach, and gaining a larger following that can then be capitalized on. Over the last two years, Kaitlin Bennett, infamously known as the “Kent State Gun Girl,” has become one of the faces of a shitty white conservative women’s movement. Bennett became a “bona fide conservative media star” as an undergrad at Kent State University when she posed with an AR-10 in her 2018 graduation photos. She shot the photos as an extension of an earlier demonstration she’d staged as the president of a conservative student organization to protest a university policy that stopped students from carrying concealed weapons on campus. She wanted to make a statement—and she did.

Her photos went viral, attracting critics but also landing her an interview with Fox & Friends and building her profile as an advocate for open carry. Since then, Bennett has dived full-on into the conservative political scene, venturing to different college campuses including her alma mater, the University of Kentucky, and Ohio University, to question the rights of trans students and mock safe spaces. She explained her goals at 2018 a rally in Tallahassee, Florida, saying, “I’m sick and tired of this gun control bullshit being spewed,” referencing her visit to Parkland, Florida, following a mass shooting at Stoneman Douglas High School where 17 people people were killed. Her rising career as a conservative pundit has been largely bolstered by social media—Bennett has 340,000 on Twitter, more than 172,000 on Instagram, and 420,000 followers on Facebook—which can be said for many of her contemporaries, including Lahren and McCain. A Facebook event for her 2018 protest at Kent State in favor of open carry reads, “With all the media focus around Kaitlin and her activism since her photos went viral, she hopes walking on campus again will bring even greater attention to the issue of campus carry.”

Being continually dunked on online doesn’t always equate to being canceled or losing out on opportunities; instead, it becomes a pathway to a career and to continued relevance. McCain could have been quickly forgotten if not for her ability to draw ire with her online rants. For these women, all press—even bad press—is beneficial: Racist, homophobic, and misogynistic white women have always existed, but social media provides them a built-in platform to share their views and capitalize on the negativity directed their way. Those who are active on social media see their faces constantly, and the platform’s algorithm boosts their work because of it’s virality, making it nearly impossible to ignore their poorly articulated and repetitive arguments. It also becomes tempting to hop into the conversation they’re continuing—through quote tweeting or resharing with a snarky comment—in an effort to validate our rage and prove how misguided their views are.

But engaging with their content in any way only increases their reach. “The quote tweet is a uniquely agile enabler of anger, and that is where we run into a problem,” writes Claire McNear in a 2018 article for The Ringer. “Quote tweets also have the effect of dispersing the Bad Tweets far and wide—much farther and wider than they might otherwise have traveled….The result is that the ugliest things on Twitter are frequently amplified.” For white women like Bennett, who are often peddling fragility and victimhood, criticism is often conflated with abuse, allowing them to shed a tear or two and declare the sexist unfairness of women being silenced for daring to think outside of the mainstream. Their cyclical approach to saying something controversial, being criticized, and then crying foul is the digitization of white women’s tears.

In a January 2020 piece for BuzzFeed, Scaachi Koul writes, “McCain’s shtick is part self-martyring and part self-pitying…[it] is prototypical entitled white woman behavior.” The concept of white women’s tears is a historic one, one with basis in the ability of white women to play the victim and act as the damsel in distress, even as they cause harm, especially to people of color. As Luvvie Ajayi explained in 2018, “[White women] have been doing much of the subjugation in white supremacy without any of the accountability, because: innocent white woman is a caricature many have chosen to embrace, even subconsciously. Why? Because it shields them from consequences. We talk about toxic masculinity but there is toxicity in wielding femininity in this way.” Online, white women like Bennett and McCain make a play for manipulating the response to subjects that would otherwise be viewed as a part of a feminist practice—practicing self-care, critiquing misogyny—that, decontextualized, create empathy for these women among conservatives.

The impulse to publicly dunk on Bennett, Lahren, McCain, and others then only works to turn them into icons for the right and gain them capital: As mentioned above, McCain is a cohost on The View; Bennett is a correspondent for Infowars; and Lahren has 1.5 million followers on Twitter and is releasing a book titled Never Play Dead: How the Truth Makes You Unstoppable). Virality may be more elusive for these women moving forward, though, as social platforms attempt to shift the way content is found and amplified. Facebook is supposedly attempting to fight fake news, while Pinterest is trying to combat everything from plantation weddings to anti-vaxxers, and Twitter is aiming to make interactions “healthier.” This suggests that social media platforms are more seriously considering their impact on culture and our everyday lives, and as they target specific key words (like plantation weddings and vaccines) and fight fake news, the likes of Lahren, Bennett, and McCain may have to rethink how they’re using their platforms. It doesn’t mean they can’t still lie, but it does mean it’ll likely be harder for them to find larger audiences while so.

On TikTok, however, dunking on Bennett and her ilk continues to be a favorite past time. One of the most popular videos under the hashtag #KaitlinBennett is titled “Posting this cuz she dont got a tiktok.” From Bennett’s perspective (she shared the video herself on her Twitter account) as she rides in a car away from Ohio University in February, we see as college students boo, flip her off, and toss water into the car. She says, “They’re still throwing stuff,” and comments on the fact that the cops are standing with the protesters, watching her. “He told me he would not help me,” she says. “The cops are watching this happen.” Bennett then tweeted “I think @realDonaldTrump should strip funding from universities like this that harbor terrorists.” She also refers to them as “mentally ill college students” and retweeted an image that pairs her with a plus-size woman with the caption, “liberal versus conservative,” with the image positing her as the “good” version of what a woman should be.

The video has more than 22,000 comments, with one asking, ““Why’s she so scared tho? She carries.” Another says, “How can someone not understand this much that their actions have consequences? There’s a reason the majority of young people hate her, she welcomes it.” A second video by a student at Ohio University shows the response to Bennett’s visit. She stands in the crowd and reaches up, waiting with her arm up until a security guard scoops her up and carries her to safety. It almost looks like a moment from a Disney movie, with a white princess reaching for her savior to take her to a better life. On this, one commenter says, “Sis went from carrying to being carried LMFAO.” Another says, “She’s gonna edit the video to look like she was practically assaulted there.”

We don’t need another Tomi Lahren, Meghan McCain, or Kaitlin Bennett, and we definitely don’t need to make it even easier for people with shitty views to get those views out into the world.

So what do we actually get out of dragging Bennett online? Not much. “Their hatred makes me stronger,” Bennett said in a tweet with nearly 27,000 likes. “People hate me because their phones tell them to. They have the emotional temperament of children and act worse than 5 year olds all because they believe everything they see on a screen. It’s both really sad and incredible at the same time.” Protest is important and valid. We deserve space to fight back against those who spew values that lead to harmful policies and the lessening of the rights of marginalized people. But it’s also important for demonstrators to be mindful about their tactics and the potential results of their actions. It’s one thing to protest with the aim of having Bennett’s campus event canceled; it’s another to increase her visibility online by interacting with her content, which is designed to rile people up.

As the Southern Poverty Law Center explains in a guide meant to aid college students in dealing with protesters like Bennett, “Alt-right personalities know their cause is helped by news footage of large jeering crowds, heated confrontations and outright violence at their events. It allows them to play the victim and gives them a larger platform for their racist message.” “I just want to remind everyone that I didn’t gain ‘fame’ on my own,” Bennett tweeted on February 18 alongside her infamous graduation photo. “People only know who I am because of leftists who have been giving me free promotion for two years now. The people mad at my existence are the ones responsible for my platform. Congrats, you played yourselves!”

As social media continues to heavily and undeniably impact not just our everyday lives but our literal politics and political leaders, it’s important that we continue to pay attention to impact. It’s worth pausing, zooming out, and seeing the paths that lay before us. We don’t need another Lahren, McCain, Bennett, and we definitely don’t need to make it even easier for people with shitty views to get those views out into the world. We’ve heard them enough. 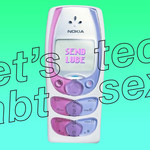