How #PublishingPaidMe Shook up the Literary World | Bitch Media 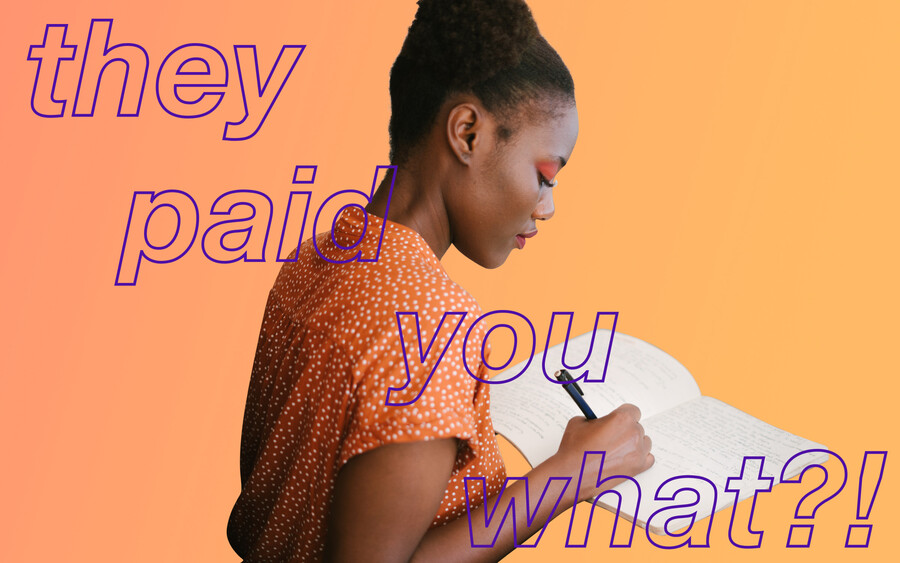 In 2020, it often feels as if books from diverse authors (or anti-racist books) are in vogue: After all, nearly all of this week’s New York Times bestsellers tackle anti-racism in some way; publications ranging from Electric Literature to Cosmopolitan create reading lists full of authors of color; and white authors regularly argue about if they’re allowed to write characters of color, imagining a world where it’s easier to publish (and be well-paid for) a book about a Black woman than a white man. But that ease is just an imagining. Year after year, publishing remains overwhelmingly white, and when Black people do find homes for their books (a difficult task in and of itself), they’re more likely to receive smaller marketing budgets or be otherwise siloed.

On June 2, as #BlackOutTuesday, a campaign that sought to highlight Black voices, launched, users across social media rushed to post black squares in their social feeds to ward off accusations of being anti-Black. Publishers participated in this action, which left some Black authors frustrated: Where was the publishing community’s commitment to anti-racism last year? Last month? And would it continue beyond a simple, performative Instagram post? On June 6, L.L. McKinney, author of A Blade So Black (2018) and A Dream So Dark (2019), started the #PublishingPaidMe hashtag on Twitter to ask publishing to put its money where its mouth suddenly was. “Come on, white authors. Use the hashtag #PublishingPaidMe and share what you got for your books. Debuts as well. Let’s go,” McKinney tweeted.

McKinney told Bitch that she decided to create the hashtag after seeing author Tochi Onyebuchi’s June 5 tweet, which read “White ‘allies’ in publishing, if you’re REALLY about that life, you’ve got to get ready to have some real uncomfortable convos about how much you’ve been paid for your books.” Though Onyebuchi’s tweet got the conversation rolling, authors still weren’t publicly sharing the amount they were paid for their books. “This is something that Black authors have been talking about for years,” McKinney said. “We talk to each other, and we have friends we talk to, and we know some of the numbers, but not enough for anybody to listen to us. People assume you’re bitter or jealous. But then everything happened in the world and everyone was saying Black Lives Matter. We’re grateful for the support, but it shouldn’t take people dying to start this conversation.”

Even after McKinney started the #PublishingPaidMe hashtag, it took a moment for white authors to publicly share their advances (what authors are offered upon signing and have to earn out before they can begin receiving royalties); instead, non-Black writers, and Black writers themselves, were the only people participating, though the goal was to bring light to the disparities between what white authors and Black authors receive from publishers. Then, on June 9, Mandy Len Catron, author of How to Fall in Love with Anyone (2018), tweeted that she’d received $400,000 for the book, which was “more than double what [Roxane Gay] got for her highest advance.” “Before I sold the book, I was aware that I had so many advantages as a white, straight, able-bodied, cis woman writing about love,” Catron told Bitch. “Still, I was shocked by the advance and felt quite a bit of shame about it for a long time. For this kind of thing, [Twitter] can be a great tool for transparency.”

Catron’s right: Transparency is key to securing pay equity. “One of the reasons disparities in pay across race, sexuality, and gender lines have persisted as long as they have and as unconscionably as they have is because publishing is cloaked in secrecy,” Alex, a Black young adult author who’s using a pseudonym and requested anonymity, told Bitch. “If Black writers, in particular, are kept in the dark about how much our white counterparts are making, it becomes that much easier for publishing houses to feed us scraps and call it a feast.” It’s more difficult for Black writers and writers of color to land the jobs that provide funding for conferences and to land paid speaking engagements that lend themselves to networking. We’re less likely to meet in an (unpaid) internship program in New York City or to find agents who see their younger selves in us and want to mentor us.

But we do have Twitter, and we know how to use it. “Twitter has the opportunity to be the great equalizer,” Alex said. “It has been a crucial tool in opening up dialogues about what is and isn’t acceptable behavior for writers and corporations—dialogues that a lot of people benefit from silencing or dismissing. Twitter pulls back the curtain in a really clear way.” Twitter is uniquely poised to host informal conversations about inequality and issues in publishing because it’s driven, in part, by hashtags. What authors do or don’t do on Twitter can have a real impact on their career trajectories, and we’ve seen the ways that pay disparities can come to light when Black people and people of color can share information more democratically. In this vein, YA author Corinne Duyvis launched #OwnVoices in 2015 and literary agent Beth Phelan created #DVpit in 2016 to help diverse writers pitch agents and editors on Twitter.

“We’re grateful for the support, but it shouldn’t take people dying to start this conversation.”

“On Twitter, you can say a thing, or show a thing, and people will see it and hear it,” McKinney, who also created #WhatWOCWritersHear in 2017, said. “Twitter allows people to reach out and say, ‘That’s happened to me,’ or ‘That’s my story,’ or, ‘Hey, do you see what’s happening over here?’ It allows people who have been mostly ignored for a very long time to be able to say, ‘Pay attention to the problems we’re facing please.’” Twitter is a legitimizing force. For Black writers, Twitter acts as a guide, which only reinforces the importance of transparency. “Being on Writer Twitter has definitely given me access to way more industry information than I had even a few years ago. I didn’t even know what the [Association of Writers & Writing Programs] was until 2017,” Constance Collier-Mercado, an Atlanta-based writer and artist, said. “Black Twitter is the first time I understood how I could be relatively unknown on the website and simultaneously in a deep community with one niche group. Likewise, there are published authors who I’ve never met, that started following me online after I liked a few of their tweets.”

So, now that Black authors and authors of color know they’re not being paid fairly, what comes next? Of course, discouragement accompanies this level of transparency, which is unfortunately justified by the numbers themselves. Every year, Lee & Low Books releases the Diversity Baseline Survey. Not much has changed year over year; publishing is still as white as it has ever been. The 2019 survey found that “the field is just as white today as it was four years ago.” These unchanging numbers, combined with some of the advances shared in the hashtag (and the subsequent spreadsheet), is disheartening, especially for Black authors. “Transparency is always good,” McKinney said. “In terms of this being discouraging, we know that Black people get paid less across the board, especially Black women. There’s a difference between knowing, and knowing. And we know. Why is having more information to solidify this point a problem? I understand that it’s hurtful—it really is!—but you can’t let that stop the conversation. Because what’s the alternative?” As author Malorie Blackman tweeted, “A plea to POCs embarking on a writing career - PLEASE don’t let #PublishingPaidMe put you off being an author and/or illustrator if that’s the career you’re currently pursuing. Your voice, your work, your stories matter. The situation will improve. It has to.”

Though the advance numbers shared under the #PublishingPaidMe hashtag shocked Collier-Mercado, she said that she’s glad she saw them: “I know a lot of people are a little disheartened by the pay disparities we saw this week, and it’s definitely scary to be putting my name and comments in an article on the subject when I barely have a foot in the door, but the only thing keeping me hopeful for my writing future at all is strategizing on ways to continue breaking it all down.”