Online, Republicans Just Want to “Own the Libs” | Bitch Media

Very OnlineIs “Owning the Libs” is More Important than Telling the Truth? 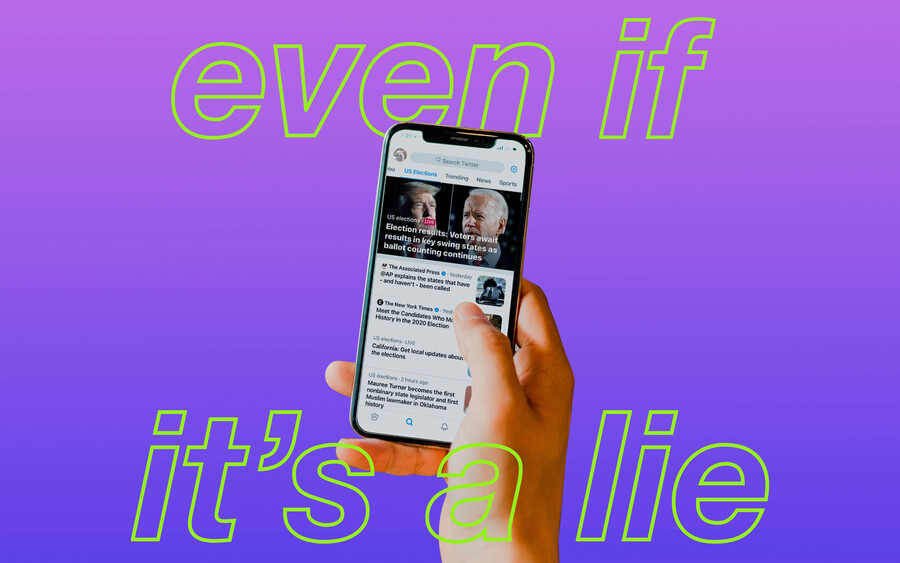 On October 31, mere days before the 2020 presidential election, Donald Trump supporters—known as a Trump Train group—in Austin, Texas, used their vehicles to surround and threaten a bus carrying Joe Biden and Kamala Harris campaigners. The Trump Train group was attempting to push the bus off of the interstate, leading the Biden campaign to cancel two campaign events. Surprising no one, Trump cheered on the supporters after the vile attack, tweeting, “In my opinion, these patriots did nothing wrong,” though the FBI is investigating the incident. In the aftermath of Trump’s tweet, the internet exploded into two separate camps: The r/Politics and r/Liberal subreddits considered it a horrifying moment at best and an act of terror at worst. r/Conservative subreddit users poked fun and said liberals “looting” should be the real concern, a note clearly taken from the president himself.

These polarized responses revealed that the truth—captured in a viral video—didn’t matter as much as who gained the upper hand in spinning a tale their supporters would believe and spread. And Trump’s encouragement of a story in which “patriots” were simply trying to protect their homes landed best for many conservatives. “Since its inception, disinformation and media manipulation have been central to white supremacist infleunce operations online,” a June 2020 edition of the “Postcards from the Edgelords: Alt Right 2.0” newsletter noted. ““Hoaxes and viral images linking antifacist organizing and Black Lives Matter activists to terrorist violence have sprung up in the last few weeks, causing real world confrontations despite being thoroughly debunked.” While it may seem obvious to those who research the way that misinformation functions online, it’s important to sit with the way our minds compute the initial story we’re told, even if it’s a lie.

As Padmini Parthasarathy wrote in “Trolling in the Deep: Deepfakes Are the Latest Innovation in Online Shaming,” a story from Bitch Media’s Fall 2020 Power issue, “We have to contend with the fact that the truth isn’t uniform, that facts are so often manipulated to support the stories power wants to tell.” Katy Steinmetz explained how this phenomena came to be in a 2018 article for Time about the concept of “familiarity heuristics,” which is our tendency to assume “that if something is familiar, it must be good and safe.” Steinmetz wrote that familiarity heuristics is comparable to reaching for the same brand in the grocery store every time. “Humans like to think of themselves as rational creatures, but much of the time we are guided by emotional and irrational thinking,” Steinmetz wrote. “These habits of mind surely helped our ancestors survive. The problem is that relying on them too much can also lead people astray, particularly in an online environment.” In the aftermath of the Trump Train incident, it became impossible to persuade r/Conservatives users that it’s dangerous to attempt to run a bus off the road, even if it’s done in the name of a politician.

But that’s the world we now inhabit: We’re so accustomed to merely skimming headlines—a behavior Twitter has recently begun trying to combat—and have accepted service-level takes on thoughtful concepts that there’s nothing shocking about so many people fighting over the veracity of an objective truth. “Our brains are not wired to contend with the pace of technological change,” a 2017 Pew Research Center study about disinformation concluded. “These respondents said the rising speed, reach and efficiencies of the internet and emerging online applications will magnify these human tendencies and that technology-based solutions will not be able to overcome them. They predicted a future information landscape in which fake information crowds out reliable information.” Even as platforms contend with the rise in misinformation, social media has exploded beyond what we’re skilled enough to handle. There’s just too much information and not enough time for us to digest it all before sharing it.

The modern Republican Party has capitalized on this new reality. If an official laughs while saying something outlandish or Trump tweets something a nonsensical possibility, we’re told to approach the content with just enough doubt. If someone cracks a racist joke, is it really racism? If someone smiles when they talk about sexual violence, is it actually violent? Our current political moment is the culmination of this cycle: What does it mean if Trump refuses to leave office? Trump has said more than once that he’d like to remain in office beyond two terms. In 2018, he presented the idea that he’d stay in office for an additional 16 years. “No, I’m not looking to do it, unless you want to do it,” he said during a 2018 speech. In 2019, he tweeted, “Do you think the people would demand that I stay longer?”

Though Trump has lost the election fair and square, top Republican officials are twisting the rules by twisting the facts yet again. On November 12, Secretary of State Mike Pompeo suggested during a press briefing, “There will be a smooth transition to a second Trump administration.” But he smiled as he said it and chuckled after, so should we take him at his word? Biden laughed right back in his own speech later that day, but nothing is funny about this scenario. For the past three years, the Trump administration has capitalized on two things: Our unwillingness to reckon with the way that facts, or “facts,” have become fallible, combined with the downfall of politics as we know it, and the joy Trump supporters take in being able to get away with saying and doing horrible things. While we can debate whether all Trump supporters are ableist, racist, and misogynist—has Trump himself not reached into each of these pockets time and time again only to receive fanfare from his audience?—it’s true that at least some of his supporters are interested in nothing more than saying horrific things with impunity. Being a Trump supporter in 2020 has less to do with any real commitment to Trumpian policies than it does with wanting to “own the libs.” Social media just speeds up the process.

Being a Trump supporter in 2020 has less to do with any real commitment to Trumpian policies than it does with wanting to “own the libs.” Social media just speeds up the process.

Online, conservatives have convinced themselves of their own grace. On Reddit, Twitter, and other social-media platforms, they pat themselves on the back for not looting and rioting “like the libs,” as if they don’t have a history of committing acts of violence, making threats, and assaulting people in the name of their president. This matters because the internet isn’t this tiny pool where thoughts and ideas are created and remain. Instead, it’s a massive space with endless corners that push ideas offline. In a 2019 article for the New Republic, Talia Lavin writes about the Christchurch mass shooter’s manifesto, which expanded upon alt-right the symbols and memes. “The joke, in the end, is that there is no joke,” Lavin writes. “The sensibility of the edgelord—who pushes the boundaries of offensive humor—is really one long tumble into the abyss.” The abyss is perhaps deeper than we can comprehend without folding in on ourselves. What happens when these trolls, emboldened by the stories they’ve been told, become the storytellers? What happens as they garner power and step into the spotlight?

Republican Madison Cawthorn is now representative-elect for North Carolina’s 11th Congressional District. One of his first acts was to tweet, “Cry more, lib.” On Tuesday, Dean Browning, a white and conservative former commissioner in Lehigh County, Pennsylvania, accidentally tweeted from his own account, “I’m a black gay guy and I can personally say Obama did nothing for me.” Others lie and then retract or retweet fake news and then apologize as if they don’t know that the damage is already done. Trolling has sunk its teeth into the political mainstream. Even if the trolls aren’t always smart and are often transparent to those of us in the loop, they reach enough people to cause alarm. Trump isn’t the only white supremacist who knows how to smile his way through a lie, giving both his fans and critiques just enough to see what they want in his statements. Racist white politicians are learning that they don’t have to lie well; they just have to lie often, do it online, and make sure their supporters hear their stories first.

Read this Next: Trolling in the Deep 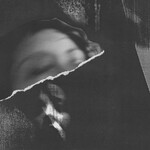 by Padmini Parthasarathy
The deepfake is a form of public shaming.