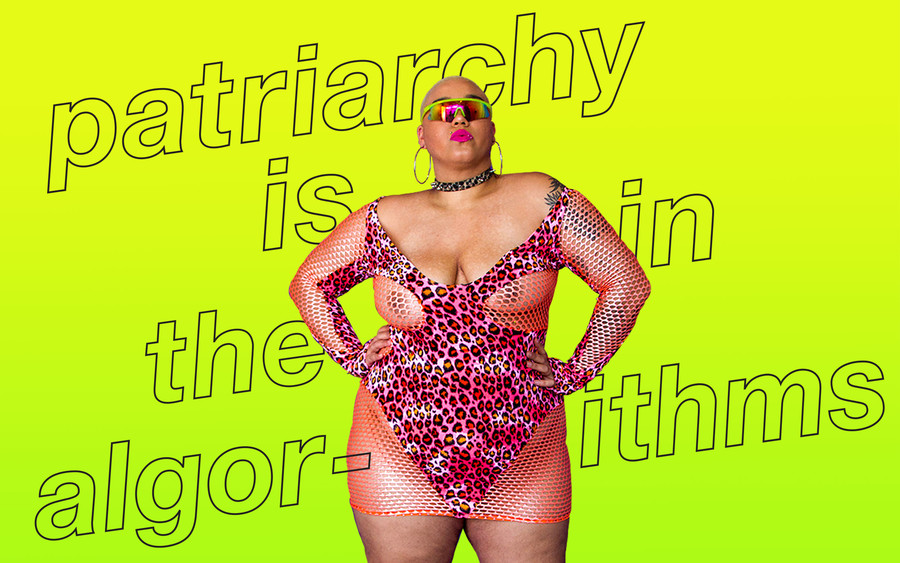 The past decade saw the rise of social-media platforms, including Facebook and Instagram, and the rise of critical backlash against them. The House Committee on Energy and Commerce called Facebook’s CEO Mark Zuckerberg to Capitol Hill in April 2018 to discuss the platform’s role in the 2016 presidential election; he then testified before Congress in October 2019 to explain how Facebook would combat ongoing disinformation campaigns. Though Massachusetts senator and Democratic presidential hopeful Elizabeth Warren has repeatedly taken Facebook, which owns Instagram, to task over its refusal to curb false political advertising and straight-up lies, sex workers are increasingly frustrated about being censored on Instagram and sex-tech companies are continually challenging the platform’s process for rejecting ads. Some sex-tech startups have even protested outside of Facebook’s New York headquarters.

Since launching on International Women’s Day in 2018, Salty, a volunteer-run newsletter and website that prioritizes “the voices of women, trans, and nonbinary contributors from all over the world,” has prioritized content that’s both thoughtful and critical of Facebook’s hold on not just the world of media and publishing, but our understandings of ourselves: our bodies, our sexualities, and our own supposed appropriateness as decided by algorithms. Salty’s content ranges from articles about how to avoid stalkerware to critiques of digital queerness (and what a world with queer-simulated influencers means for actual queer people) to straightforward deep dives into what “the algorithm” means and how it’s imbued with patriarchy.

I interviewed Claire Fitzsimmons, founder and director of Salty, about censorship, fighting Facebook, and how email can become a better space for feminist discourse.

In October 2019, Salty released the 2019 Algorithm Bias Report. What were the report’s goals? Who did you hope would read it?

In June or July 2019, we tried to run some ads on Facebook: pictures of plus-size models, trans women, disabled people, intersex people. Facebook rejected them all because they said we were promoting escorting services. We weren’t; they were just pictures of people from our community. We called [Facebook] out, and it went a little bit viral. As a result, they reached out to us, but they didn’t give us any kind of valid response or reasoning. To us, it seemed indicative of bias in the programming.

After we called that out, so many people in our community [started reaching out to us and saying], “My posts are being flagged. Can you help me get my site back up?” We can’t fix everyone’s problems, but we can start collecting some of this data so we can put together an argument around this [issue]. It’s one thing for us to tell them about our lived experiences, but these corporations don’t really listen to that stuff; they listen to data.

Increasingly it’s coming out that Facebook did, in fact, contribute to Donald Trump being elected. The ease by which conservative and fake news websites succeed on Facebook and have access to Facebook’s administrative team seems to run parallel to the seemingly endless struggles feminist media have with the platform.

It’s not a coincidence. Our analysis shows that there’s a real bias against queer people, women, plus-size people, people of color, and sex workers, and all these big tech platforms need to be held accountable. It’s up to us to [hold them to account]. The patriarchy is in the algorithms. We’re fighting so many of the same battles that our feminist predecessors have, but they’re just updated for the digital age.

Salty also reported on the extremely strange impact that Victoria’s Secret had on Instagram’s censorship policies, going as far as to get input from the VS team about what is and isn’t appropriate in terms of bodies, how much skin can be shown, and which kinds of underwear are allowed.

It’s disgusting, but these big tech platforms are interested in money and power. To think that there’s some ethical decision-making process behind what they’re doing gives them too much credit. They’re interested in protecting their power, their money, and their advertising clients.

There’s something especially murky given that Instagram has been pushing the @shop account. Anything can be marketed on Instagram now, and everyone who fits into Instagram’s ideal can profit.

There are super sexist policies around selling products on Instagram. You can’t sell sex toys on Instagram. Our report found that you’re more likely to have your ads rejected if you have a feminine focus or if you’re a woman or identify as a woman. There’s real bias in their advertising-approval processes.

It’s difficult to be critical of social-media platforms while needing them and their teams to get your messaging out.

That’s what’s been so scary about the work we’re doing. We’re just a tiny indie publication at this point. I want Salty to be massive, but at this point, we’re just some indie zine—to [Facebook] anyway. A lot of our distribution is beholden to [Facebook and Instagram], but not all of it is. We’re a newsletter and have always been a newsletter so we can operate outside of the realm of Zuckerberg, Inc. But it’s [still] scary for us.

Salty was kicked off Mailchimp in March 2018. Is email a viable way of sidestepping social media censorship or is it more of the same?

It depends [on the] email platform. Some are more restrictive than others. For example, Mailchimp is super restrictive, but now we’re set up with an alternative server, which allows us to deliver [our] content. But we still [experience] misogynistic harassment campaigns and cyber attacks, which has taken our newsletter process offline in the last couple of months and affected our deliverability. [They are] the workhorse for media distribution; however, we still face the same problems [through email] that we [face] on every single other platform [because] they’re fundamentally not built for feminists.

We need to create our own alternative ecosystems. We can’t rely on these people to protect us, amplify us, or support us. It’s really important that we spend our money within our communities, amplify one another, and help one another out.

A lot of people think of newsletters as more of an intimate conversation.

Absolutely. It’s strategy for us. People are increasingly not visiting URLs anymore. They’re getting their content from social media and from newsletters. And by and large, women, trans, and nonbinary people get their content from their emails more than anywhere else, and there’s data to back that up. They feel it’s a safer space than social media because if you’ve ever been a woman or trans person or a plus-size person or a woman of color online, you know that these spaces feel inherently unsafe.

What is the biggest thing Salty is up against in 2020?

It’s a really exciting time for Salty because it’s growing so quickly. We have enough submitted content to last until March. The website, our newsletter service, and our email list is growing to a point where it’s difficult for us to keep up with, given the resources we have. Just keeping up with the scale of [our content] is one of the big things for us. We need access to resources, but censorship and cyber attacks bum me out the most. 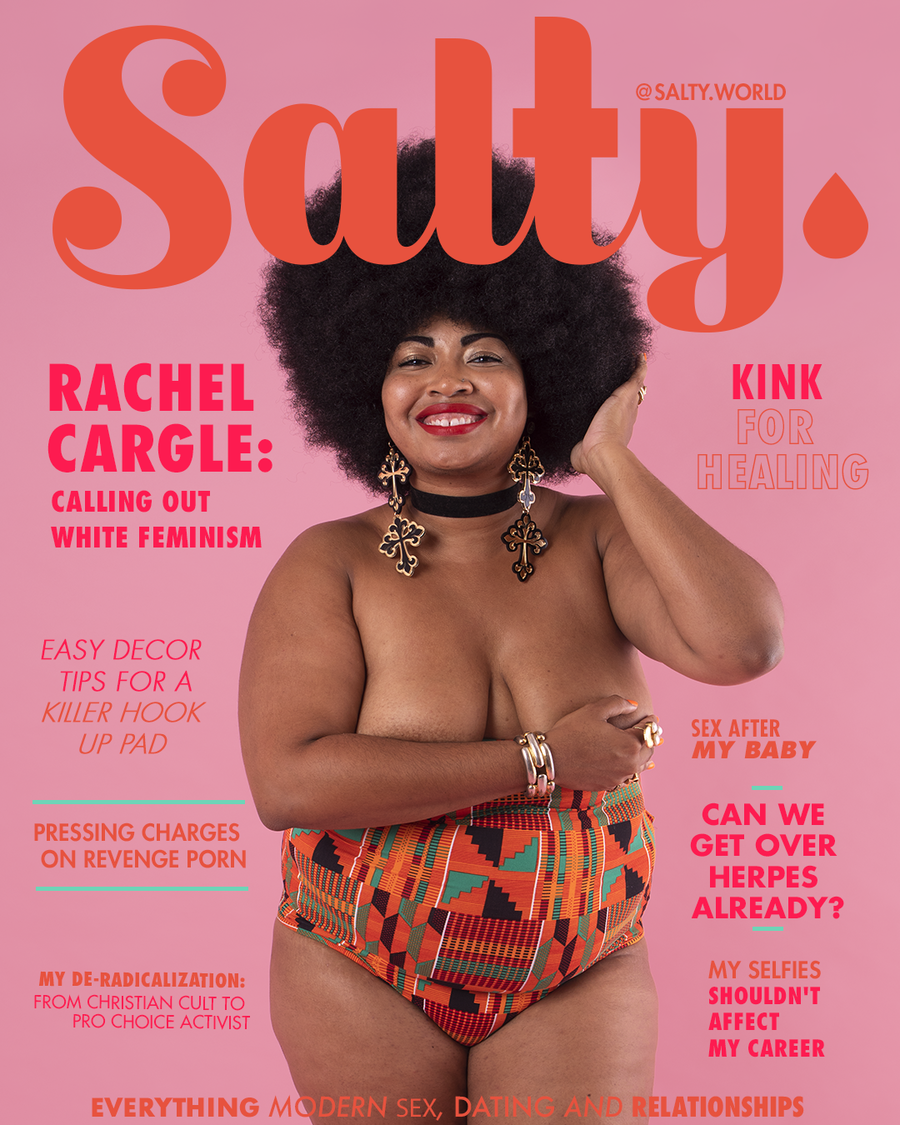 Salty ran a membership campaign this winter, and now has more than 45,000 subscribers. How does a user-supported model lend itself to the goals and ethics of Salty?

The media landscape is changing so rapidly, so in order to monetize or even be able to support it, you have to create something that people want to pay for because you can’t rely on advertising dollars anymore. People don’t want to advertise with Salty; they’re too scared. Secondly, those advertising dollars are going to Google on Facebook, and in 10 years, those revenue streams won’t exist anymore. It’s really important you have your own independent funding. In order to capture that, you have to create something that has meaning to people. People sign up and pay for media not because they get five free articles per month and a free t-shirt. They pay for it because they believe in the value of what you’re creating and they believe it should exist.

Recently, Salty landed in an unexpected spot: the Library of Congress. How did this happen? What does it mean for Salty’s work to be archived in such a way?

I randomly got an email [from the Library of Congress]. I’ve since spoken to the curator. I believe she’s queer, and it’s her job to look around the internet for important artifacts. There’s an understanding that a lot of this discourse is not printed anymore and [the Library of Congress] needs to [archive it]. It made me cry, honestly, because we’re so fearful of being erased because of lack of resources or because the website [will] get attacked. It’s so worrisome [to think] that all of this work we’re creating and all the voices we’re amplifying might just disappear one day, so it’s meaningful to us to know that no matter what happens to us, our content is still going to be saved in the hallowed halls of Congress.

There are so many things we’re looking to explore, but we have to decide which [opportunities] we can actually undertake. Sometimes we think we should have a podcast network, do more events, launch more video content, start affiliate programing, or create more partnership deals. I don’t know if I can give you a straight answer except to tell you we’re nimble and we’re going where the community wants to take us.