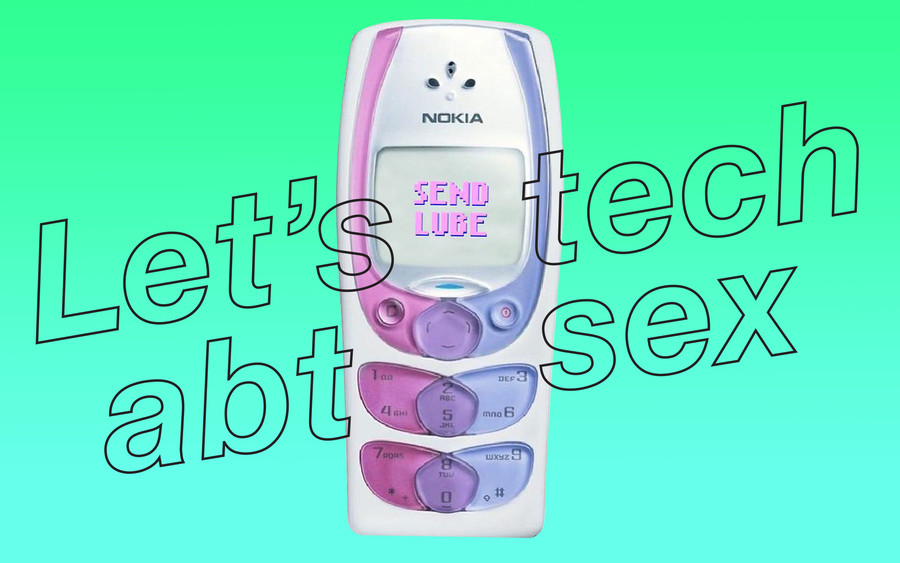 This story was originally published on October 10, 2019.

If you’re often online, you’ve probably been increasingly coming across stories about sex tech: Brands ranging from Unbound to OhMiBod to Dame to Maude are changing the discourse around sexuality and technology by focusing almost exclusively on women’s pleasure. It’s a notable concept considering that the online conversations about pleasure have long focused on penises; the packaging for sex toys has been misogynistic and objectifying; and sex-toy designs have almost exclusively mimicked penises without considering that some people want toys that don’t resemble genitals at all. Thankfully, the internet has enabled more people to have conversations about sex and sexuality, connect with other people who share their desires and concerns, and revolutionize the way we talk about sex—and sex tech.

“Sex tech isn’t new; it’s been around for a while,” says Alison Falk, managing director of Women of Sex Tech (WoST). “We can’t talk about sex tech without acknowledging the work of sex workers. Porn was some of the first images to be exchanged [through] Usenet filesharing, [so] sex workers helped pioneer our internet. I consider them a huge component of sex tech and its accompanying innovations.” The evolving language around sex tech can also be credited to the ever-expanding presence of the internet in our day-to-day-lives. Sex tech is helping people learn about their bodies, what turns them on, and their overall sexuality in the same way that the digital spaces of the early naughts helped many of us reach those same understandings.

“Accounts like @thewomenofsextech create awareness that this field of technology even exists. It personally changed my life,” says Falk. “While I was working as an engineer, I [was] jealous of people who learned how to code and then were able to merge it with their non-technical passions (like an app for playing the guitar for example). I never felt that—until I stumbled upon WoST. I have heard similar stories from a few other folks finding a belonging after stumbling upon sex tech.” In this way, sex tech is not just about sales; it’s about community, and shifting the way people talk about sex.

Despite the connectivity of the internet, fostering this revolution hasn’t always been easy, especially for the people translating discourse into tangible sex products. “There is a sex-positive revolution happening [online], but we are fighting an uphill battle at the same time,” tells me. “The advertising double standards, the payment processors that kick us off their platforms, FOSTA-SESTA, and the bias in machine learning algorithms [has] all set it up for us to fail.”

In August, queer Black YouTuber Ari Fitz left Instagram after being continually censored by the platform. Their posts were routinely flagged and removed for violating Instagram’s community guidelines, though they were toeing a line that white women users routinely cross with impunity. Or as queer sex worker and meme-creator Erin Taylor explained in a Bitch story published in July, SESTA-FOSTA has turned the internet into a hostile environment for queer sex workers. “Many marginalized users are wondering if there’s space for them at all, and are seeking alternative online social networks even as the internet at large will likely continue to see increased censorship due to the lack of specificity built into FOSTA-SESTA as a whole,” Taylor wrote.

These obstacles are especially frustrating considering that sexual-health brands focused on cisgender men are so freely welcomed in digital spaces. Cisgender male-focused startup Hims has come under fire for highly sexual ads that are continually approved by spaces like MTA and Facebook while less-suggestive ads about women’s pleasure are often rejected. Women who work in sex tech like WoST founders Lidia Bonilla and Polly Rodriguez are frustrated by their inability to market their products on Facebook or Instagram. “Advertising laws around human sexuality are set in a binary that allows male sexuality to be categorized as family planning under the guise that penis-owners must reach orgasm to procreate whereas those with vulvas do not,” explains Falk. “This causes anything considered female sexuality to be lumped into a vice category alongside gambling and other elements. It’s a huge double standard that creates this problematic narrative around whose body is and is not deserving of health, wellness, and pleasure.”

The importance of digital conversations about sex tech and pleasure can’t be overstated. “Sex tech gives people permission to talk about sex,” says Falk. “It provides access to comprehensive and inclusive sexual education, furthers dialogue and innovation in areas of accessibility, allows people to seek help in circumstances of sexual health and wellness without shame, and provides access to healing. When different folks speak unapologetically about human sexuality, it sends a signal that it’s okay for others to explore that side of themselves as well.” When we don’t get this, we lose out on an understanding of our bodies, our pleasure, and the ability to understand sexuality as a concept, and be able to shape our larger culture to make it more sex positive.

The sex-positive revolution will continue happening online, even in social-media platforms actively combat those who are fostering conversations and creating products. “We all continue to fight and every accomplishment proves we aren’t giving up or going anywhere—we are only growing in number and we can see change happening from everything like Salty World influencing Instagram’s policy change on nipples belonging to nonbinary folks, to Lora DiCarlo impacting the appearance of sex tech that isn’t created for the male-gaze at CES,” Falk told me.

If Facebook and Instagram want to better support sex tech, then it starts with “understanding the narrative they are helping to write and the communities they are excluding,” according to Falk. “When large communities are being harmed, it’s a clue that not all stakeholders have a seat at the table and it’s time to work harder to implement practices of tech equity and advocacy into the design of your product or service.”