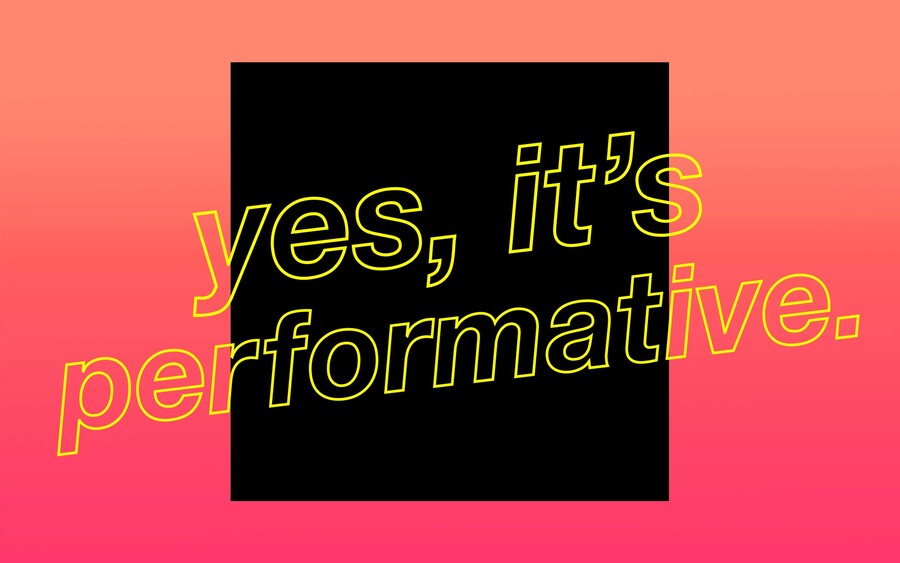 There’s a cycle that happens in the aftermath of a Black person dying that begins with obsession and ends with something or someone being reviled. There are few certainties about social media, but here’s one: Anything that’s beloved can swiftly become Twitter’s villain of the day. It’s a recognizable cycle that spins and spins, the energy put into doing good souring quickly. Take, for example, the rise and fall of the Minnesota Bail Fund: After George Floyd’s murder, thousands of people rallied around the small nonprofit organization, donating millions of donors to free jailed protestors. Within weeks, the fund was being scrutinized for how it spent—or didn’t spend—the more than $30 million it raised during the early days of the racial uprising. Critics wanted to know whether the Minnesota Bail Fund supported defunding the police, and if the $30 million was being used to help achieve this goal. After all, thousands of people included the organization in their Instagram Story roundup of racial justice nonprofits to support. Wasn’t that enough?

Since protests erupted in May across Minneapolis, the United States, and then the world, we’ve witnessed a change on social media and our broader digital spaces. It has suddenly become en vogue for people to post about police brutality in an effort to educate their communities. Even Instagram, which is generally understood to be a place to post photos of lattes, flowers, farmers markets, and ourselves was overrun with graphics explaining how to fight police brutality. Instagram captions were suddenly turned into lengthy statements on racism and anti-Blackness. Breonna Taylor, murdered by Louisville, Kentucky, police officers in March 2020, became a meme herself. “Arrest the cops who killed Breonna Taylor” is now as mundane as a “I did a thing” caption on a new haircut selfie or a “vibes” on a blurry, oversaturated photo of a sunset. But the sense of mundanity many of us feel is due to the cycle that we’re trapped in.

At the start of the cycle, a Black person is killed; a graphic with three steps about what to do following their death goes viral; people anoint a small group of organizations to donate to; and then it’s revealed that there was some misinformation in that graphic or that organization everyone donated to isn’t what we demanded that it be. There’s a knee-jerk reaction, light analysis, and then the cycle starts all over as another Black person is killed before we’ve even been able to analyze these issues in greater depth, collect ourselves, or think through the posting schedule we’ve bought into. In a culture where many of us are self-contained brands rather than ordinary users perusing the internet, responding rapidly to trending topics, especially those that are heartbreaking and painful, now deploys a cross-platform strategy because we’re either aware of our own brands—as is the case for social justice influencers who educate their followers about everything from misogyny to anti-Blackness—or because we feel pressured to share the important graphics that all of our friends are sharing.

We’re then able to tap into a movement from our beds and couches. Though we’re not on-the-ground organizing, it still feels as if we’re participating in something bigger than ourselves.

“People like to share things and feel like, ‘Well, I told you what to do, and I’ve done the deed,’” Melissa Hines, a designer, told Bitch. “One of the reasons that the graphics look the same is because the way we’ve approached this sort of advocacy work has stayed the same. Even the act of telling someone three things they can do is a form of taking action.” If a graphic designer makes a post about the death of a Black person that I find valuable, I can share it to my Instagram Story without offering additional thoughts or context. If someone tweets a video of a Black person being harassed by cops, I can instantly retweet it. If someone posts a list of Black-authored books to read to teach non-Black people to be empathetic to Black people, I can order the books (even if I never actually read them). It’s such a repetitive cycle that it almost feels like someone is pulling the strings and benefitting from the engagement. “Please be a conscious consumer on Instagram,” writer and professor Eve Ewing explained in a July 24 graphic that she created. “Graphics like this can be a helpful teaching tool, but some of the ‘racial justice explainer’ posts that go viral grossly oversimplify complex ideas in harmful or misleading ways, or flat-out misstate facts; are not attributed to any transparent person, people, or org who can be held accountable for errors; and draw on the work of scholars and activists who go uncredited.” In the accompanying caption, Ewing asked important questions about what we should consider before sharing these graphics: “Who is the source? Where are they getting their information? What are they about? What’s their track record? Why are they a credible party to listen to on this issue?” Without considering these questions, we become ensnared in an endless, thoughtless Instagraphics loop that sometimes contributes to misinformation going viral.

Black death—the continuous murder of Black people by law enforcement—is never-ending, so as long as it continues to happen, we’ll continue treading the same digital footsteps and hoping that maybe, this time, it’ll make a difference.

For instance, Shaun King is allegedly a scammer, but he retains his audience because there’s still a knee-jerk impulse to reshare his perfectly packaged Instagram posts and tweets. In June, the Black Lives Matter Foundation raised millions of dollars, though it’s completely unrelated to Black Lives Matter and has a mission that runs counter to BLM. But this happens so often because people learning a concept for the first time are inclined to center themselves. White people who have never thought about anti-Blackness or how they perpetuate it, decide that attacking others is the only way for them to fight this newfound oppression. They don’t know how to sit, learn, and listen because they’re white, right? Doesn’t that come with a sense of authority? Instead, they start podcasts about realizing they’re white or they spend hours finding the right font for their graphics (usually regurgitating concepts that they’ve seen elsewhere, or that Black people have already said, but in formats less aesthetically pleasing to their eyes), or they make careers (and money) from challenging racism.

What we see here is that people don’t consider their audience and impact before jumping into the fray. Who benefits from videos of Black people being chased, suffocated, and shot going viral? “Black people’s deaths at the hands of police officers are, like everything now, mediated through the internet, with the negotiation of life and death spread through videos that go viral,” Dede Akolo wrote in a piece for Bitch. “Black death becomes just another online spectacle when it’s boiled down into something easy to share and easy to manipulate.” Watching yet another Black person being fatally shot, choked, or kneeled on is traumatizing for Black people. While watching these violent actions can be jarring for non-Black people, how many times do you have to watch a video of a Black person being murdered before you become desensitized? Black death—the continuous murder of Black people by law enforcement—is never-ending, so as long as it continues to happen, we’ll continue treading the same digital footsteps and hoping that maybe, this time, it’ll make a difference.

Read this Next: Abstract Pain 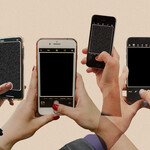 by Dede Akolo
Black people’s deaths at the hands of police officers are, like everything now, mediated through the internet.