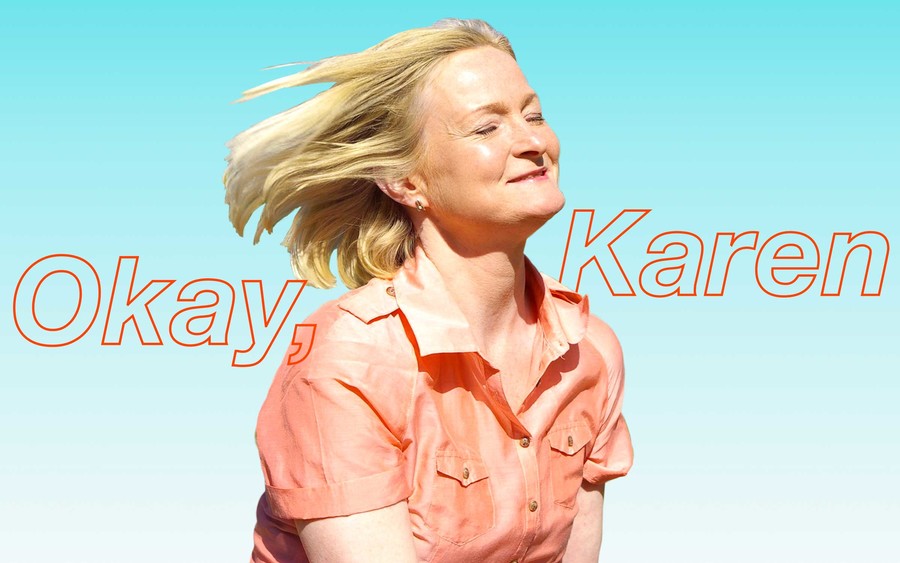 On April 5, Julie Bindel, a British radical feminist and journalist, tweeted, apparently apropos of nothing, “Does anyone else think the ‘Karen’ slur is woman hating and based on class prejudice?” She followed up the tweet, threading, “I’ve got a mate called Karen and I love her, just saying.” Both a backlash and a surge of support swiftly followed.

Understanding the “Karen” meme requires first understanding two things: One, the process by which memes born on social media find their way into the larger internet, becoming warped and critiqued by people who encounter them out of context; and two, the custom (also largely based in social media) of giving white women nicknames that reference their specific brand of racism. While “Karen” and “Becky,” another term for a white woman (further locked in by Beyoncé’s reference to “Becky with the good hair” in Lemonade) are standards, some women’s nicknames align with the racist incidents that brought them to the internet’s attention in the first place. In 2018 alone, we met Permit Patty, BBQ Becky, Cornerstore Caroline, and, of course, Kidz Bop Karen, with many of these names (and the general Karen) originating with Black women. The silly names don’t get at the weight of these women’s offenses or the danger in which they put their targets: writer Antonia Noori Farzan wondered, in a 2018 Washington Post article, whether these names are too cutesy for white women who put Black people at risk, writing, “Their memorable nicknames easily lend themselves to hashtags, memes, headlines, and ridicule. But whether the viral monikers are a productive way of calling attention to the experiences of [B]lack Americans is a matter of debate.”

A white woman being called “Karen” hardly seems like something to squeak up about in the midst of the pernicious, violent racism defining our current circumstances. But perpetrators don’t like to be called perpetrators—indeed, many people had only heard of Bindel previously because, in 2019, she deemed the term “TERF” to also be a slur. Months before Bindel came for “Karen,” Aja Romano wrote a Vox explainer on “The anti-vaxxer soccer mom with speak-to-the-manager hair,” explaining in its very first paragraph that Karen is for sure white: “‘Karen’ in particular has emerged as the frontrunner for the average ‘basic white person name’—a pejorative catchall label for a wide range of behaviors thought to have connections to white privilege.” But as Bindel’s Karen complaints ran rampant across the internet over the last week, others jumped into the fray, adding to the discourse—and, all too predictably, warping it.

On Monday, Dictionary.com tweeted a definition titled, “Here’s How Karen Became An Internet Dirty Word.” The social-media share copy read, “Karen is used when complaining about an obnoxious, ignorant, or difficult woman or the stereotype of such a woman.” Within the link, it expanded further on its definition for Karen: “Karen is a mocking slang term for an entitled, obnoxious, middle-aged white woman. Especially as featured in memes, Karen is generally stereotyped as having a blonde bob haircut, asking to speak to retail and restaurant managers to voice complaints or make demands, and being a nagging, often divorced mother from Generation X.” While this definition is awfully lengthy, it doesn’t accurately portray one of the most important features of a Karen: her racism is inextricable from her white womanhood.

Privileged people in general regularly balk at labels, saying they’re “just human” or that they’re “people,” and therefore defy description. And white women specifically like to lean into the fact that they aren’t men, so they can’t weaponize their whiteness. They believe they occupy a unique place here, and just as white people online often apologize on behalf of whites to create distance between Good White People and Bad White People (an idea explored in Shannon Sullivan’s Good White People: The Problem with Middle-Class White Anti-Racism), white women have attempted to separate themselves from power inherent in whiteness: In their world, it only really benefits men. But we know that isn’t true. Last August, Anna North reviewed Stephanie Jones-Rogers’s recently published book They Were Her Property: White Women as Slave Owners in the American South, writing, “Jones-Rogers makes the case that white women were far from passive bystanders in the business of slavery, as previous historians argued. Rather, they were active participants, shoring up their own economic power through ownership of the enslaved.” And, in current contexts, white women’s power is translated into that of a Karen; Black women know that Karens have always walked among us.

Yet “Karen” as a meme is complicated by the fact that ageism and sexism are very real. As with “OK Boomer,” there are unspoken yet understood rules to “Karen” that are skipped by the outsiders who gleefully and ignorantly adopt the term. A 14-year-old on TikTok calling her grandma and saying “OK Boomer” isn’t the same as some 30-year-old man yelling it at every over-60 woman he sees on Twitter, and a bunch of white men hopping on the Karen train because it makes them feel less culpable for the wide-ranging racism faced by people of color is undeniably ignorant. But it’s dishonest to keep pointing at the people over there who use a word for their own benefit to detract from the much higher number of much less powerful people using the same term to highlight the harm caused to them by you and people like you. Just because white men co-opt the language of “Karen” doesn’t make it theirs; and it isn’t sexist or ageist for an underpaid, Black service worker to tweet about what a Karen most of her white, wealthy customers are. It’s a way of dealing in the face of limited power.

A Karen’s racism is inextricable from her white womanhood.

It’s easy to be offended when something hurts your feelings, but it’s embarrassing to be an adult and not understand the way that power shapes impact. I’m sure that being called “Karen” when it’s not your name doesn’t feel great, but I’m also sure that having the cops called on you at your job for not accepting expired coupons from an angry white customer who swears they are valid doesn’t feel too great, either.

Middle-class white women don’t want to be called “Karen,” just as they don’t want to be called “middle-class white women.” They want their individuality known; they want to be known as Sarah, or Jane, or whatever their real names are. They don’t want to be grouped and judged based on something they have no control over. But the defining characteristic of a Karen is that she sees no one as an individual, instead moving through the world prepared to fight faceless conglomerate of lesser-than people who won’t give her what she wants and feels she deserves. She’ll wield the power that, yes, might be very different from that of a white man, as she makes her demands. And that feeling of entitlement is what makes her, undeniably, a Karen.