What in the World is Biden Beauty? | Bitch Media 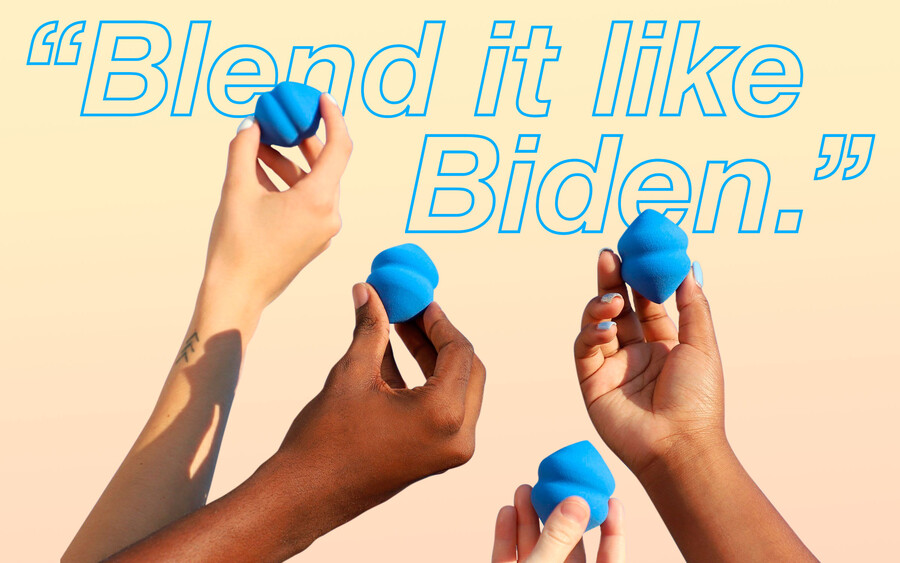 “Blend it like Biden” is a phrase I never expected to hear, but I also never expected to see a sitting president shout out a white supremacist organization in the midst of an ongoing presidential debate or to be stuck in my apartment for six months because said president decided that requiring Americans to wear masks during a global pandemic would jeopardize his reelection campaign. Times have changed, and so has campaign strategies. So perhaps it shouldn’t be a surprise to see that, for better or worse, an unofficial Biden-branded beauty line has now entered the fray. On Wednesday, online beauty destination Byrdie dropped an exclusive interview with the anonymous founders of Biden Beauty to announce its launch. “Beauty has always been inherently political,” a spokesperson told Byrdie of the impetus for the launch. “From the beginning of time to now, all people have participated in beautifying as an act of defiance. We’re excited to push forth the message that this country is only made powerful by the vast diversity of its people.”

The launch was explosive, and not necessarily in a good way. Though some of the brand’s Instagram posts garnered positive comments(“Y’all coming out with more merch? My wallet and vote are ready,” wrote one commenter) much of the feedback was negative, especially on Twitter, where screenshot after screenshot was sent around with commentary penned in shock at best, and in disgust at worst. “How does this materially help anyone?????” one Twitter user asked, while another tweeted, “Do yourself a favor and don’t pollute the planet with more useless junk to raise money for your millionaire donor platform… just a thought.” Biden Beauty’s product line is currently limited to one product: a Beauty Blender–like sponge called the Biden Beat Makeup Sponge priced at $20.20 (har har). The tagline? “Beat your face. Beat Trump.” As the description says, “BIDEN Beauty put much thought into this makeup sponge. Not only does it come in Democratic blue, it’s dual-sided to help you do the most, and it’s also durable, rugged, and dependable. Just like—yep, you got it—Joe Biden.”

The first 100 orders ship with undisclosed freebies. The brand, its spokesperson told Byrdie, is still at work expanding its product line—at least three more products will launch between now and the presidential election— but its site features a few merch-y items, like a hoodie, tote, and a set of pins and stickers. Everything is blue (“It cancels out orange” is one Biden Beauty tagline), and if its logo looks familiar it might be because it is awfully similar to that of The Ellen DeGeneres Show’s logo, which may or may not do the new brand a favor considering DeGeneres’s recent PR debacles. The rest of the site acts as a combination of a fundraiser and a track to encourage shoppers to register to vote. “100% of the proceeds will be donated to the Biden Victory Fund,” Biden Beauty announces below bolded, all-caps letters reading, “MAKE SURE YOU VOTE!” Once you register, it prompts via a neon pink box, head on over to shop for a beauty blender or two.

Biden Beauty is far from the only brand to try to make Biden cool. Fashion sites have published articles like “Yes, There’s Actually Cool Biden-Harris Merch Now,” possibly in response to consumer favorite The Strategist asking “Is There Any Good Biden-Harris Merch?” If one thing is clear, it’s that voters who want to publicly support Biden and running mate Kamala Harris have found it difficult to do so, potentially because the existing merch didn’t seem like a good fit for their own aesthetic. (I, personally, find it difficult to justify wearing the colors of an American flag, even when they take the form of a bucket hat.) The closest the campaign has come to viral success is snarky t-shirts: The one emblazoned with “Will you shut up, man” appeared less than 24 hours after Tuesday’s debate and has already sold out, but you can still grab the equally viral one that reads “I paid more in taxes than Donald Trump.” Meanwhile, brands like Hot Merch for Biden (a spinoff of Hot Girls for Bernie) create t-shirts with funkier designs, ’90s aesthetics, and this “bitches for Biden” dad cap. The presidential merch war is one that’s irresistible to the extremely online, and it doesn’t look like it’s slowing down.

As such, I’m less interested in condemning Biden Beauty as frivolous than I am interested in the way that people like its mystery creator(s) are essentially grasping at straws to ensure that they’ve done all they can with what they have to ensure a Biden win. It’s easy to mock the project, but it’s clear that there’s good intentions and heart involved in it. The page on voting is detailed and easy to navigate, with blocks of text explaining the steps to voting and language that’s welcoming and accessible. (“So, you decided to make America blue and beautiful… what’s next?”) It’s “Get Involved” section includes links to organizations like Rock the Vote, Let America Vote, and Swing Left, as well as information on becoming a volunteer poll worker. The site also guides viewers to similar organizations on Instagram and Twitter with the goal of ensuring that it’s voting, rather than a makeup sponge, that’s the point.

Biden Beauty feels to me like less of an investment in Biden himself than the result of a nagging uncertainty about whether Biden can succeed in his mission without us.

And though its language ranges from snarky ( “We currently ship to all states within the United States. The only state we don’t ship to is that state of denial Donald Trump is in”) to outdated and awkward (”Create a Get Out the Vote Lewk”), but it’s endlessly positive and radiates a sense of hope that borders on naive. The site comes across as a passion project created in a time of ramped-up motivation, as if the anonymous forces behind it figured that doing something was better than doing nothing. This might explain why Biden Beauty feels to me like less of an investment in Biden himself than the result of a nagging uncertainty about whether Biden can succeed in his mission—to win an election during a still-terrifying pandemic against a white supremacist who has announced repeatedly the ways he plans to cheat—without us. Whomever is behind Biden Beauty is driven by a lack of confidence combined with a sense of urgency—a push to throw caution to the wind and do something big, bold, and sure to be instantly dragged online.

And that’s a a reasonable feeling: I haven’t seen many people proudly supporting Biden as they did his fellow Democrats  Elizabeth Warren or Bernie Sanders; rather, I see #SettleForBiden in Instagram and Twitter bios as a way for people to signpost that, No, they are certainly not Trump supporters, but damn, it had to be Biden. Just a few months ago, “please don’t make me vote for Joe Biden” was the flavor of the month. There are no thirsty memes like those we saw picturing a young Sanders, no delightful photos of dogs and cats in branded collars like those peddled by Warren’s campaign. Marketing for both Sanders and Warren presented a clear story, a clear focus, a clear moment or two made to be memed. Instead, he has voters for whom he was likely never the first choice, who in their desperation to help provide the candidate with a story, a focus, and even a meme of his own, have stepped in to do that work. The tote bag on the Biden Beauty website reads “America is beautiful.” And maybe it once was, or could be. But now, more than anything, all I sense is that America is panicked to the point

Read this Next: Consumer Retorts 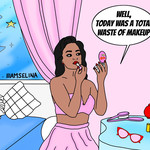