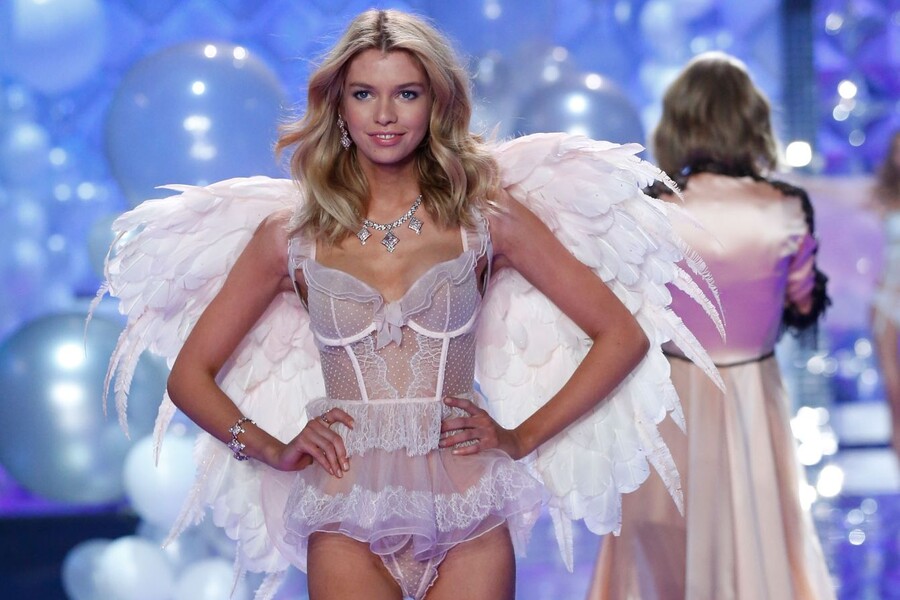 Victoria’s Secret has decided to hang up its angel wings to pursue a new and shiny “woke” look. But are there any real commitments under that full face of makeup? This month, the lingerie retailer announced a huge brand overhaul, with the goal of making itself more attractive to Generation Z. Yes, you read that right. The brand that represented the incredibly toxic 2000s beauty standards in which being so thin that you could see someone’s bones was desirable now wants to become “the world’s leading advocate for women.” Talk about a 180-degree shift. As part of this makeover, Victoria’s Secret is getting rid of its Angels and replacing them with the VS Collective, a new set of women who “share a common passion for driving positive change.”

Some of these women include activist and soccer player Megan Rapinoe, journalist Amanda de Cadenet, actor Priyanka Chopra, professional skier Eileen Gu, and models Paloma Elsesser, Adut Akech, and Valentina Sampaio. Instead of walking the runway, these women will “create new associate programs, revolutionary product collections, compelling and inspiring content, and rally support for causes vital to women,” in an effort to help all of us forget that Victoria’s Secret’s brand was built upon the hypersexualization of women’s bodies and the glorification of eating disorders.

Though these women should be celebrated for the work they do to advocate for women’s rights, they have achieved all of that without Victoria’s Secret. The lingerie brand is only using their faces to clean up its name and save its sales. Over the past few years, Victoria’s Secret’s been tainted by a series of scandals. The first of them broke in 2019, when it was revealed that the brand’s founder and CEO, Leslie Wexner, had close ties with convicted sex trafficker Jeffrey Epstein; Epstein had managed Wexner’s finances and other aspects of the company for nearly 20 years. One year later, a New York Times investigation that featured interviews with more than 30 current and former executives, employees, contractors, and models exposed Victoria’s Secret’s “entrenched culture of misogyny, bullying, and harassment.” Soon after, the company’s sales took a hit. Victoria’s Secret continues to be one of the world’s largest lingerie brands, generating $6.81 billion in 2019, but the company’s profits are slowly declining.

Between 2016 and 2018, Victoria Secret’s U.S. market share dropped from 33 to 24 percent. In 2019 alone, the brand’s stock plunged 40 percent, forcing the company to close 53 stores and relaunch its swimwear line. Victoria’s Secret’s chief marketing officer, Ed Razek, and its executive vice president, April Holy, both resigned that same year, and the brand’s famous annual fashion show was cancelled. In fact, Wexner was ready to sell the company to private equity firm Sycamore Partners for $525 million, but the deal was called off when the COVID-19 pandemic hit. Victoria’s Secret’s transformation should be celebrated, but the brand completely rejected change for years before its sales setback. In 2018, Razek, then chief marketing officer of Victoria’s Secret’s parent company, L Brands, was forced to apologize after telling Vogue that he didn’t want transgender models in the brand’s show because it would spoil the “fantasy.” In the same interview, he confessed to having no interest in portraying a wider range of sizes in its branding. “We market to who we sell to, and we don’t market to the whole world,” he said. Victoria’s Secret had no intention of changing — until change became the only way to survive.

Over the last year, Victoria’s Secret has taken some positive steps to show its commitment to this new image as a “women’s advocate.” Wexner has been replaced as the company’s CEO, and the company’s executive board has welcomed four more women. To Razek’s disappointment, Victoria’s Secret’s campaigns now feature plus-size and transgender models. All of this makes for great PR, but there’s still plenty of work to do. Despite the emphasis on inclusivity in its marketing, Victoria’s Secret has not yet expanded its incredibly limited size range. In February 2020, the company used plus-size models to promote its new larger sizes. The problem? Its products only go up to a size 12, despite the fact that 16 is the average women’s size in the United States. Apparently, real women can be in Victoria’s Secret’s ads, but they can’t buy its bras. Before spending millions on hiring celebrities to talk about helping women worldwide, perhaps Victoria’s Secret should have invested in making a product that actually fits those women. Even then, I don’t know if the brand will be able to fix all the damage it has done.

The Victoria’s Secret fashion show was broadcast for the first time in 2001. I was 3 at the time, and for 20 years, my generation has grown up believing in a beauty ideal that was directly influenced by the Victoria’s Secret’s Angels and other women in their mold. Grazia, the Independent, Vogue, Elle, the Daily Mail, and many other magazines all published guidance on how to look like a Victoria’s Secret model. They filled pages and pages with workout routines and diets recommended by Angels. As it turns out, the secret to looking like an Angel was to just stop eating. “All my friends that were doing that show were starving themselves; they weren’t eating and they were exercising four to five hours a day,” Australian model Robyn Lawley told the Daily Australia in 2018, the same year that Victoria’s Secret model Bridget Malcolm opened up about the terrible effects that the company’s recommended diet had had on her physical and mental health.

The size-zero times are gone, and the brand is changing its message, but what we need from Victoria’s Secret is far more important: accountability.

Nearly a decade earlier, Adriana Lima—the brand’s longest-serving model—told the Telegraph that she used to stop eating solid food during the nine days preceding a show. “I got to a point where one night I got home from a workout and I remember staring at my food and thinking maybe I should just not eat,” former angel Erin Heatherton said in 2016. “I realized I couldn’t go out into the world—parading my body and myself in front of all these women who look up to me—and tell them that this is easy and simple and everyone can do this.” It then comes as no surprise that many women I know under the age of 30 have an unhealthy relationship with food and are insecure about their bodies. We were all trying to emulate a beauty ideal that wasn’t realistic. Even the women we were told to look up to were cracking under the pressure. Of course, Victoria’s Secret didn’t create this beauty ideal alone, but it surely cashed in on it.

The size-zero times are gone, and the brand is changing its message, but what we need from Victoria’s Secret is far more important: accountability. For two decades, the company completely ignored the terrible effects that the diets they promoted had on its models and its audience. Victoria’s Secret’s executives knew they were hurting women, and they did not care. Are we just supposed to forgive and forget? In 2020, a lingerie brand having inclusive branding and sizing isn’t revolutionary or even decently exciting; it’s the bare minimum. And Victoria’s Secret doesn’t even reach it. In contrast, new brands like Rihanna’s Savage x Fenty and American Eagles’ Aerie are creating lingerie products that target women’s comfort instead of men’s pleasure, without carrying a history of allowing abuse. Sorry, Victoria’s Secret, but in my opinion, no matter how hard you try, your time is long gone.

Read this Next: 5 Feminist Albums That Got Us Through June 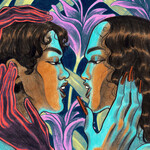 by DeAsia Paige
If you’re looking for a confidence booster, these new releases won’t disappoint. 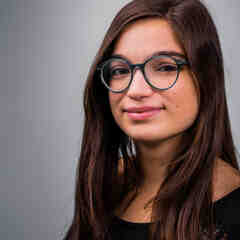 Beatriz is a Spanish writer, who writes about news, culture and tech from the UK. Follow her on Twitter and read more of her writing here.