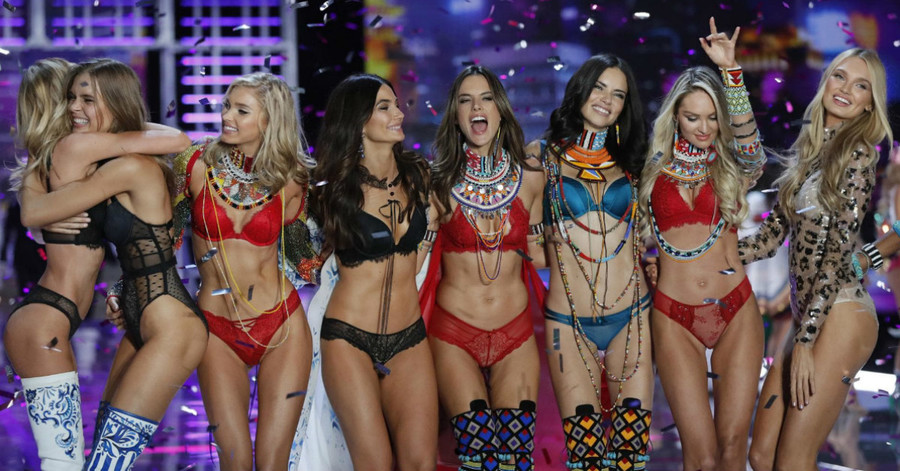 Days before Victoria’s Secret’s annual fashion show, Nicole Phelps, director of Vogue Runway, interviewed two of the show’s architects, Ed Razek and Monica Mitro, about the modeling industry’s newfound “emphasis on diversity” and “shifts in the market.” Unsurprisingly, the executives reaffirmed an unshakeable, if snide, commitment to upholding the brand’s legacy of thinness and transphobia.

“Shouldn’t you have transsexuals in the show? No. No, I don’t think we should,” Razek said. “Well, why not? Because the show is a fantasy. It’s a 42-minute entertainment special.” He used similar logic to justify excluding fat people from the show. “We market to who we sell to, and we don’t market to the whole world. We attempted to do a television special for plus-sizes [in 2000]. No one had any interest in it, still don’t.” Though he later apologized for making these comments, his perspective is clear: Fat and trans women aren’t included in Victoria’s Secret’s fashion show because they’re not the stuff of fantasies.

Instead of challenging these comments, Phelps redirected the conversation to the Kardashian-Jenners’s Halloween costumes. She didn’t ask for clarification or push Razek on his ideas. Perhaps she intended to project a lack of bias. Perhaps she didn’t want to antagonize her seemingly on-edge interviewees. But when cultural critics choose not to push back on harmful ideas, they help normalize them.

This interview could’ve reimagined what fantasies look like for Vogue’s readers. It could’ve helped paint a world where fat and trans women are also considered desirable, iconic, and heavenly. But civility took priority over truth-seeking, and what started as an opportunity to address uncomfortable realities became a polite dance. It’s hard to believe that was unintentional. As the representatives of the two brands awkwardly navigated a conversation about inclusion and progressive social change (issues both have historically eschewed), their odd exchange highlighted just how heavily invested Victoria’s Secret and Vogue are in sustaining social hierarchies, and in turn, their status.

In 2017, size-14 model Ashley Graham became the first plus-size woman to grace Vogue’s cover alongside six other models in an issue that celebrated women who are “democratizing fashion.” “Each of these cover girls proudly inhabits her own particular gorgeousness in her own particular way,” wrote Maya Singer in the accompanying cover story. “Together they represent a seismic social shift: The new beauty norm is no norm. And fashion, the industry that—yes—has historically done much to enforce beauty codes, is joining the movement.” Graham was the only model on the cover bigger than a size 2. None of them were openly trans. The models were ethnically diverse, but otherwise reflected Vogue’s myopic idea of inclusion.

Vogue tried to adopt the language of liberation, but the issue revealed the true extent to which the brand is willing (or unwilling) to dilute its version of fantasy. Like Victoria’s Secret, Vogue seeks to keep its fantasy alive by distancing the brand from people that society deems less than spectacular. They specialize in the conventionally beautiful—the world of opulence and haute couture fantasy. And evidently, there’s no room for liberation in this particular kind of fantasy.

Like Victoria’s Secret, Vogue seeks to keep its fantasy alive by distancing the brand from people that society deems less than spectacular.

Vogue has offset its lack of political engagement by standing alongside Teen Vogue, which, over the past few years, has been rebranded as a champion of progressive politics. Despite criticism that Teen Vogue is capitalizing on social awareness, the publication has demonstrated a willingness to work toward real, tangible inclusion. This year, its three September issue covers featured Chelsea Werner, a gymnast and model with Down syndrome; Mama Cax, a model, blogger, and amputee; and Jillian Mercado, a model with spastic muscular dystrophy. Notably, the cover story was written by Keah Brown, a disability advocate and writer with cerebral palsy. That same month, Beyoncé’s Vogue cover marked the first time the magazine, in its 126 years, had a Black photographer shoot the cover. While Editor-in-Chief Anna Wintour has rarely discussed the publication’s history of exclusion, she clarified in an interview with Business of Fashion that hiring Tyler Mitchell “was entirely Vogue’s” decision.

Similarly, Victoria’s Secret executives have insisted that their brand is more diverse than ever—and, in some ways, it is. In 2017, nearly half of the models were Asian, Black, or Latinx, and this year’s show followed suit. “I feel like our runways have been culturally diverse for a long time and that we’ve always celebrated models’ backgrounds,” said Mitro. “I think we were one of the first to tell women to wear their natural hair, and that was a huge headline [two] years ago.” Both Mitro and Razek insist that Victoria’s Secret is a revolutionary brand that has a history of disrupting the status quo, but they’re still unwilling to incorporate body diversity and trans models.

In recent years, burgeoning lingerie giants such as Aerie and Savage x Fenty have shown that inclusiveness and profitability are not mutually exclusive. By 2020, young millennials and Generation Z, the demographic that has fueled much of the body-positive movement, will account for 40 percent of all consumers. But even in light of this (coupled with the company’s economic decline), Victoria’s Secret is unquestionably determined to remain the bastion of male-centered fantasy and traditional feminine allure. Its executives are not willing to renounce that status, even if it means cutting its profit margins.

More than anything, this interview revealed the myriad ways powerful companies are navigating a massive culture shift wherein antiquated values and oppressive systems are being publicly scrutinized. Both Vogue and Victoria’s Secret are culpable for not only reinforcing but helping to produce and sustain the very social structures they’re pretending to interrogate—and until they seriously make amends for that, they can’t honestly engage in these kinds of conversations. 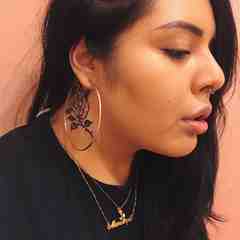 Mariana Viera is an educator, writer, and lover of all things femme and disobedient. You can follow her on twitter @_malditamari.