Inescapable Whiteness“Vida” and the Gentrification of Boyle Heights

This review contains spoilers for the first season of Starz’s Vida.

Whiteness is inescapable, even in neighborhoods of color. Whiteness creates those neighborhoods (through housing discrimination), works to disenfranchise residents, and then gentrifies those communities when there’s potential profit. So upholding whiteness, intentionally or not, can create internal conflict that leads to a questioning of identity. This is true for the Mexican women protagonists in Starz’s new drama Vida. The half-hour show helmed by first-time showrunner Tanya Saracho, revolves around Emma (Mishel Prada) and Lyn Hernandez (Melissa Barrera), two sisters who return to their East Los Angeles neighborhood after the death of their mother Vida (which means “life” in Spanish).

Back in a home they long ago abandoned, Emma for a cold, corporate life in Chicago and Lyn for a freewheeling, moderately employed life in San Francisco, each sister faces different crises around their identities and purposes. Their personal storms mirror the battle waging against developers and hipsters in Boyle Heights, the historically Chicanx/Mexican-American community where they grew up. In real life, Boyle Heights is facing encroaching gentrification. Rising rent prices have displaced longtime residents who earn an average of $32,463 a year, according to the Leadership for Urban Renewal. Seventy-five percent of Boyle Heights residents are renters, and approximately 90 percent are in rent-controlled apartments. 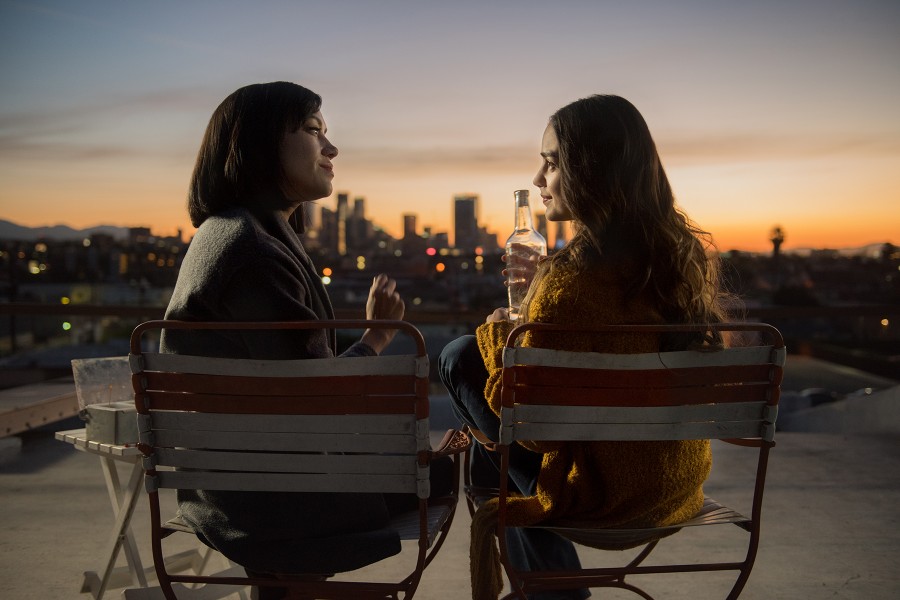 Yet, it’s common for tenants to receive letters about their rent skyrocketing as landlords look to cash in on rising property values. On average, rent increased 25 percent in Boyle Heights between 2016 and 2017, though some tenants have seen a 60 to 80 percent increase. Even with rent control, landlords are harassing and intimidating, neglecting properties, or calling ICE on tenants in order to raise rents to market rate. In November, California will vote on whether or not to repeal the 1995 Costa Hawkins Rental Housing Act, which limited rent control policies in many California cities.

Activists, including the L.A. Tenants Union and Defend Boyle Heights, have protested the opening of art galleries, coffee shops, and other new developments that signify gentrification and displacement of its residents. Marisol (Chelsea Rendon), a character on Vida, is also an anti-gentrification activist. When we first meet Marisol, she’s putting on hoop earrings and a bandana, so she can fervently vlog about how her community’s changing. “This is a manifesto, mi gente,” she says. “So grab a pencil and take note, because this morning I’m saying ‘Basta!’ The way they shut us down at the city council meeting last night was some straight bullshit. Like we shouldn’t have a say in how or where we live.”

Marisol is the show’s political center, and her character is modeled after the Ovarian Psycos, a grassroots group of women activists who lead bike rides in Boyle Heights to combat gentrification, gendered violence, and other social issues. Like the Ovarian Psycos, Marisol rides her bike and calls out the people infiltrating her neighborhood, like a white “Warby Parker bitch” shooting a video outside of a small restaurant or wooden-slat fencing. She also spray paints “Fuck White Art” on the window of a new gallery, which mirrors a similar incident in 2016. She’s angry, fearful, and defiant because she’s watching coffee shops, condos, and galleries erasing her neighborhood’s culture. 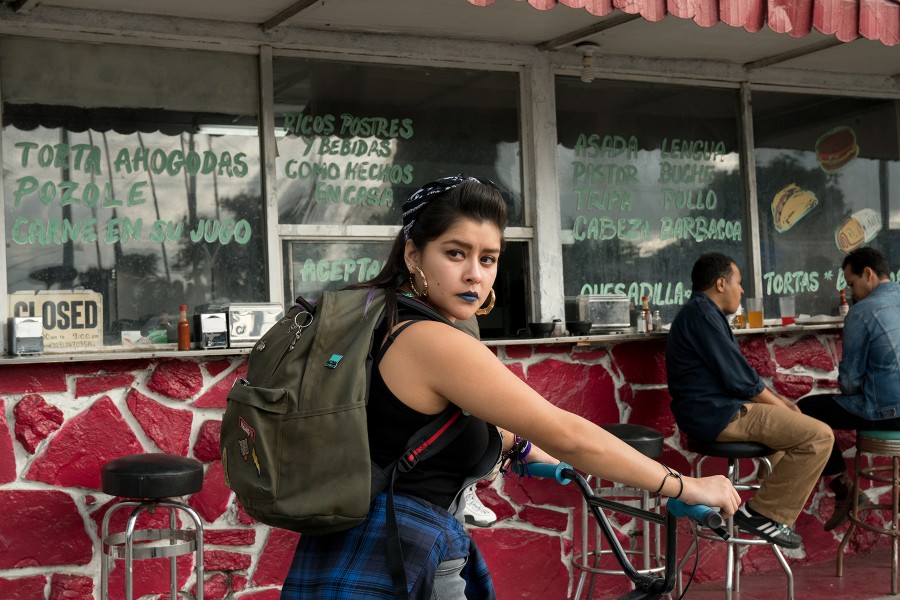 Chelsea Rendon as Marisol in Vida (Courtesy of Starz)

This is a real-life reflection: Just this February, tenants of a local building ended a nearly year-long strike against an 80 percent rent increase. They successfully staved off the rent increase by negotiating a smaller increase of 14 percent with annual increases capped at five percent, a 42-month month lease, and bargaining rights as a renter’s union. While longtime Boyle Heights residents are suffering, they’re also fighting back—hard. Marisol is not just battling the whiteness edging its way into Boyle Heights. She’s fighting the whitewashing of Mexican people in America, a byproduct of assimilation.

Until Mexico and the United States signed the Treaty of Guadalupe Hidalgo in 1848, a large part of California belonged to Mexico. When the American government bought 525 miles of Mexican land in exchange for $15 million, Mexicans were supposed to “retain their right to language, religion, and culture,” but were forced to keep their Mexican citizenship, move to Mexico, or become American citizens. Over time, Mexicans have been gradually stripped of their land, their rights, and their resources, which has created a deeply ingrained resentment. As a result of this loss, as well other historical and current traumas, including ICE raids and mass deportations, some Chicanxs or Mexican Americans are affronted by those who accept or assimilate into whiteness.

But that intercultural conflict hasn’t been depicted on television—until now. Vida doesn’t seek a solution to the problem because arguably there isn’t one, but the show examines what it means to be a “real” Mexican in the United States. After Emma defends a white woman who’s promoting a local restaurant, Marisol calls her a “whitetina” (or white latina), says she has an “uppity bitch” attitude, and declares that she’s not welcome in the neighborhood. Marisol then over-enunciates Lyn’s name to highlight its white girlification, and marks her as a “coconut”—white on the inside, but Brown on the outside. Emma fires back by calling Marisol a chola. Though they have the same background and come from the same neighborhood, they aren’t the same and don’t see each other as such.

Vida examines what it means to be a “real” Mexican in the United States.

This scene is pivotal to understanding how the perception of embracing whiteness affects the way Mexicans in America interact with one another, especially in politicized spaces like Boyle Heights. If a Mexican is willing to lean into whiteness, whether it’s by changing their name to something more Anglo (Lyn), dressing like a J.Crew mannequin (Emma), or speaking with no semblance of an accent, it’s often viewed as a rejection of culture or marker of class difference, tied to whiteness and respectability politics. Presenting as white comes with a regained access to rights and opportunities.

Emma and Lyn are granted access to spaces that Marisol isn’t because of their perceived safeness. Yet, Emma and Lyn will never be seen as truly Mexican, though they speak Spanish and were raised in Boyle Heights. Emma, in particular, has a complicated relationship with her culture because her mother rejected her for being queer. After Emma is caught kissing another girl in her apartment building, Vida sends her to live with her grandmother in Texas. It’s implied that she’s sent away a few more times for similar reasons. That rejection, and later uncovering a secret about her mother, creates a deeper rift between Emma and Vida and, in effect, her culture.

It’s likely one of the reasons she decides to sell her mother’s bar to a snake-in-the-grass real estate broker who’s helping gentrify the area. Lyn is also enticed by whiteness; she doesn’t want the burdens associated with being a person of color. Whiteness, for her, means maxing out her deceased mother’s credit cards on a shopping spree, and meeting a hot, rich white guy who takes her to an elite party in the Hollywood Hills. She doesn’t correct him when he assumes she’s Spaniard or from the hipster Los Angeles enclave of Silver Lake. (Silver Lake is not part of East Los Angeles, no matter how much people try to say it is.)

Despite her best attempts, she can’t escape who she is: A Latina housekeeper greets her at the party before cleaning up barf and broken glass. Lyn and the housekeeper don’t speak to each other as they ride home on the same bus.

It’s easy to forget home when home is far away. For many, success or making it means leaving home. However, in the Mexican community, leaving home often comes with the assumption of rejecting culture. Emma and Lyn must figure out who they are, and then fight for their home. Vida doesn’t fully get into the struggle Mexicans in America face to be accepted by their own. However, tackling the complexities of biculturality isn’t going to be resolved in a six-episode television show, or 1338-word story.

Popaganda: A Guide to Trump Resistance

“What We Lose” Is An Experimental Fiction Masterpiece

Even in Death, Breonna Taylor Is Being Disrespected 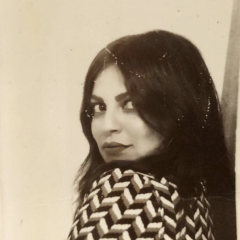 Alex Zaragoza is a freelance journalist and producer based in Los Angeles. She was raised on the U.S.-Mexico border. You can find her on Twitter and Instagram @there_she_goz.