Mixtape to My HeartMusic as a Function of Vietnamese Memory 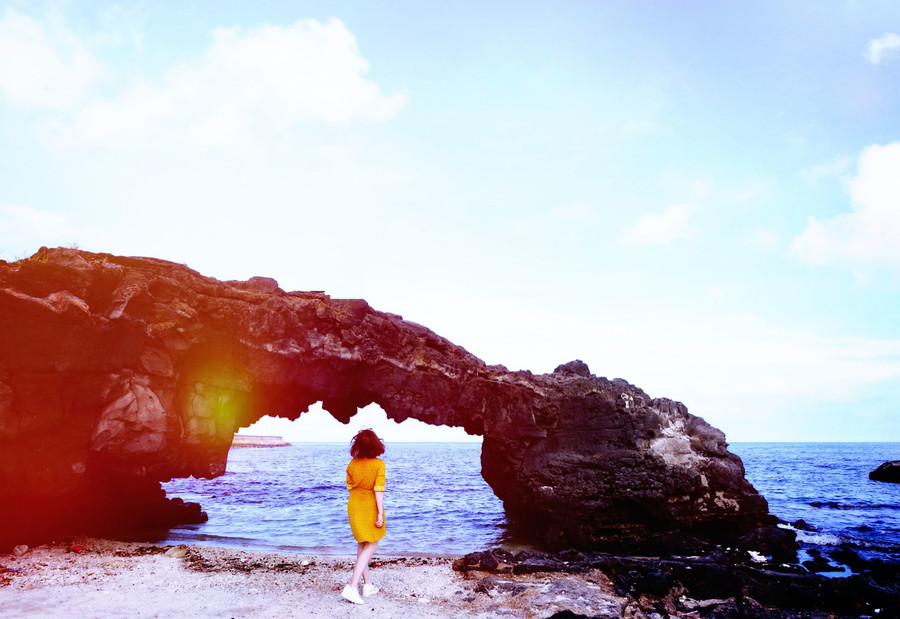 Two years ago, I began compiling a YouTube playlist I titled “Viet Memory.” I was in a period of extreme homesickness and the songs I chose activated the most intimate textures of my deepest archive, which gave me feelings of being at home or being Vietnamese at a moment when I felt otherwise unmoored. Listening to the playlist again and again became a practice of memory, each song a time machine for the body, a vehicle that would bring me back and anchor me in myself.

I was born in the United States in the 1980s: While the playlist is a sonic representation of my Viet memory, I should note that many of the songs included are not what one might consider Vietnamese at all. There are songs by Vietnamese (and Vietnamese American) artists, covers of French and American songs, and American pop music. Maybe that’s because complexities in musical language are hard to translate across cultures and generations, so I met my family in the in-between, or perhaps, after centuries of colonialism, Vietnamese culture has always been hybrid, or maybe I’m only capable of loving what I’m able to comprehend. Whatever the reason, these songs all brought forth memories, as if aural soundscapes were oral histories telling the story of home.

I think of certain songs, for the Vietnamese in exile, as thresholds between the end of one world and the beginning of another. When Saigon fell in 1975, the nation of South Vietnam and its citizens could only exist as diaspora. In a reunified Vietnam, South Vietnamese cultural artifacts (especially musical ones) were banned in an effort to align national sentiment with national ideology. In diaspora, this music became a kind of anthem in the most amplified sense: to play it was to perform memory, assert an exilic identity, and keep South Vietnam alive. What made music even more salient was that Vietnamese refugees fled with very few possessions; my own family left with just a few suitcases between them. Music needs minds and media to carry it, but it doesn’t need bags. Music can’t sink boats. This music was brought to me “by heart.”

Below is a sampling of three songs pulled from this playlist. Coincidentally, each song represents a decade in the first-generation post-exile, and their stories reveal something about unwieldy circuits of travel, cultural transitions, and finding an expression of Vietnamese Americanness through spectatorship and song. Writing about looking and listening is my way of decoding what I witnessed, giving shape and story to the emotional life of a nation in a new world. Being born in the swing space of this first generation, I was the one watching and listening, not singing. In telling a story (one of many) from this playlist, I am telling a story of my family in the diaspora, the extended family that is the diaspora, and me.

“Chuyện Tình” is a Vietnamese cover of French composer Frances Lai’s “Love Story (Where Do I Begin?),” more commonly known as the theme song to the 1970 film Love Story. Phạm Duy, one of Vietnam’s most important composers and musical historians, translated “Love Story” into Vietnamese, and Elvis Phương, one of pre-1975 Saigon’s rising musical stars and a figurehead in diasporic musical life, sang this cover. There’s so much of early-’70s Saigon embedded in this song: French and American influence, sad, sexy crooner songs, Vietnamese musicians taking refuge in Saigon’s nightclubs, and the international influence of synthesizers and Elvis Presley’s snarl. This kind of music is often remembered as part of a golden age of Vietnamese music, and there are many explanations for this, including a nostalgia for the youthful twilight before exile.

My family had a band that performed at local Vietnamese nightclubs and rehearsed in garages, basements, anywhere they could find some space. I don’t think that politics were at the surface of their performances; it’s more that playing songs first heard in Vietnam helped to smooth a hue across the fracturing experience of displacement. I want to imagine that unrequited love for a nation was expressed through the unrequited love in this song. Maybe that’s why, of all the songs they played, I loved the music-box melodrama of “Chuyện Tình” most dramatically. Even then, the glamour of the stage was contagious and I caught it: I wanted to be a star. When I listen to it now, I feel the reemergence of this starry space in which I dreamed, still calling out to me: Where do I begin? Where do I begin? Where do I begin?

Ngọc’s performance was originally broadcast in 1987 on San Jose, California’s KSTS TV station, recorded to video, and then—many years later—uploaded to YouTube. “HÃY ĐẾN VỚI EM,” a Vietnamese cover of the 1980s Italo disco song “Call My Name,” is an artifact of the Vietnamese new wave: a musical genre, possibly the first diasporic Vietnamese genre, that saw its emergence in the mid- to late ’80s, from a variety of styles including Italo disco, synth-pop, and Eurodisco. New wave was incredibly popular in the very new 1980s Vietnamese American community, especially among the youth, beginning at house parties in enclaves and universities across California, Texas, and Northern Virginia before spreading out through diasporic media networks mostly based in Orange County, California. It’s a genre that belongs to the 1.5 generation, and so the Vietnamese new wave is an in-translation crossover genre: generation to generation, language to language, culture to culture, and place to place. And as this media was making the Vietnamese American community visible to itself, it gave new aesthetics to new experiences.

I love this video because Ngoc looks so cool and stylish, and because the continual act of transferring formats (TV to video to digital) has warped the image and sound. This decay—this breakdown in fidelity over several generations of copying and replaying—breaks voice and image apart into multiple versions that chase one another without ever colliding, like an echo, a memory. Then there’s the intimate familiarity of the lo-fi microphone—a karaoke machine quality of production, a voice that could be any voice, including my mother’s. I heard my mom sing so much that I knew exactly where the breath came from in her throat. I flagged that spot in my world and I begin from that place when I sing.

Mariah Carey, “Without You” (from Fantasy: Live at Madison Square Garden)

The canon of exilic Vietnamese music is often characterized by nostalgia, sentimentality, and melancholy. In her 1999 ethnographic study, Songs of the Caged, Songs of the Free: Music and the Vietnamese Refugee Experience, Adelaida Reyes wrote that the refugees she spoke to in the ’80s and ’90s named “sad songs” and “love songs” as the two major genres of Vietnamese music. They attributed this to the “years of continual warfare—with the Chinese, the French, the Japanese, the Americans, and the Vietcong—that have made separation and loss part of virtually every family’s story.” I like to imagine that in the era of the ’90s power ballad, “Without You” could be covered as a hybrid love song and sad song. For me, part of how it feels to be Vietnamese is to constantly entwine love and loss, so that each memory marks what is missing, has departed, or did not survive.

“No I can’t forget this evening/ Or your face as you were leaving.”

I watched Carey’s 1996 concert at Madison Square Garden so many times with my family. We owned the video, and I loved the behind-the-scenes view of Mariah the Star. Her story—being the biracial daughter of an opera singer—was one I could oddly relate to in the total dearth of representations of people like me. In her performance of this song, belting out the “more” in “anymore” is one of the greatest displays of feelings reaching beyond the boundaries of a body. When it’s over, she swings her arm around like it’s a sail, like she, her voice, and all of us have been floating and she’s letting us down softly to land. In her cover of this song, I hear what’s hardest to comprehend in the sparest language possible: I have held more—more song, more feeling, giving more life to this memory by any means possible—in my throat. A vibration etched across time. A mixtape to my heart.

Read this Next: A New Day 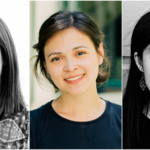 by Evette Dionne
Helen Hoang, Lillian Li, and R.O. Kwon offer insight into why Hollywood and the publishing industry are finally beginning to wake up. 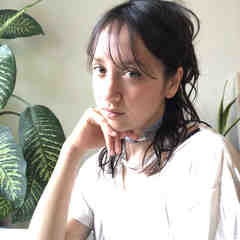 Kim-Anh Schreiber is an interdisciplinary writer and scholar. Her first book Fantasy was published by Sidebrow in March 2020. She lives in Chicago, where she is a PhD student in the Screen Cultures program at Northwestern University.