The WashingtonienneBlogs, Boys and Bad Manners

What with the hubbub about the 26-year-old Cutler and her sexcapades, I decided a read-through would be in order, and I curled up the other day with the blog and a martini in a state of high anticipation. I was expecting salacious. Purple. Titillating. Highballs and low morals, detailed with evil glee and sophisticated immorality.

In fact, it was the opposite: as I read, I started to feel gawky, uncomfortable. Giggly. I fought the urge to make prank phone calls and toilet-paper the house. I was regressing. I finally realized why: with the exception of the sex-for-money scenes (okay, all the sex scenes), this twentysomething's blog read a lot like my own eighth-grade diary. Squirming with embarrassment, I recognized the hallmarks of myself at age fourteen-the self-conscious coquetry ("Item! A new contender for my fair hand"), the supreme self-confidence ("I know I'm hot and everything") juxtaposed with adolescent gawkiness ("I got nervous and acted weird. Shit!"). Most of all, I was struck by the resilience of youth, the ability - for better and for worse - to move forward from difficult experiences without emerging scarred for life. Cutler may be down ("I feel bad about what I did to MK") (translation: "I feel bad about cheating on a serious, long-term partner") but she's not out. Turns out that "new stuff from Martha Stewart!" facilitates the healing process just as well as, say, honest communication.

It's fitting that Cutler's blog was originally brought to light by another blog: Political e-gossipmonger Wonkette broke the "news" of Ms. Cutler's online journal several months ago, and if the writing style is any indication, the friendship between Wonkette and Washingtonienne is off to a beautiful start. "WASHINGTONIENNE SPEAKS!! WONKETTE EXCLUSIVE!! MUST CREDIT WONKETTE!! THE WASHINGTONIENNE INTERVIEW!!" So Wonkette hyperventilated last May, fanning the embers of a sophomoric blog into a scoop and trumpeting her own role as star-finder in the process. Attracted by the scent of all those capital letters, other Web-trawlers and bloggers converged, and soon Washingtonienne was appearing in rants and raves throughout the virtual world (e.g. Wizbangblog, Swamp-City, PoliticalWire), all bristling with feedback from readers—and, of course, linking to each other.

Given the fuss, it was only a matter of time before the debacle ensnared more mainstream print media outlets. The Washington Post interviewed Cutler, while Playboy went one better and paid her to pose nude. (Never one to miss a business opportunity, the magazine has since posted a casting call on its website: "Attention Interns: Pose for Playboy Magazine!") Our culture rewards self-promotion in exactly the way the self-promoter would want: with visibility, in this case literally. The preliminary groundwork for that visibility is relatively easy thanks to the Web, where increased accessibility of information breeds increased appetite for information, and vice versa. The more press that was generated about Washingtonienne, the more readers wanted to know, and the more press was generated, and the more readers wanted to know. Cutler was happy to oblige.

But given Washingtonienne's sophomoric prose and extremely short lifespan, what's the brouhaha about? Well, we all love a guessing game. (Although if you have anything to do with government, chances are the list of suspects—identified by their initials and their positions, governmental and sexual—will be easily deciphered. For the rest of us, it might be time to learn the names of our elected officials.) And no, none of the suspects works at the political level of Dick Cheney. "Absolutely not," Ms. Cutler tells Playboy. "I think I would have tried to cash in on that earlier." (Good lord, whom to root for in that battle?) And do we even need to acknowledge that we get off on sex and power? Who can resist a peek at the salaciousness seething behind the sober suits and marble halls of American government? Finally, we love a good villainess-a sexually voracious woman incurs our particularly punitive wrath. Slut! Whore! we cry, wringing our hands, our eyes glued to her cleavage.

But these kinds of puritanical, knee-jerk catchwords are too easy, and they obscure a more complicated truth. Jessica Cutler is a sexually voracious woman. But her problem is not appetite—it's etiquette, or lack thereof. Her gleefully tawdry publishing of the sexual secrets of people she purports to care about is tacky and disrespectful, and it's this, not her sexual zealousness, that should incur our eye-rolling. Take her latest beau: Turns out this fellow (a committee staffer in her office, former cop, "looks just like George Clooney when he takes off his glasses," initials RS—how hard would it be to figure out his identity?) "cannot finish with a condom on. He can barely stay hard." On the other hand, he did ejaculate twice in one evening, so maybe that lessens the sting? A cursory read through the rest of the blog gave no evidence that RS had sinned badly enough to deserve this kind of outing. So… why, Washingtonienne, why? Likewise, the hapless R, "aka Threesome Dude." So Ms. Cutler had a three-way with two other consenting adults? Bully for her. What's appalling is not the encounter, but the way Cutler chooses to present it to the world. Not only is this Dude probably recognizable to his peers, but his earnest, awkward attempt at a thank-you note merits this online comment from our narrator: "Jesus, what a douche."

It's one thing to slam sexual partners to their face, or to a best friend, or to a therapist. It's another to broadcast their thinly disguised identities and their shortcomings to the entire online world via non-password-protected, real-time updates. And it's this breathtaking lack of respect-not the number of partners or choice of sexual positions- that left me wanting to scrub the virtual bathroom walls free of Cutler's callous graffiti.

Cutler is not the first, or even the nastiest, blip in the blogosphere. But she has been able to parlay her private exploits into a public spectacle thanks to an ally arguably more powerful than any wealthy political appointee: the Web. Without it, she might have been just another exhibitionist, albeit one who's rather boorish, opportunistic and, despite her claim of an IQ exceeding 140, not too bright. (From her Playboy interview: "I'm registered as a Republican. That doesn't mean much, though. I'm from New York. New York's different. I'm more the Giuliani/Pataki style Republican, which basically means you're against crime.")

But so what? From the Lascaux cave painters to Jenna Jameson, humans have always been willing to make their sexuality a part—or the whole—of their public image. What's so modern about this affair is not Cutler's character, nor the desire to publicize her dalliances, but rather the ease with which she was able to broadcast her exhibitionism and bad manners to the world. Back in the pre-wired days, she might have limned her encounters in a letter, or waited for friends to visit before drawing them aside in the parlor to whisper her indiscretions. But thanks to the internet, anyone can, with the literal click of a button, eradicate the boundaries between us and All Information Everywhere.

With that in mind, it's Cutler's manipulation that becomes the focus of the story. Initially, I tried to see her as a victim—an emotionally vulnerable young woman alone in the big city, manipulated by powerful men and shocked—shocked!—to discover that with "a blog, you can't expect your private life to be private anymore. You just never know." But she isn't a victim—at least, not of anything other than her own psyche. In fact, reading her recent Washington Post interview, I began to feel that she was not only unmannered, but unbalanced. She protests that she "feels bad" for a lot of people around her, but the claims come across as the wide-eyed, theoretical compassion of someone who has never actually experienced the emotion. She tells a reporter, "I was only blogging for, what, less than two weeks? Some people with blogs are never going to get famous, and they've been doing it for, like, over a year. I feel bad for them." On behalf of all the less-notorious bloggers and other struggling-writer types: thanks for the sympathy. On behalf of the hundreds of female interns and assistants who come to D.C. to work and learn—not just meet guys and show off cute outfits—thanks for further damaging our reputation and rendering questionable our motivations. As for the men formerly in her life? "I feel really bad for the guys," she says. "They didn't deserve this"-as if "this" were a consequence of god pointing the finger, rather than Jessica Cutler typing out their sexual secrets onto her computer screen. Item! Good sex and good manners? Not mutually exclusive, even in politics.

Women are being exploited day by day by their friends or by their partners no one can stop this violence against them . Your post is an excellent example of why I keep coming back to read your excellent quality content. 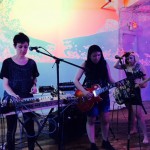