I Consider the Union My Second Mother 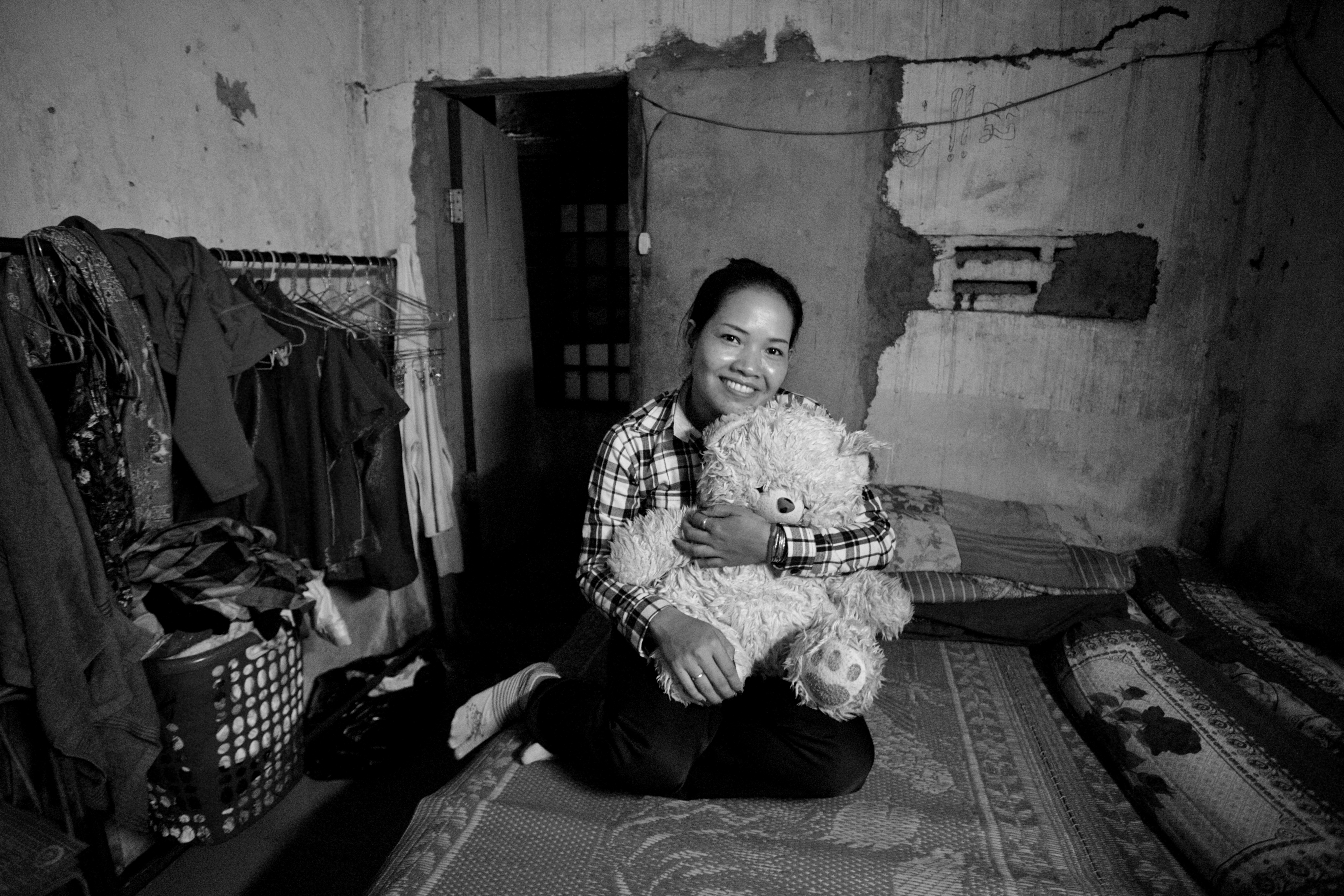 This is a story of Cambodian beer promoter Tep Saroeung, who describes how she became a union member and helped organize a strike. The book is the result of 140 interviews with original photographs by Liz Cooke.

THE WORD “UNION” evokes images of brawny brotherhoods, working-class fraternities. And it is true that, even today, most union leaders are male. But in a low-wage workers’ movement that is majority female, activists have started to see unions in softer ways: as family, offering love, support, and financial help. Cambodian beer promoter Tep Saroeung describes her union as “my second mother. She stands by her children and shows them how to survive.” Tep comes from about an hour outside Phnom Penh. She bore children young and had no way to support them beyond the meager living her family earned growing rice. So when recruiters came to her village looking for pretty young women to promote Cambrew beer—the top-selling beer in Cambodia, owned by the transnational Danish brewer Carlsberg—her parents urged her to go.

Tep lives in a lightless warren of rooms on the edge of a leafy Phnom Penh neighborhood. Most of Tep’s colleagues are in their teens and early twenties. At 32, Tep is one of the oldest beer promotion “girls.” Noticeably, there are few children. Those who do have children leave them in the villages, cared for by grandparents. Tep rents a $35-a-month room for herself so that she has privacy if her husband and children visit. Hers is one of the few rooms with a flush toilet and shower. Carefully washed uniforms hang on a line above her bed. A white plush bear sits on her pillow. The beer promoters’ “worker dormitory” is a series of ten-by-ten-by-five-foot rooms connected by narrow alleyways. Three young women live in each, sharing one full-size bed. They also share an outdoor toilet and shower with scores of neighbors. In November, the rooms are damp. The cement walls sweat; the women are alternately hot and chilled.

Many beer promoters have been driven to the city by land grabs in their villages. Since 2003, family farmlands across the country have been seized and leased to foreign sugar and rubber planters. “Entertainment work” offers a lifeline. Some start as garment workers, but are forced to find other work when factory owners “run away.” Most “beer girls” have little education, and so have few other options besides full-time sex work. The line between the two fields is often faint. Beer promoters are chosen for their youth, good looks, and, frankly, their desperation. They wear skimpy, colorful, glossy uniforms, showing the logo of whatever beer they are pushing. At midday when I visit, some are resting in bed, gossiping, checking their phones. They work nights in bars, restaurants, and beer gardens, flirt with male customers, pour their beers and encourage the men to buy another round.

The more men drink, the more the women earn. Though they are employed by beer companies, bar and restaurant owners press promoters to clean and cook for free. Owners also push women to drink with customers, flirt, maybe agree to sex on the side. The possibility of sex sells more beer. And it helps the women pay bills. They are far from home, and their families need not know. Alcoholism, drug addiction, and STDs are rampant. With promoters drinking up to seven beers a night, the work takes a toll on their health and spirits. Wage theft is common. It’s one reason the women like to work for tips: cash on the spot, pocketed quickly.

For Tep, who has been doing the work for eleven years, the job is an unpleasant necessity. “I don’t like it,” she says, “but I have very little education so I don’t have a choice.” The worst part for her is when customers take liberties with women servers. “When the worker pours the beer into the customer’s glass, the man uses his hands to touch the lady as she pours. If the woman objects, the customer says—‘Oh.’ As if it’s an accident that he touched her.” Worse things happen too, she says, when women leave work late at night and men are waiting. Cambodian beer promoters, karaoke singers, and massage workers have been organizing and striking frequently since 2010. Tep has helped organize strikes and protests by the Cambodian Food and Service Workers’ Federation. Founded in 2007 by charismatic young activist Sar Mora, CFSWF has built a militant movement of service workers in Cambodia.

Tep helps women fi le charges of sexual harassment and assault, but even with the union’s help, justice is elusive, she says. “We had one customer who grabbed a woman in such a way that she became very angry and wanted him arrested. The union helped us, but he disappeared. The woman even knew what his motorbike looked like, but we never found him.” Male customers come and go, she says. Servers rarely know their names. And when they do, says Tep, men threaten to hurt women if they complain. So the women prefer campaigns for systemic change. Transnational Danish brewer Carlsberg was not happy to have its labor abuses in Asia exposed back in Europe, and especially not in union-friendly Denmark, where the Cambodian strikers made TV news. Danish union officials announced a campaign to change “Carlsberg’s behavior in Cambodia.” When global labor federations with 175 million members called for a boycott, Carlsberg announced it would work with Danish unions to improve conditions for its Asian beer promoters. Tep watched it all closely, she says. “Lessons in global capitalism.” She smiles. “My education.”

The union educates the women well, she says. “The rep comes to see the women at least twenty times a year and invites us to classes. We learn about labor rights and gender-based violence at work. They teach us how to organize, how to negotiate a collective bargaining agreement.” But there is a deeper connection, an emotional bond. “I consider the union my second mother,” she says. “When I have problems, union members care about me, about my working conditions. And when we are challenged the union helps us.”

Before she became a union member, Tep was earning $30–$40 a month. By 2015, after several strikes, she was earning $160, enough to keep her parents in their home and her children in school. Her children motivated her to become a leader, she says, as did younger workers, who she helped win eighteen paid days off a year and three months’ paid maternity leave. I tell her that this is more than most American workers have. Tep smiles. “I’m going to tell my friends on Facebook.” In 2016, when Carlsberg failed to honor its promises, Tep helped organize a strike. Sympathetic coverage in the Danish press sparked consumer protest. Some stores stopped carrying Carlsberg. Meanwhile, Tep and her colleagues picketed at the beer maker’s corporate headquarters in Phnom Penh. Wearing bright red shirts and loudly condemning violence against women, they also protested at the Cambodian Department of Labor and Ministry of Women. After months of struggle, workers won a 300 percent pay increase and a change in schedule. Workdays would now end at 9:30 p.m. instead of 11. And their new contracts offered clear procedures for grieving sexual harassment. Tep sits up straighter. “We won a lot.”

But Tep believes that Cambrew has retaliated by assigning union members to less lucrative bars and to restaurants in isolated areas, where they had to wait late at night at dark crossroads for private vans to take them home. As women and as known activists, they feared for their safety. Tep and her coworkers again turned to consumers and unionists abroad, inviting Danish union food servers, hotel workers, and bartenders to visit Phnom Penh and observe working conditions up close. Sar Mora traveled through Europe, seeking allies. Carlsberg profits from a strong reputation for social responsibility, he said. “We have to hold them to that.” Tep says she will keep fighting. “Before the union, we had nothing to live on after we gave birth. Now we get full maternity pay for three months and fifty dollars extra each month to buy food. We can spend more time with our children and our families. I love my union mother.”

Excerpted from “We Are All Fast-Food Workers Now”: The Global Uprising Against Poverty Wages by Annelise Orleck (Beacon Press, 2018). Reprinted with permission from Beacon Press. 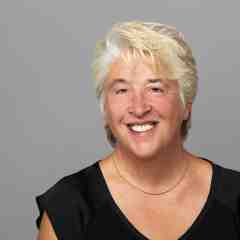 Annelise Orleck is professor of history at Dartmouth College and the author of five books on the history of US women, politics, immigration, and activism, including Storming Caesars Palace: How Black Mothers Fought Their Own War on Poverty. She lives in Thetford Center, Vermont.