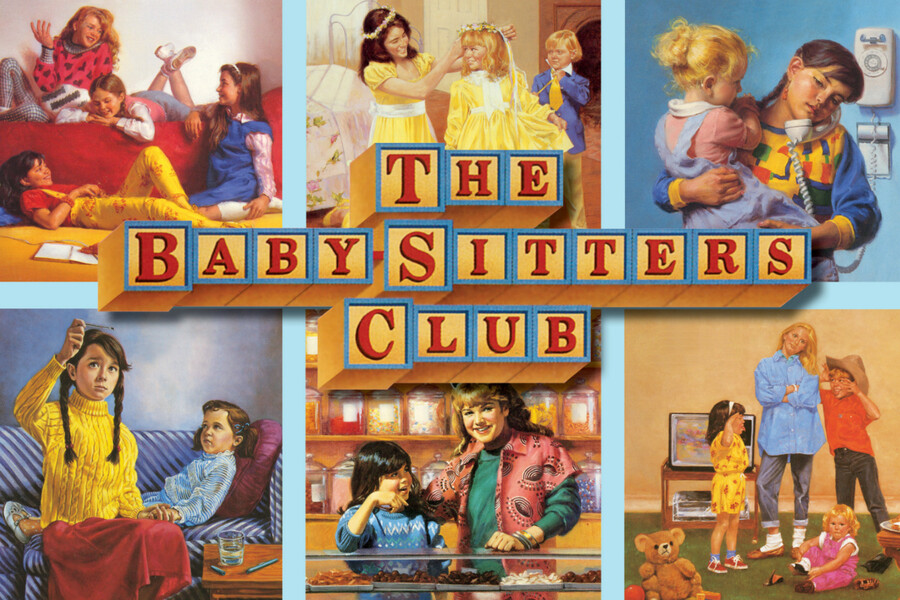 Many writers’ love affair with books began during childhood. Not me. While my second-grade classmates zoomed through chapter books, I struggled to sound out the single-syllable words in the picture books I checked out from the library. It was a secret I hid through first grade by memorizing the stories my teacher read aloud. But by age 8 my secret was out: A neuropsychologist in khakis diagnosed me with a slew of learning disabilities, including a language processing disorder. At my small rural school, I was promptly removed from my regular classes and placed on a remedial track. Our segregated classes were held in a small, dimly lit room by the cafeteria, and I blamed books for my banishment.

As with most things that scared me, I feigned disdain for the thing itself. “Books are boring,” I said to anyone who would listen—a risky move considering I came from a family of readers. Every evening my mom thumbed through thrillers while reruns of The Young and the Restless droned in the background. My sister’s favorite weekend ritual was riding to and from the library with the window rolled down, a stack of paperbacks in her lap. During library visits, I entertained myself by eavesdropping on the teens who gathered on the lawn to kick around hacky sacks. Their gossip thrilled me: rude teachers with coffee breath, nagging parents, first kisses. To make myself less conspicuous, I sat in the grass with a book in front of my face. These props were often pilfered from my sister’s stash of Baby-Sitters Club books by Ann M. Martin.

Thanks to my sister’s obsession with the BSC series, I didn’t need to read the books myself to enjoy them. During slow summer afternoons, my sister read them aloud to me, or summarized their plots in great detail, adding her own commentary and editing the endings to amuse herself or surprise me. With time we both started creating adventures for our beloved characters. While my sister adored shy and studious Mary Anne, I crushed on Claudia, the junk-food hoarding artist who was as bad at math as me. By summer’s end, my sister had finished the series, but when I asked her about the babysitters, she said they were doing “kid stuff.” If I wanted to find out what happened to Claudia, I needed to read the books myself. As I soon discovered, reading was another form of eavesdropping.

While some kids read to find fictional versions of themselves, I read to lose myself. I wanted to know everything about other people. I spied one sentence at a time. That fall I slowly built up my language skills. My therapist suggested I write stories to learn grammar. My first attempt: Claudia’s New World. During therapy sessions, I spoke into a black microphone and watched my words appear on the computer screen. As the sentences piled up, I felt myself changing. What I didn’t know back then was that my bad first draft was but one bright spot in an expanding constellation of art inspired by the BSC series. When I lay in bed and dreamed up new scenes for Claudia’s New World, I was tapping into a larger community of people who understood that the most pleasurable part of reading is the stories we tell ourselves after we shut the book.

“The stories you’re most interested in [is] the stuff that happens in your own head that Ann M. Martin never writes about,” Kristen Arnett writes in the opening essay of We Are the Baby-Sitters Club: Essays and Artwork from Grown-Up Readers, an anthology of 24 thematically linked pieces devoted to the iconic 1980s YA series. Edited by Marisa Crawford and Megan Milks, the collection is a clear-eyed homage to both the babysitters and a prescreen era when reading books still actively shaped how we experienced the world. Many of the essays describe not only the pleasure of reading BSC books but also the thrill of procuring them. Myriam Gurba details how she “gophered into the couch seeking derelict change” to take to the mall bookstore. Sue Ding likewise describes the “colorful cartoon displays” and “glittering merch and endless shelves of glossy paperbacks” at the Scholastic Book Fair where she purchased her first BSC book. While Ding isn’t sure what inspires her to buy Book #2 at the Fair, she’s delighted to meet a new friend—Claudia Kishi—only a few pages in.

For Ding, Claudia’s complexity as a character navigating the largely white suburb of Stoneybrook was “groundbreaking,” as Claudia “was one of the only Asian American characters in popular media” at the time. As an adult, Ding discovered that she was already part of “a whole community of Asian American women who had grown up with Claudia.” This “Claudia Generation” is now producing their own stories in print and on podcasts. Ding’s essay keenly articulates a major theme of the collection: Representation matters. “The images and narratives we see in popular media help define what we think is possible for ourselves,” Ding writes. Representation gives us insight into who we are, but perhaps more important, who we do and don’t want to be. With that in mind, several pieces in the anthology remind us that identity is not fixed. The slippery nature of identity in the BSC universe is likely why many readers see themselves reflected in several characters at once. Crawford charts this phenomenon in her aptly named essay, “I Want to Be a Claudia but I Know I’m a Stacey.” While Claudia oozes creativity and confidence, Stacey is a rule-follower at heart. The issues Stacey experiences in the books (like her parents’ divorce) may have helped Crawford cope with changes in her own life, but Claudia helped her dream. 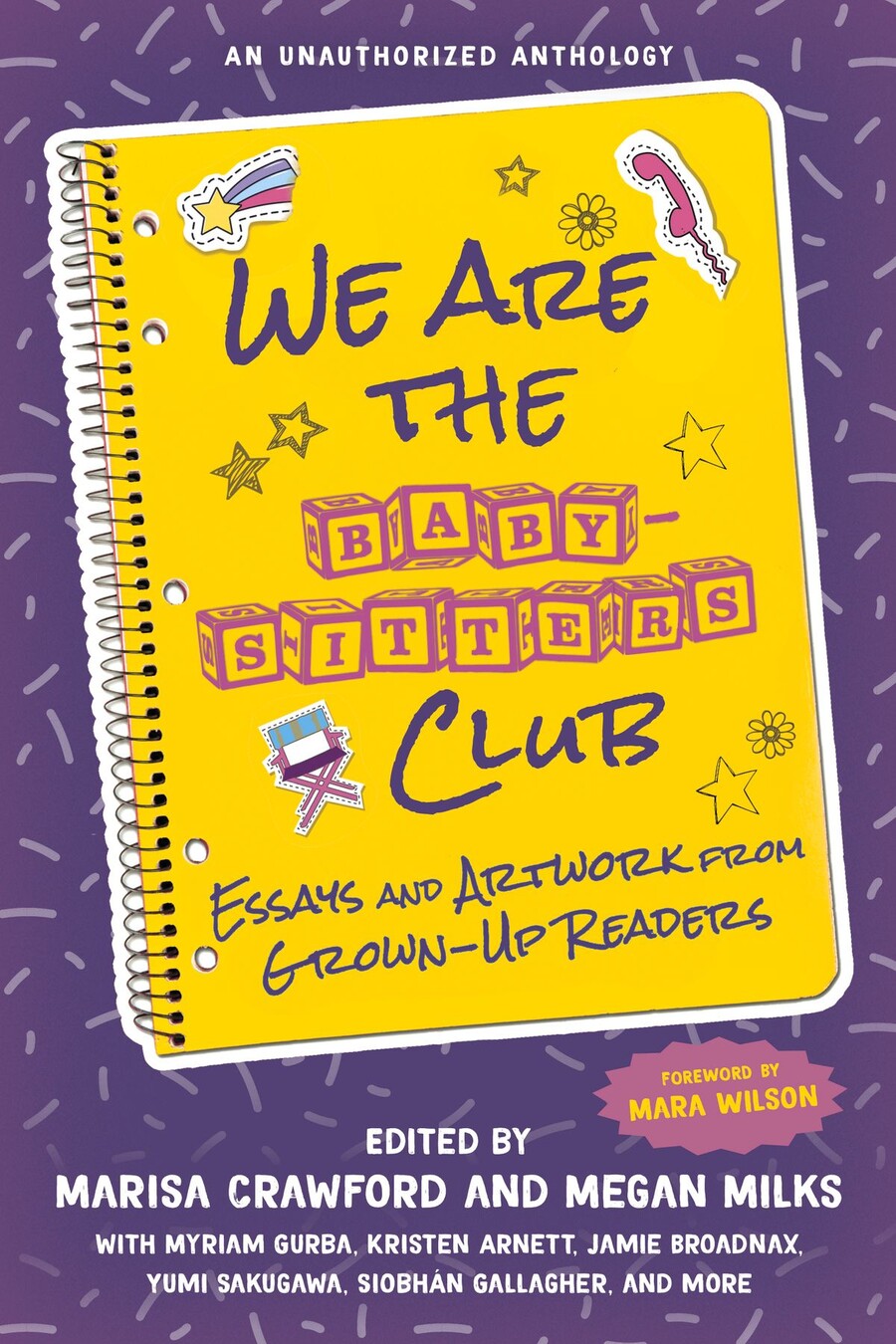 We Are the Baby-Sitters Club: Essays and Artwork from Grown-Up Readers edited by Marisa Crawford and Megan Milk (Photo credit: Chicago Review Press)

Gurba sees herself similarly reflected in two particular BSC characters: Though she identifies with Kristy’s take-charge personality, she finds Claudia “magnetic.” She sees in Claudia her “Chicana self reflected back.” As the series’ only girl of color until Jessi joins the group in Book #14, Claudia was Gurba’s foothold in WASP-y Stoneybrook. Jessi, the first Black character in the BSC, marked a milestone for both the series and for mainstream YA publishing. As Gabrielle Moss writes,” The fact that BSC was the first major YA series to…examine classism, racism, and chronic health issues…has become a key part of [its] legacy.” In “Jessi on the Margins: Black Characters Then and Now,” Chanté Griffin details how Jessi’s introduction into the series and her own self-descriptions are “conspicuously centered on her race.” Jessi’s experiences are rarely integrated with her race and culture. Griffin writes, “We could’ve seen Jessi enduring a marathon braiding session with her mom in preparation for her synchronized swimming classes.” But we didn’t.

Griffin’s essay is emblematic of a unifying thread in the collection: While the series was ahead of its time considering the lack of diversity in YA publishing, it was also painfully reflective of that same time. Many of the pieces in We Are the Baby-Sitter’s Club revolve around these two poles of love and critique, showing us that nostalgia need not be rose-colored. Instead, the book of essays asks the essential questions: Why do we love what we do? How has our love failed us? How can we satisfy our desire for more from the things we adore? Love inspired many of us to read every single book in the BSC series. Dissatisfaction drove us to create our own stories beyond the books. To paraphrase Logan Hughes, this is what fans do: We write the epilogues we want to see. For some this process of rewriting might entail queering certain characters. For the creators of the Netflix TV series of the same name, it means diversifying the cast while also crafting more culturally responsive storylines that allow characters of color and characters with marginalized identities to be protagonists in their own stories. We Are the Baby-Sitters Club shows us that our loves, like our identities, are always open to reappraisal, revision, and radical change.

Read this Next: Cerulean Blues 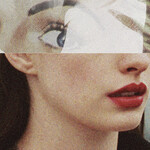 by Sarah Rosenthal
Most media outlets still favor the image of equality over doing the real work that true equality would require. 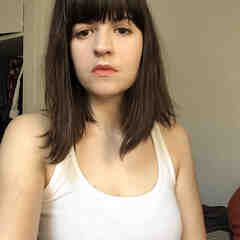 Elizabeth Hall lives and loves in Los Angeles. She is the author of the book I HAVE DEVOTED MY LIFE TO THE CLITORIS (Tarpaulin Sky Press).