Wedding Workouts Don’t Work, but the Industry Is Imbued with Fatphobia | Bitch Media

Unshakeable ShameNo One Can Escape the Wedding Industry’s Fatphobia 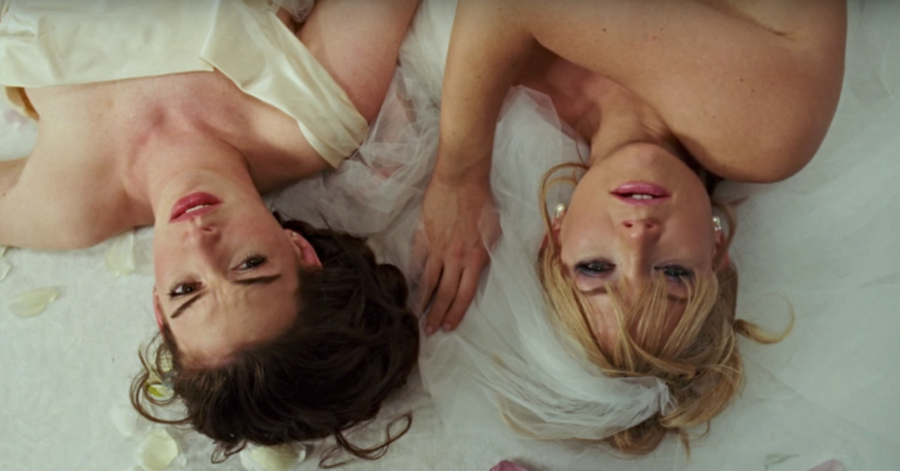 Traditional Western wedding dresses are often pictured as pure white, though other palettes are now en vogue. Maybe the bride has a veil, a long train she’s trying not to trip on, or the perfect stilettos. But in the Western imagination, what’s non-negotiable is that the bride is almost always thin. The wedding industry has been pushing this image since the 11th century when husbands bought wives from their fathers and beauty was treated as a bargaining chip. At the time, beauty ideals directly impacted a woman’s value as she prepared to marry. While times have changed and beauty expectations have morphed, a petite and thin bride remains the industry standard. A loaded history, which still proliferates pop culture’s representation of brides, has created an unyielding image of brides that doesn’t consider plus-size women like me, and it’s not just a frustrating. It’s dangerous.

Worse still, brides-to-be are consistently told that a wedding is the best time to slim down, and, unsurprisingly, that message can lead to serious body image issues. In 2009, Glamour shared a story about a bride-to-be who died while trying to lose weight for her wedding, and a Britannica piece about the boom of wedding diets explains, “At one extreme is a feeding-tube diet, offered in Italy, Spain, England, and the United States. It has proved popular with brides-to-be eager to slim down prior to their wedding day.” Why do weddings, in particular, seems to bring fatphobia and dieting culture to the forefront without any real pushback? In 2014, author Lindy West, who was preparing for her wedding, wrote in The Guardian about being a plus-size bride. “I grew up assuming I would never get married, because marriage was for thin women,” she wrote. “What I needed to hear was that that you can be fat and happy and in love.” And even already-traditionally thin brides are encouraged to lose a few pounds before the big day.

Melainie Rogers, the founder of CEO of of the BALANCE eating disorder treatment center, says, “Diet culture plays on the insecurities that most brides have, so it’s hard to stay grounded and know that you are enough exactly as you are.” Especially since so many women are already insecure about their bodies, these feelings of insecurity are only heightened for such a high-stress, high-visibility moment. Weddings make women the star of the show, but it is done in a way that can leave them feeling vulnerable and just not good enough. And it doesn’t help that these images and this messaging of never-thin-enough are echoed onscreen.

The image of the thin bride has a strong presence in pop culture: Many of us have watched romantic comedies wherein the bride-to-be breaks the diet that has been suffocating her for months, lunging for the closest sugary treat she can find, and stuffing her face to make up for the fact that she’s starving. These scenes don’t often make us empathize with the bride; instead, she becomes the punch line. In Bride Wars, best friends Emma (Anne Hathaway) and Liv (Kate Hudson) have been obsessed with getting married since childhood. When a cruel coincidence opens up a space at their dream wedding venue on the same day, they’re pitted against each other in a high-stakes quest to score the venue. As the pranks and schemes begin to escalate, Emma decides to send Liv large bags of her favorite candy in the hopes that she’ll get “too fat” to fit into her wedding dress.

The CW’s reality show Shedding For The Wedding features engaged couples competing against each other to lose the most weight before their big day. Each week, the couple that has lost the least amount of weight is kicked off until the final couple wins their dream wedding. Aside from the rigorous training and healthy cooking scenes, contestants are forced to go through “tests” to determine their resolve. In one episode, the couples are invited to a night out on the town. “Fattening” foods are paraded in front of them as a test; one of the contestants weakly asks the waitress if their plate has stuffed mushrooms, their favorite food. It’s clear that this performance is just a guise for fat-shaming entertainment.

Social media plays a significant part in the pressure placed on brides to lose weight. Though there are now plus-size fashionista accounts on Instagram, more plus-size models in bridal ads, and plus-size companies selling wedding attire, we’re still bombarded by wedding-weight-loss stories. Social media is full of enthusiastic bride-to-be posting their “before” and “after” pictures and weight-loss advertisements that target brides. After soon as I posted about my upcoming wedding on social media, I began receiving sponsored weight-loss articles and ads with slogans like “Top diets for the hectic bride” and “Slim down that waist for the big day.” The constant bombardment of the “thin equals beautiful” messaging and the familiar trope of a bride dieting before their wedding to “look their best” can cause unshakable shame that oozes throughout the wedding industry.

The entire premise of the 2012 movie Bachelorette is that three thin women can’t believe their “fat friend” is getting married before them. Becky (Rebel Wilson) has it all: a happy engagement, a positive attitude, and a good life, but she’s still ridiculed throughout the movie for her failure to be the “perfect” bride. During a particularly horrifying scene, two of the bridesmaids step into Becky’s dress at the same time, laughing at the size of the waist, and end up tearing the fabric. The scene is horrifying and disgusting, but it’s set up comedically; we’re expected to laugh along with these thin bridesmaids at the absurdity of their plus-size friend’s wedding dress.

“News flash, fat women are cool! They want to wear trendy things and have unique looks,” says Emily Hanson, regional manager of the plus-size bridal boutique Luxe Bridal. After working in the industry for more than 12 years, she began working at Luxe Bridal because she wanted to foster a more inclusive experience for brides. “After doing this for so long and having so few options for women who looked like me, I knew it was time to be surrounded by my people.” While more boutiques like Luxe Bridal are cropping up to cater to brides that don’t fit the “norm,” it can still be difficult to find a place that understands being plus size isn’t always the “before” end of a photo montage because language around dieting is so normalized in wedding spaces, with jokes about losing those last few pounds just a part of the routine of trying on a dress.

Countless brides fall into the trap that thinness is the epitome of perfection. Sandy Chen’s struggle with beauty and thinness being intertwined haunted her she prepared for her wedding. “I bought into the idea that I somehow ‘had’ to lose weight to look beautiful on my wedding day,” she says. “Nevermind that my now-husband had proposed to me at the size I was.” As a Latinx bride looking to wear a traditional Chinese wedding gown (cheongsams) in honor of her husband’s culture it was especially difficult. “I felt like I was looked upon with scorn for my size.”

A loaded history still proliferates pop culture’s representation of brides, creating an unyielding image of brides that doesn’t consider plus-size women like me.

Despite the body-positivity movement’s focus on helping people accept their bodies, no matter their size, the wedding industry’s obsession with thinness is still standing strong. Maybe that’s because the mainstream version of the movement’s flattened roots now advocate for body positivity only if that body still fits within certain expectations and a specific image of “health.” I’ve been fat my entire life. This label and all the expectations that come with it made me cut back on the things I thought I could do, or wear, and my wedding was no exception. My now-fiancé challenged that expectation, saying, “I respect what you want to do with your body but I would really love to marry you as you are now.” While it has long been taboo to be fat, in 2019, to be fat is to be political. In the murky era of body positivity, there are spaces that promote a more legitimate body positivity, but these are up against endless fatphobia, in real life, and online.

I’ve never seen an engagement like mine shown onscreen or in ads. This seemed to be a consensus among the other plus-size brides I spoke to: Plus-size bride Shannon thought it best to beat people to the punch and make it perfectly clear what her priorities were for her wedding day: “If you want to lose some weight for your big day, it’s up to you and only you. But if you decide to get married just as you are, then I found it helpful to pre-empt people telling me I should slim down by explicitly saying, ‘I’m not losing weight.’”

Ultimately, it’s on the wedding industry to understand that not all couples are thin, white, and straight and to do better by their diverse clientele. “I think we need to see more couples of different sizes and different racial and ethnic backgrounds, as well as more brides with disabilities and LGBTQ brides,” says Sandy Chen. Ultimately, a wedding itself is about love⁠—not weight. “No one is going to stand up at your funeral and say, “she had a small waist and a great thigh gap” adds Rogers. “These are not the things people love you for. Those celebrating your wedding day with you are there for many reasons and it won’t be any more special for you or them because you recently stuck to a five-day juice cleanse.” There’s power to be found when brides refuse the industry, and shape the day on their own terms.

Read this Next: “Rough Night” Turns Fat Women Into Villains 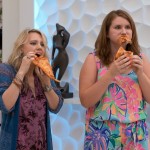 by Lisa M. O'Neill
Fat women deserve more than having their bodies used as weapons or the brunt of cruel and lazy jokes.
by Macey Lavoie
View profile »