The Week in Douchebags | Bitch Media

The Week in DouchebagsIt's a Fuckery Faceoff! 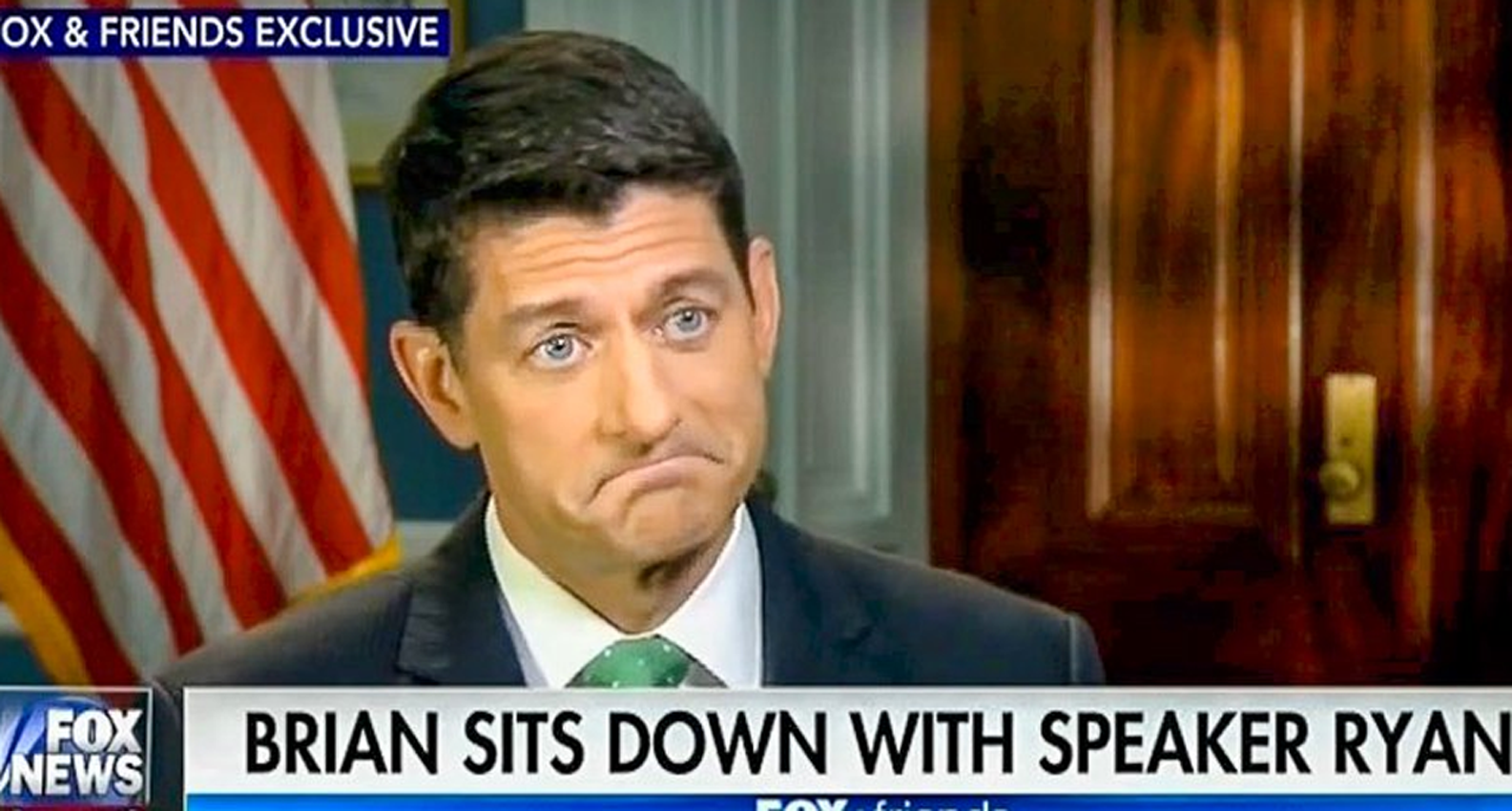 People. Remember one thousand years ago last week when the lady who once tried to defund Planned Parenthood and doesn’t believe in a livable wage won the special election in Georgia and health-care protestors in wheelchairs were forcibly removed from Capitol Hill? It’s probably feeling pretty vague by now, right? This is surely not the single dumbest, most hateful, most mean-spirited, most soul-trying time the world has ever seen, but it feels like it is because there is so much bad stuff happening so fast and so endlessly that it is impossible to keep up, but you have to keep up because what if you stop paying attention and things get immeasurably worse? These are the times we live in. (And if you happen to be me, these are the times you live in while you’re doing a monthlong sugar detox, which means processing a shitstorm of news without the benefit of being able to faceplant into a pile of Hostess cakes like Tony Montana into a mountain of cocaine.)

So it’s time for the first Fuckery Faceoff, a descendent of Bitch’s Douchebag Decree in which we play a little game of “two douchebags enter, one douchebag leaves” with the instigators of the week’s worst news stories. As I write this, it’s Wednesday, one day after A.) It was announced that the vote on the Senate’s health “care” bill will be delayed, B.) Donald Trump interrupted a phone call with the Prime Minister of Ireland to harass an Irish news reporter, and C.) It was revealed that Trump’s golf resorts feature fake Time magazine covers. And though I’m not a betting woman, I would put folding money on the fact that these are not even the A.) most life-threatening, B.) most offensive, or C.) straight-up dumbest things that will happen this week. So, with that in mind, here are your contenders.

In one corner, we have Mitch McConnell, Senate Majority Leader and man giving turtles everywhere a bad name. You may remember McConnell as the guy who straight-up blocked the voting process for Barack Obama’s Supreme Court nominee, Merrick Garland, after the death of Antonin Scalia in 2016; you may similarly recall that he deployed the Senate’s “nuclear option” to ferry Trump’s Supreme pick, Neil Gorsuch, through the confirmation process. In spearheading the Senate’s super-double-secret Obamacare replacement bill, McConnell has evinced stunning hypocrisy at every turn. Now that the wildly unpopular replacement bill (working title: “Kindly Fuck off and Die Because Millionaires Need More Yachts”) has been delayed until after July 4, McConnell will be using the interim period to convince his fellow Republican senators to sell out their souls and constituents. Unless he gets food poisoning from a July 4 picnic or something.

In the other corner, there’s Paul Ryan, a man so woefully spine-free that several sympathetic souls have started GoFundMe sites to buy him one. The power-lifting House Speaker has dreamed of taking health care away from U.S. citizens since he was but a weedy college student, and this week was tasked with explaining why the dismal rating that the Congressional Budget Office gave the Senate replacement bill is actually a good thing. The CBO says that the bill will leave 22 million Americans without insurance within a decade? Ryan’s spin is that these lucky SOBs “are not getting pushed off a plan. It’s that people will choose not to buy something that they don’t like or want.” Yes! True! Sort of like if you’re trapped in a burning building, you can “choose” not to die of smoke inhalation by jumping out a window to your death.

A.) McConnell! Fuck that guy.

B.) Ryan! Fuck that guy and the Ayn Rand he rode in on!

C.) They’re equally terrible, why are you making me choose?

The celebratory vibes of Chicago’s Dyke March on Saturday turned sour when three people who attended the march carrying a rainbow flag bearing a Star of David were forced to leave the march because some attendees interpreted the flag as being in tacit approval of Israeli State violence against Palestine. Eleanor Shoshany Anderson told the blog Chicagoist that she was approached and told that her flag “‘looks too much like an Israeli flag, it’s triggering people, and it’s making them feel unsafe’…. I tried to explain, this isn’t an Israeli flag. Some people have said I was spouting pro-apartheid rhetoric. But the only time I even said the word Israel was when I said, ‘This is not an Israeli flag.’” After bad press began to build, Dyke March organizers put out a statement that painted the women as Zionist rabblerousers and agents of pinkwashing, and the Jewish Star as incontrovertible evidence of support for Israeli state violence.

Elsewhere, this week the Supreme Court voted on an Arkansas case of LGBTQ discrimination, upholding 2015’s landmark Obergefell v. Hodges decision ruling that grants same-sex couple all rights relating to marriage—including the right to have both parents listed on a child’s birth certificate. Recently minted justice Neil Gorsuch kicked off what will likely be a long tenure of Supreme fuckery by writing a dissenting opinion that was, to use a legal term, full of shit. The Arkansas case, Pavan v. Smith, involved a same-sex couple who filed a request for a birth certificate bearing both mothers’ names but received one bearing only the birth mother’s name. Gorsuch’s dissent not only managed to get the central fact of the case wrong, but also argued that the state has “rational reasons” to exclude same-sex couples from this marker of marriage equality.

C.) They’re equally terrible! Seriously, why can’t I pick both?

We’re not going to need clocks by the time this presidency is over because you can set your watch by 45’s constant and desperate need for affirmation. On Tuesday, Washington Post reporter David Fahrenthold brought us the amazing tidbit that at least seven Trump-branded golf clubs feature a prominently placed, extremely fake Time magazine cover, dated March 9, 2009, bearing Trump’s photo among effusive coverlines like “TRUMP IS HITTING ON ALL FRONTS . . . EVEN TV!” But it gets even better: In an early-morning tweet on Wednesday, 45 all-capsed an accusation that “the #AmazonWashingtonPost, sometimes referred to as the guardian of Amazon not paying internet taxes (which they should) is FAKE NEWS!” Maybe a doctor can answer: Has anyone ever died of chronic projection?

In other news, 45 spent some time Tuesday afternoon calling up Ireland’s new Prime Minister, Leo Varadkar, to congratulate him, but couldn’t get through even a short conversation without some light sexual harassment. At one point, he told Varadkar that “a lot of your Irish press” was in the office witnessing the call, and then paused to point to Caitriona Perry, the U.S. bureau chief of RTÉ News, ordering her to “come here, come here.” “She has a nice smile on her face so I bet she treats you well,” smarmed 45; he then proceeded to call all the male reporters to his desk to compliment their smiles as well. JK! Of course he didn’t, because only female bureau chiefs need to be decorative!

C.) Aren’t they pretty much inextricable in this case?

Serena Williams: Can she just live? Apparently not this week. John McEnroe, retired champion and storied “bad boy” of tennis (in the 1980s you weren’t allowed to just come out and call them assholes), has a new memoir out, and has perhaps unsurprisingly chosen to promote it by taking shots at Williams. Though his live commentary on championship matches has always given Williams her due—he noted at her 2012 U.S. Open win that she’s “the greatest player to ever play the game,” McEnroe this week said in an NPR interview that if “she played the men’s circuit she’d be like 700 in the world.” Williams herself has always acknowledged that men’s and women’s tennis is too different to fairly compare, so what the hell, man? Worse, when Stephen Colbert gave McEnroe the chance to extricate himself gracefully, he doubled down instead, saying, among other things, “Well, she’s pregnant, so maybe I should play her now, I’d have a better chance.” Guy, did you forget that she’s the athlete who won the Australian Open while 8 weeks pregnant and you’re the one who’s arguably most famous for yelling at/threatening referees?

And then there’s Washington Post fashion critic Robin Givhan, who has some gripes about the fresh-onto-the-stands cover of Vanity Fair that features a naked, pregnant, supernaturally glowing Williams. In case you maybe thought the title—“Let Serena Williams’s naked pregnancy photo shoot be the last of its kind”—heralded a piece about a rising trend of non-demonized representations of Black motherhood in mass media, sorry to disappoint: Givhan (herself a black woman) just wants to tsk-tsk about the “voyeurism” of the Vanity Fair cover. Though she points out that nude pregnancy shoots have been a reliable subset of celebrity coverage since Demi Moore’s famous 1991 VF cover, she’s chosen to build a critique on the one showcasing a woman whose body has been denigrated, exotified, misgendered, and othered for her entire career.

A.) Shut up, McEnroe

B.) Shut up, Robin Givhan

C.) Look, Serena’s still the GOAT and she knows it

Note: For reasons too long/annoying to get into, we were not able to make this faceoff a functional poll, and we are very sorry. But feel free to weigh in—or propose your own fave fuckery of the week—on Bitch’s Facebook and Twitter feeds!

American Apparel and Target you have earned our Douchebag Decree for trying to coporatize LGBTQ Pride although you...