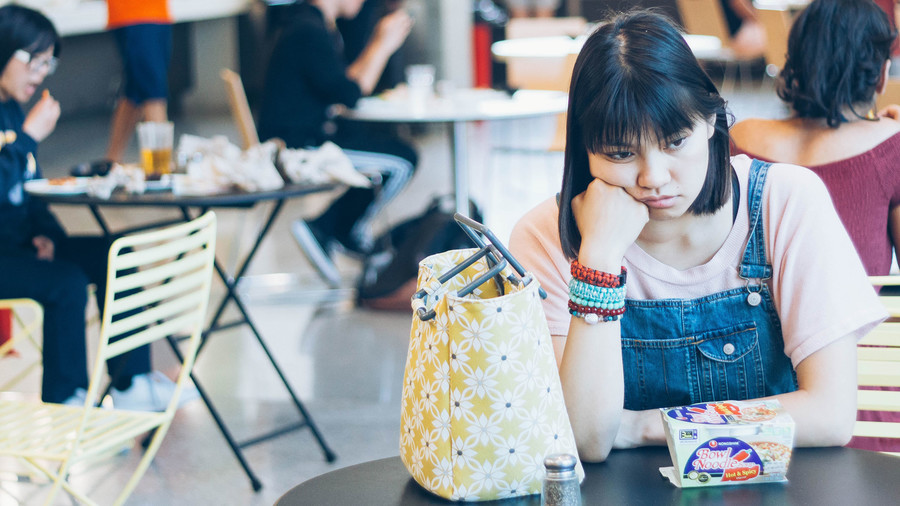 As our culture has begun shifting toward an increasingly body-positive landscape, companies and brands have also pivoted, targeting a new demographic who are struggling with disordered eating and body dysmorphia: children. Last week, WW, the weight-loss company formerly known as Weight Watchers, launched Kurbo, a new app aimed specifically at children. In the face of backlash from parents, eating-disorder survivors, and the general public, WW was quick to defend the app, saying on its website that the app is intended to “help kids and teens ages 8 to 17 reach a healthier weight” and citing increasing obesity rates among youth. Despite their aggressive attempts to convince people the app’s sole purpose isn’t weight loss, Kurbo is clearly a means of increasing profit at the expense of children’s body image, health, and self-esteem.

At least 30 million people in America have eating disorders. Children and teens are among the groups most vulnerable to developing eating disorders due to a number of co-occurring risk factors. As they face rapid transitions such as hitting puberty, advancing in school, exploring sexuality, and taking on greater responsibilities, eating disorders can become coping mechanisms. This age group is also bombarded with media messages about ideal body types and beauty standards; almost daily, they’re told that being thinner will bring them friends, popularity, wealth, and more. The celebrities and social-media influencers they look up to all have thin, white bodies, and the people promoting their favorite products and modeling for their favorite clothing brands are rarely above a certain size. Even more insidiously, as social-media advances, younger people have more detailed resources on how to engage in disordered eating.

“Pro-anorexia” and “pro-bulimia”, known as “pro-ana” and “pro-mia” respectively, are communities that have long existed online to offer tips, tricks, and “thinspiration” to those who have eating disorders and those who want to. Young people can explore these virtual communities, find “friends” who have a shared dangerous interest, and share methods of concealing their eating behaviors from family and other concerned parties. Meanwhile, fear-mongering over the “obesity epidemic” has been used to persuade parents and doctors to participate in fatphobic rhetoric and actions—equating weight with health and promoting extremely restrictive diets—to curb the supposed health consequences of being overweight. Parents often end up teaching children to stigmatize food, associate it with shame and failure, and treat it as a dangerous vice to be controlled rather than providing their kids with a holistic and diverse set of food options.

How many of us have followed along as our parents went carb-free or did some other kind of diet? How many of us have watched our parents overexercise at the gym? I can remember overusing the scale my mother bought to track her own weight, absorbing her negative body image. As children gain access to technology at younger and younger ages, apps like Kurbo can turn weight loss into an omnipresent obsession. Some of the app’s features such as sorting food into green (approved to eat at anytime), yellow (foods you need to “watch your portions” for), and red categories (foods you’ll need to “stop and think how to budget in”), tracking exercise, and recording meals all promote a fixation around food and weight that can be disorder-like. Not to mention that children can access Kurbo anywhere by logging into their accounts from the phones of their friends and family members.

Defenders of Kurbo—including some pediatricians—continue to suggest that the app is about helping kids stay healthy, not lose weight, but it’s easy to forget how conflated the terms “size” and “health” can become for children, especially in clinical settings. In my own experience, doctor visits at which I was labeled “overweight” and, later, “obese” propelled my eating disorder. My pediatrician encouraged me to be “healthier,” but “healthier” was relayed to me as losing weight and meticulously monitoring what I ate. Though I wasn’t having any health problems, the doctor’s pronouncements whipped my parents into a panic: Suddenly, certain foods became off-limits because they were “bad.” My parents began practicing restrictive diets of their own, such as cutting out sugar, carbs, and fats, to encourage me to eat “better.”

Their actions may have been well-intentioned, but the effects were catastrophic: Taking in all these warped messages around food and body made me develop severe anxiety about gaining weight and wonder what that meant about my worth. Apps like Kurbo only make the transformation from healthy eating to disordered eating to eating disorder more efficient. The emergence and popularization of diet products and apps like Kurbo is triggering for me and other eating disorder survivors because these apps, pills, teas, and other products were tools we’ve either used or considered buying to further our own disorders. Specifically, for Black women and women of color, these weight-loss products uncover a specific pain, as weight-loss companies exploit power structures such as racism and misogyny to convince different intersections of people to buy their products.

Apps like Kurbo only make the transformation from healthy eating to disordered eating to eating disorder more efficient.

More specifically, the ways in which dieting products are advertised promote white body and beauty standards. The models and influencers paid to promote Flat Tummy Appetite-Suppressant Lollipops and similar products aren’t fat, Black femmes with various body types and abilities. They’re skinny, white, or light-skinned women, usually with long hair and European features. While telling us that our bodies aren’t acceptable by society standards, weight-loss companies present us with reminders of whose bodies are. But beyond the negative consequences to self-esteem, these products can, ironically, damage our physical health.

WW is not the first company to be flippant about the health of its consumers. Makers of detox teas that promise “rapid weight loss” and are famously promoted by the likes of the Kardashians and Bristol Palin contain ingredients active in laxatives; the “flattening stomach” affect the teas have are synonymous with what people who abuse laxatives experience. Diet pills, whose distribution is completely unmonitored by the Food and Drug Administration, have been reported to have dangerous side effects, such as heart palpitations and gastrointestinal problems. Testimonies from people whose health has suffered because of these products continue to surface, yet they remain on the market. With children as the latest demographic to be targeted by diet companies, it’s only a matter of time until dieting and eating disorders become an even more normalized part of childhood.

Regardless of how long those of us with eating disorders we are in recovery, there’s always a certain confusion about seeing our disordered behaviors made aspirational by these companies. We begin to wonder why we can’t hold onto some “good” aspects of our disorder, especially when thinner bodies are still celebrated and treated as “standard.” What makes our disordered eating worse than the kind everyone else seems to be engaging in? And, of course, that’s the point: Our relapses result in more laxative teas sold, more Nutrisystem plans purchased. Capitalism doesn’t care about our long-term struggles with eating disorders—only how to exploit our pain.

It’s infuriating to see companies use the vulnerability of children to increase their profit margins, especially under the guise of the debunked “war on obesity.” As eating disorders continue to be among the deadliest of mental illnesses, companies take no responsibility for the potentially fatal impacts they tacitly condone. Those of us who have navigated life (and the possibility of death) with eating disorders are not a marketing group for companies to test new products. Besides instilling messages of self-love and providing accurate nutritional information to children, understanding how companies use our fatphobia and the growing pains of childhood for monetary gain can put an end to a cycle of investing in deadly dieting tools.