7 Other Dudes Whose Behavior is an Open Secret | Bitch Media

Douchebag DecreeHollywood is Full of Creeps 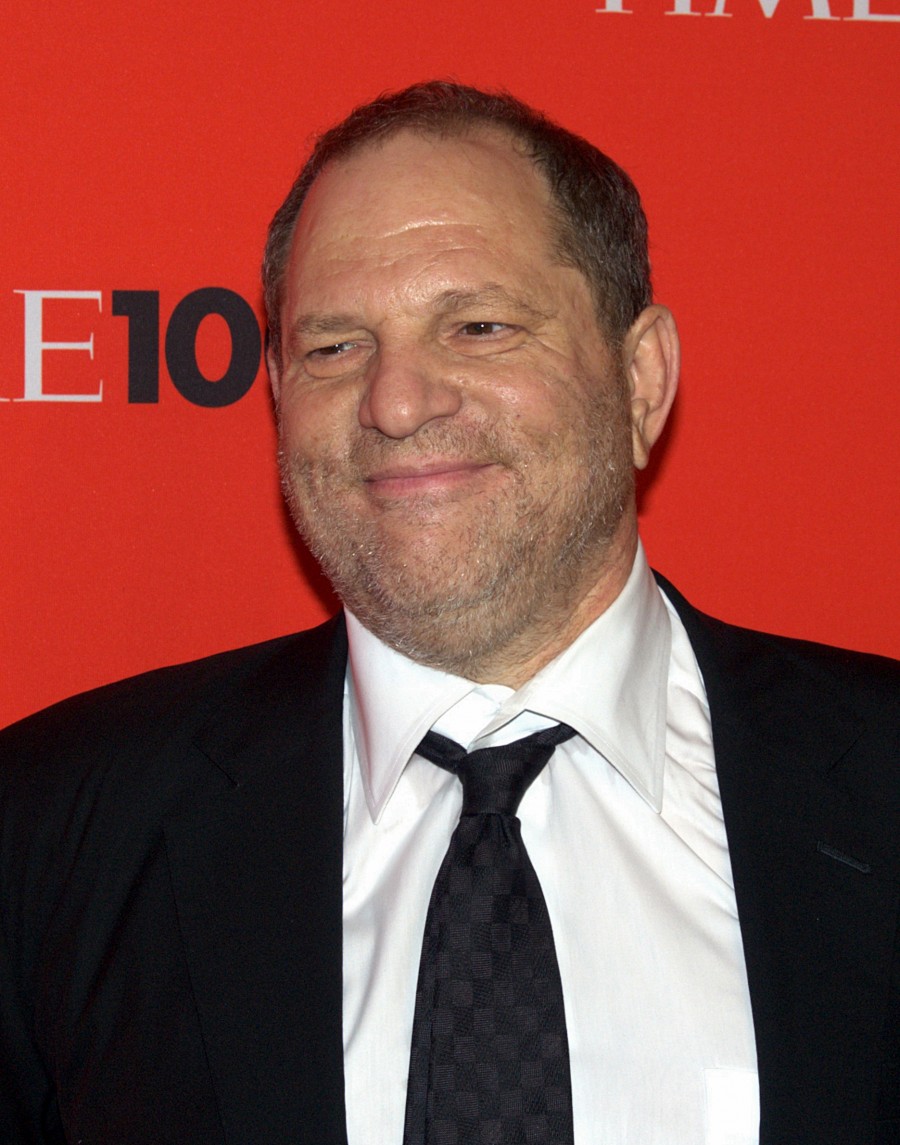 The New York Times uncovered a pattern of Weinstein sexually harassing employees and actresses at luxury hotels, including Ashley Judd and Rose McGowan, and reported that he’s reached at least eight settlements with women he’s harassed.

Weinstein has already released a statement announcing a leave of absence and bizarrely bringing Jay Z into it. 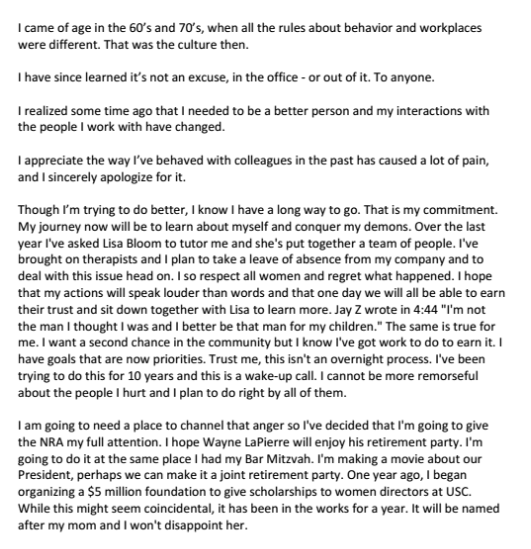 But Weinstein isn’t the only powerful man in Hollywood whose patterns of predatory sexual behavior have been an open secret for years. They’re all over the place and Hollywood’s silence and willingness to tolerate heinous behavior from powerful men empowers them to keep finding victims. This week’s Douchebag Decree goes to all who enable predatory men in Hollywood, with a reminder of what some of them have actually done.

“In 2014, Mr. Weinstein invited Emily Nestor, who had worked just one day as a temporary employee, to the same hotel and made another offer: If she accepted his sexual advances, he would boost her career.” —Jodi Kantor and Megan Twohey, Decades of Sexual Harassment Accusations Against Harvey Weinstein

Movies he has tainted: Carol, Silver Linings Playbook, The King’s Speech, Ella Enchanted, The Lord of the Rings trilogy, Chocolat, Shakespeare in Love, Good Will Hunting (and lots more)

“During the middle of the night, Plaintiff awoke to find Affleck lying in the bed next to her. Unbeknownst to Plaintiff, Affleck had entered her bedroom while she was asleep and crawled into the bed. When she woke up, Affleck was curled up next to her in the bed wearing only his underwear and a t-shirt. He had his arm around her, was caressing her back, his face was within inches of hers and his breath reeked of alcohol. Plaintiff was shocked and repulsed because she did not know where he had touched her while she was sleeping or how long he had been there before she woke up.” —Gorka v. Affleck (2010)

Movies he has tainted: Manchester by the Sea, Ocean’s Eleven, American Pie 2, and Good Will Hunting (with Weinstein)

“When I was seven years old, Woody Allen took me by the hand and led me into a dim, closet-like attic on the second floor of our house. He told me to lay on my stomach and play with my brother’s electric train set. Then he sexually assaulted me. He talked to me while he did it, whispering that I was a good girl, that this was our secret, promising that we’d go to Paris and I’d be a star in his movies.” —An Open Letter from Dylan Farrow

Movies he has tainted: Annie Hall (and every movie he’s ever made)

“At one point you suggested we should all go to Las Vegas together. ‘It’s such a great place, have you ever been?’ You tried to make it sound innocent. This is something predatory men like to do, I’ve noticed. Make it sound innocent. Just a dollop of insinuation. Just a hair of persuasion. Just a pinch of suggestion. ‘It will be so much fun, I promise you. Nothing has to happen, we will just have a good time together.’ I told you my age, kindly and with no judgment or aggression. I told you my age because I thought you would be immediately horrified and take back your offer. You laughed and said, ‘Even better. We’ll have so much fun, I promise.’” —An Open Letter from Amber Tamblyn

Movies he has tainted: The Virgin Suicides, Videodrome

“The sequence of the butter is an idea that I had with Marlon in the morning before shooting it. But in a way, I’ve been horrible to Maria because I didn’t tell her what was going on. Because I wanted her reaction as a girl, not as an actress. I wanted her to react when she felt humiliated. And I think that she hated me and also Marlon because we didn’t tell her.” —Bernardo Bertolucci

Movies he has tainted: Last Tango in Paris

“So I took the pill and washed it down with some red wine. And then he reached across and put another pill in my mouth and gave her one. Just after I took the second pill, my face was, like, face-in-plate syndrome, and I just said, ‘I wanna go home.’ He said he would drive us home. We went up this elevator. I sat down, and lay my head back, just fighting nausea. I looked around and he was sitting next to my roommate on the love seat with this very predatory look on his face. She was completely unconscious. I could hear the words in my head, but I couldn’t form words with my mouth, because I was so drugged out. He got up and came over, and he sat down and unzipped his fly. He had me give him oral sex, and then he stood me up, turned me over, did me doggy style, and walked out. Just as he got to the door, I said, ‘How do we get out of here, how do we get home?’ And he said, ‘Call a cab.’” —Victoria Valentino, ‘I’m No Longer Afraid’: 35 Women Tell Their Stories About Being Assaulted by Bill Cosby, and the Culture That Wouldn’t Listen

Movies he has tainted: every screen he’s appeared on

“I did try and fuck her. She was married. I moved on her like a bitch, but I couldn’t get there. And she was married. Then all of a sudden I see her, she’s now got the big phony tits and everything. She’s totally changed her look. I’ve gotta use some Tic Tacs, just in case I start kissing her. You know I’m automatically attracted to beautiful—I just start kissing them. It’s like a magnet. Just kiss. I don’t even wait. And when you’re a star they let you do it. You can do anything… Grab them by the pussy. You can do anything.” —Donald Trump