Welcome to 2016, When You Can't Afford to Ignore Women in Comics | Bitch Media

Welcome to 2016, When You Can't Afford to Ignore Women in Comics

Persepolis author Marjane Satrapi was one of two female artists initially added to a list of Angoulême award nominees after outcry.

If you’re not a cartoonist, chances are you haven’t heard of Angoulême. Heck, not even all cartoonists in the U.S. are familiar with it. But internationally, the Angoulême International Comics Festival, held annually in the French town of the same name, is considered the world’s most renowned celebration of comics. Its most prestigious award, the Grand Prix, is a lifetime achievement award presented to one cartoonist each year for exceptional contributions to comics art.

In the 42 years of the award, only one woman has ever won the Grand Prix: French artist and editor Florence Cestac. When this year’s shortlist of 30 nominees was released this week, it didn’t include a single woman.

In the comics industry, women struggling for recognition is barely a story. Sexism in the comics industry—from gender-imbalance at publishing houses to representation of female characters to discrimination against women in comic book shops—is well-known. But what’s remarkable is what happened after the nominees were announced.

Shortly after the Angoulême festival organizers released the list, a group called Women in Comics Collective Against Sexism (or BD Égalité—BD stands for bandes dessinées, the French term for comics) called for a boycott of the award. Almost immediately, one of the nominees, French-Syrian cartoonist Riad Sattouf, withdrew from consideration. He was quickly followed by Ghost World creator Daniel Clowes, French cartooning superstar Joann Sfar, American comic book writer Brian Michael Bendis, and more. Within 24 hours of Angoulême’s announcement, over one-third of the Grand Prix nominees had dropped out. “I support the boycott of Angoulême and am withdrawing my name from any consideration for what is now a totally meaningless ‘honor.’ What a ridiculous, embarrassing debacle,” wrote Clowes on his publisher Fantagraphic’s site.

Only a few years ago, a response like this from high-profile men in the comics industry would have been unimaginable. In the U.S. and Europe, the habit of overlooking women for comics awards and publication deals was long-accepted with a shrug: Comic books were primarily a “guy thing.” In 1999, when The Comics Journal listed its top 100 comics of the 20th century, only five women—four artists and one editor—were included. In 2005, when the Hammer Museum and The Museum of Contemporary Art in Los Angeles put together a “Masters of American Comics” exhibition, the fifteen artists selected as the greatest cartoonists in American history were all men. It bears repeating—over and over and over—that women have been making comics since the commercial genre began. From Rose O’Neill to Jackie Ormes, Trina Robbins, Aline Kominsky-Crumb, Lynda Barry, and Marjane Satrapi (just to name a few), there are plenty of “master” female 20th century comics artists. As critic Tom Spurgeon put it on his blog The Comics Reporter, “The list-makers failed history, not the other way around.”

Angoulême scrambled to respond to their lifetime achievement award nominees dropping out of the running. Initially, the CEO of the Angoulême Festival, defended the lack of female nominees to French newspaper Le Monde, saying, “Unfortunately there are few women in the history of comics. If you go to the Louvre, you will also find very few female artists.” Then, the festival announced that it would be adding artists Marjane Satrapi and Posy Simmonds to the list. Finally, yesterday, the festival scrapped that idea altogether and announced that there would be no list of nominees for the award: Members of the academy can now vote for whomever they want.

Slowly, it seems like the culture of comics is changing for the better. The pushback to the Angoulême announcement shows that comics industry establishments are now part of a new era in which it won’t be so easy to overlook and exclude women. Female creators dominated the major U.S. comics awards, with artists like Jill Thompson (Beasts of Burden), Fiona Staples (Saga), Mariko and Jillian Tamaki (This One Summer), Cece Bell (El Deafo), Emily Carroll (Through the Woods), and the all-women team behind Lumberjanes taking top awards and making major sales. At the Ignatz Awards, the biggest award for indie comics, women won every category. The New York Times bestseller list for comics throughout 2015 was dominated by Raina Telgemeier and other female YA graphic novelists. As of this writing, all six of Telgemeier’s graphic novels are on the NYT list. Comics centering on female characters “dominated” digital sales last year, lead by popular titles like Ms. Marvel and a Thor series that features a female god of thunder. 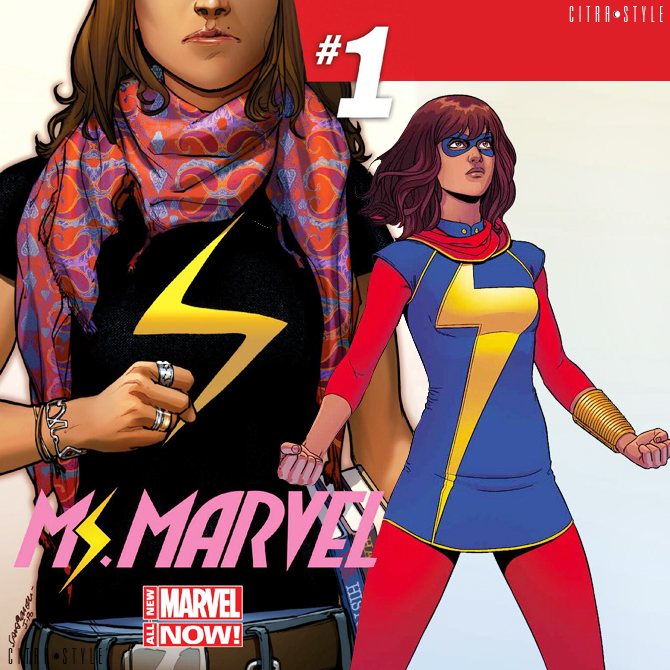 The new Ms. Marvel series was one of Marvel's best-selling titles last year.

Although the comics world has more than its share of misogyny, for the most part, this sudden flood of recognition has been welcomed by pros and fans alike.  It’s a sign of progress in an industry where, all too often, female and minority voices have gone unheard, discrimination has been quietly accepted, and excuses have been made for sexual harassment and assault.

It’s significant that, this week, some of the most established people in the comics industry wasted no time in calling out sexism. Many of the pros pointed out that snubbing women isn’t just discriminatory, but clueless. Angoulême looks behind the times, ignorant of how poorly its choices represent the modern comics world.

BD Égalité deserves huge credit for sparking this swift, decisive boycott. But beyond that, the response generated is a testament to the women in the comics industry who have worked hard, fought tirelessly for attention, and produced such spectacular art that, finally, no one but a small group of Frenchmen could deny their greatness. 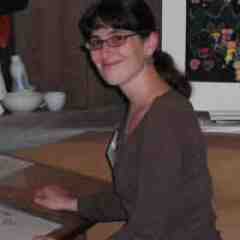 Shaenon K. Garrity is an award-winning cartoonist best known for the webcomics Narbonic and Skin Horse.