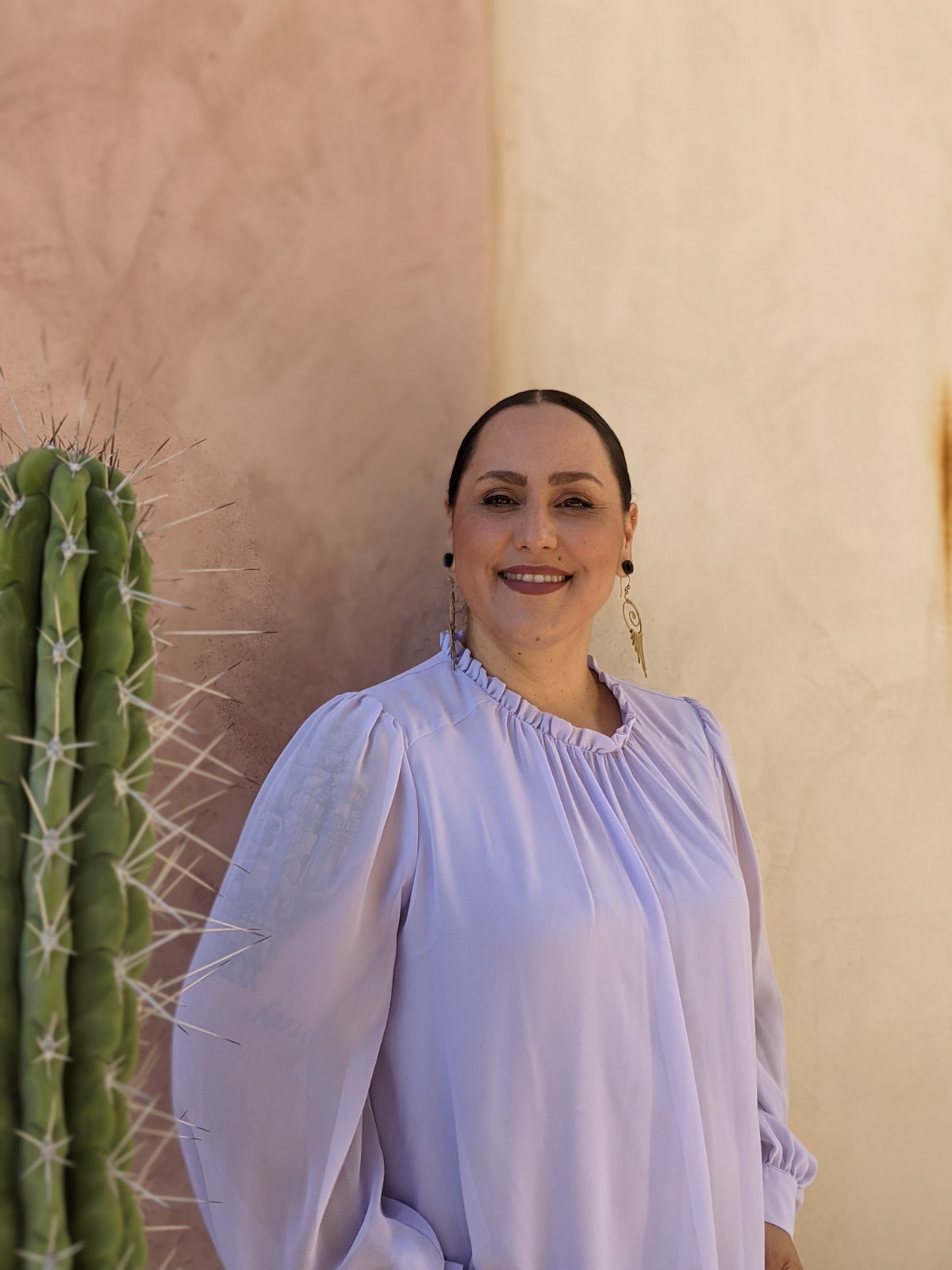 After a months-long search, Bitch Media is delighted to announce that Marisol Flores-Aguirre has joined the team as our new CEO!

Marisol Flores-Aguirre, MBA, is an experienced mission driven executive with a talent for driving innovation, community building and problem solving. She has been a small business owner, lecturer and mentor in residence at the McGuire Center of Entrepreneurship at the University of Arizona, and newly named Chief Executive Officer of Bitch Media.

In 2019 she held the role of  Legislative Director for Ward 1 Council Member Regina Romero, in which she advanced policy initiatives, and worked directly with constituents in the areas of  immigration, transportation and arts & culture among others. She worked  in small business economic development, specifically supporting minoritized communities in the ward. Marisol is most proud of spearheading the El Rio Neighborhood Center arts restoration project that protected the historic 1970’s murals by famed artist David Tineo. Flores-Aguirre went on to be a lead consultant to the City of Tucson in strategy and outreach to support Latinx small business owners during the peak of the covid-19 crisis. She developed a comprehensive strategy and targeted resources to support Spanish language dominant entrepreneurs that was critical at that time.

In 2018 Flores-Aguirre was named Executive Director of YWCA’s Microbusiness Advancement Center (MAC). She was promoted to this position after just a year and a half as Director of YWCA’s Women’s Business Center where, under her leadership, the YWCA Southern Arizona was awarded  an Innovation & Excellence Award from the United States Small Business Association for its work with women, minority and immigrant entrepreneurs.  Lastly, she credits her training and dedication to community from having worked for over ten years  for REA Media Group, a family-owned company that is a leader in cross-border marketing and business development.

Marisol is a lifelong community activist, fighting for immigrant rights and just border policy and is passionate about being of service. She has sat on numerous boards over the years, most recently as the newest member of the Tucson Urban League and the Day Laborers Center Board of Directors.

Ms. Flores-Aguirre is the only young leader to have received the 40 under 40 leadership award in Phoenix (2011) and Tucson Arizona ( 2016); she received the Partnership Award from the Francis McClelland Institute in 2017 . She holds an Executive MBA from the Karl Eller College of Management at the University of Arizona and is an M.A. candidate in Human Rights Practice class of 2022 also from the University of Arizona. She is an Indigenous Chicana raised and nurtured in Tucson, Arizona- the traditional homelands of the Tohono O’odham, Yoeme and Tlamanalcah people. She and her partner have two incredible children that teach her humility, patience and remind her to laugh often.

A message from Marisol:

Hello from the Sonoran Desert of Tucson, Arizona, traditional homelands and territories of the Tohono O’odham and Yoeme people.

I am so excited to introduce myself as the new CEO of Bitch Media, an organization that has been at the forefront of feminist pop culture critique and a pivotal force in amplifying the stories and experiences of women, femme, queer, BIPOC, and minoritized communities. Throughout its 25 year history, Bitch has been a place of bold, brave, and honest analysis and commentary, which in many ways is more critical than ever.

This past year and a half has been extraordinarily difficult for all of us. For many, the trauma is layered under systemic racism, inequitable access to basic resources—health care, stable housing, financial support, employment, and childcare (to name a few). The most recent attack on people’s right to safe abortions and reproductive decision-making is just one of the policies enacted from an old, repressive playbook. These realities have made daily life and navigating the pandemic even more difficult. It has also made our work even more important.

For nearly three decades Bitch has been challenging narratives and policy, and building community with an intersectional feminist framework. From our award-winning magazine, to our emerging writer’s fellowship, we are transforming what it means to be an independent feminist media company and our roles within a larger social justice movement.

In my first few weeks at Bitch I have been so inspired by the incredible team—their talent, commitment and vision for a future where we do more than just survive….we flourish. In the coming months we will be building a strategy and action plan that will amplify the impact of our work and set a direction for the next iteration of the organization.

I look forward to building that vision together, and being in solidarity with ya’ll as we move toward a future that is just, equitable, and fiercely feminist.