Picture Perfect#Homes is the Whitest, Most Bizarre Community on Instagram 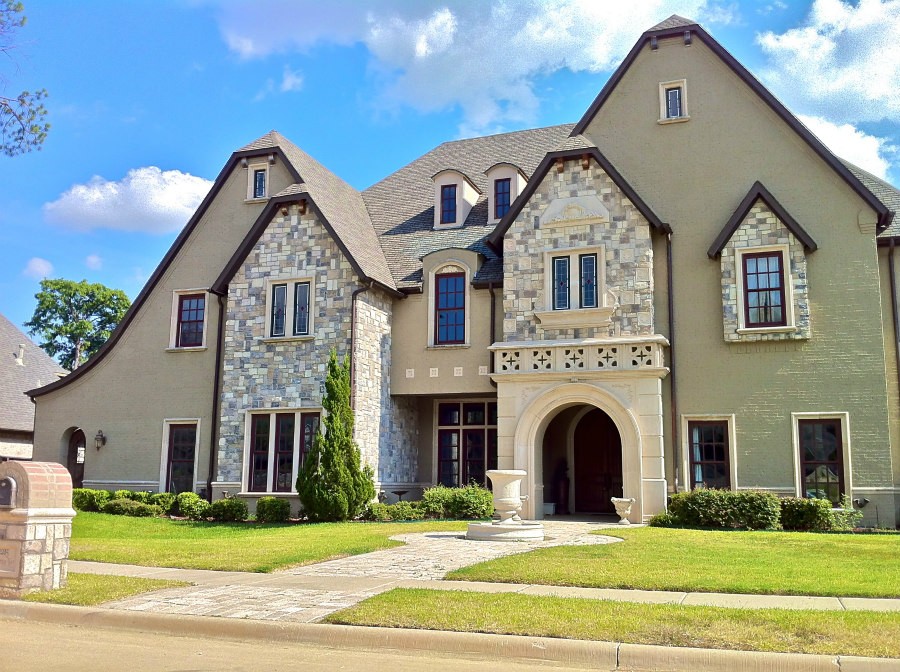 In a certain section of the digital world, women are perfect. Their smiles are bright, hair is smooth, makeup is flawless. No matter what their current dress size is, they are always trying to lose weight. Their children are delightful. Their husband is adoring and adored. Their household furniture is exclusive and expensive, the artwork tastefully chosen, the flowers bright pops of color against whitewashed walls. The entire presentation—the women, the children, and the home—is superficially magnificent.

It might sound like the Stepford Wives or a 1950s Good Housekeeping spread, but this is no retro portrayal of airbrushed women’s lives: It’s the thriving community of Instagram #homes. When my husband and I began renovating our dilapidated 1920s bungalow, I did what millennials do—looked online for an outlet for my newfound decor enthusiasm. Instagram offered an online space that—with the right hashtags—only talked about homes and decor. I had long exhausted my friends’ supply of polite nods as I enthused about wall colors and flooring choices, so I was delighted by such a specific and easily-accessible community. The homes were undeniably beautiful, especially when viewed by someone mid-renovation. Combing dust out of my hair had become a regular task while stripping paint was an exciting Friday night activity. #Homes offered a glimpse of light at the end of the renovation tunnel.

Then, a particular post caught my attention: The user wanted a new sofa, but she needed her husband’s permission to purchase it. The idea of asking my husband’s permission for anything is bizarre. Yet, I saw a wave of agreement from other users—sympathy, agreement, and jokes about how their hubbies hold the purse strings and have ultimate decision-making power. The jokes weren’t funny and brought to mind memories of my beloved Nana, who spent a miserable 50 years under the thumb of my grandfather. It was disconcerting, and the first of many times when browsing the hashtag made me feel sucked into a time warp.

That’s when I began noticing “the rules” for Instagram #homes.

Every time I saw a post that conformed to the rules, I was reminded of British prime minister Theresa May saying she and her husband split home tasks into assigned “boy jobs” and “girl jobs.” While her statement was met with a feminist backlash, the women of Instagram #homes would have instantly recognized the split. There are men on Instagram #homes, albeit in a much smaller number. Their accounts are different, though, with photos of half-finished walls and flooring installations. In contrast, the women’s accounts focus on cleaning and decor—boy jobs and girl jobs.

The (Lack of) Diversity Problem 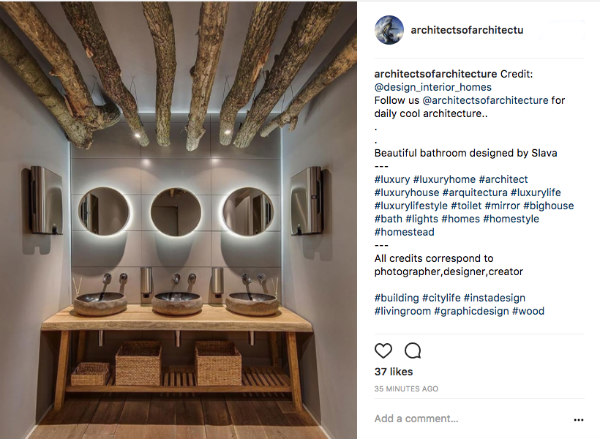 Instagram is supposed to be a female-driven platform since 31 percent of female internet users say they use the app regularly compared to 24 percent of men. It is particularly popular with people of color. Of those who are regular internet users, 47 percent of Black people and 38 percent of Latinx people use Instagram compared to just 21 percent of white people. So if Instagram’s users are so diverse, why are they not represented on #homes—a tag with over 1.2 million photographs? Despite actively looking for accounts by women of color, I found next to nothing. While women of color do use the hashtag on occasion, there’s little evidence they create specialized accounts. This may be due to a lack of interest, but it also could be enforced by circumstance. Reports have consistently found that median wealth for white families can be as high as 13 times that for Black families. With a lower disposable income, it is inevitable that the prices seen as standard on Instagram homes —$200 for a rug, $30,000 for a new kitchen—just aren’t feasible for women of color.

Affluent white women see #homes as their central reason for joining the site. There’s a reason these accounts reminded me of my Nana, who was born in the late 1920s. Glancing through my rules, I realized how much they read like a list of commandments for what she ultimately became: a 1950s housewife.

Users seek to emulate the ideal of women who kept in shape for their man, kept house, and delighted in their children. Instagram #homes women can dream of this past because it can be fetishized as a simpler time; a time that, if we returned to it, would make everything great again. They are the only section of women able to see things this way; for everyone else, the past was bleak. Intriguingly, it’s worth noting that the ideal #homes women subscribe to never really existed. It was an image curated to convince women who had worked through the Second World War to give up their jobs to returning soldiers; even with this demobilization, 28 percent of white women continued to work outside the home. The number rose to 37 percent for Black and Latinx women, further excluding them from the housewife narrative. The creation of the ’50s housewife stereotype is based more in advertising and false nostalgia than anything truly representative of life for women of that time.

Furthermore, their false nostalgia is flourishing in an enclave of Instagram that others seem to have no inclination for. In their echo chamber, there is no one to counter their views or disagree with their supremacy. 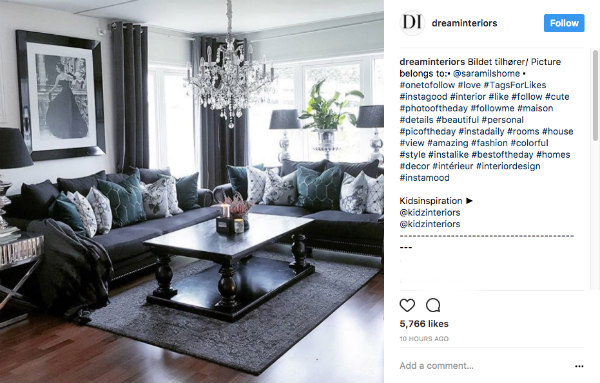 A secondary reason #homes is so regressive is the competitive vein running through it. A number of users told me they find the community “supportive,” but I find this claim disingenuous. Arguments are frequent on #homes—beginning as mild decor-related disagreements and morphing into ad hominem attacks. Alternatively, others told me that they just wanted an easy way to share photos with family and friends. That doesn’t check out. Why participate in “follow trains” and use 20 hashtags per post if you’re not courting a new audience? Dissatisfied with these answers, my mind moved to the question of competition. After all, for women subscribing to the old-fashioned idyll: What better way to triumph over another woman than to out-feminine her?

Their first reward is victory over other women who cannot—or will not—conform to their version of femininity. Their svelte figures, manicured nails, perfectly coiffured hair, and smooth legs are a triumph over the women who have elected to forge their own definition of beauty, outside of society’s narrow paradigm. Their whiteness is a triumph over the stereotypes of unfeminine Black women and hypersexualized Latinx women; they are more womanly by default. Their wealth brings dominion over less-affluent women, who cannot be the exemplary mothers that #homes users style themselves as. Their children are always well dressed and excelling academically. They have stern opinions on breastfeeding and sleep training, which they are not afraid to share, and they judge others for not copying their own choices. Bottle-feeding is akin to child abuse in this world. Given that poorer women are more likely to formula-feed, the affluence of an Instagram #homes woman again gives her an easy victory; she is a better parent, a better woman, by default. These are easy wins, rooted in privilege.

The competition changes when they meet someone they perceive to be an equal. It becomes: Who can perfect their perfection the best? Who can gain the most likes and followers? Who can post the most saccharine “thank you for following me!” messages that are little more than a cute cover for boasting about how popular you are? The irony of this is that studies have concluded that it’s women with low levels of gender identification who are more inclined to compete with other women. It’s reasonable to conclude Instagram #homes users throwback to the most recognizable and publicized “feminine” image—the 1950s housewife—because they lack their own sense of feminine self. They actively delight in housework and decor because they think that’s what women do. Even in the most enlightened societies, such as egalitarian Sweden, the majority of housework still falls on the female partner. Perhaps they gravitate to this gendered housework split to affirm their fragile femininity. It’s a kind of mimicry, a show, with their followers reinforcing the image of themselves they are trying to create. 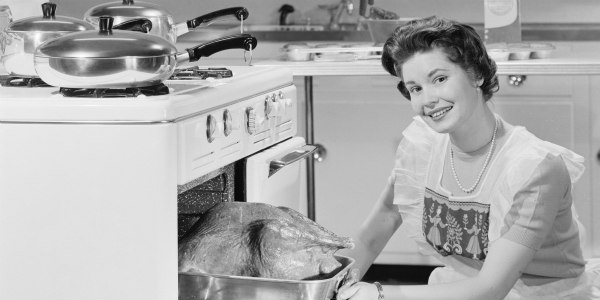 I wonder if #homes is a form of escapism: Look at the beautiful pictures rather than being horrified at the latest “oh shit, what now” notification on your phone. However, reality is allowed access to this world—in certain ways. It’s telling these women will change their avatars and pray for a city in the aftermath of a terrorist attack or disaster, but never mention discrimination or injustice closer to home.

If civil rights or feminism are ever talked of on these accounts, it’s a Taylor Swift brand of feminism that is little more than a celebration of being female—the only version of feminism that is palatable to them, due to the license it offers them to do as they please. They’ll talk of their own power to choose, nod to influential (primarily white) women on International Women’s Day, and post images of Rosie the Riveter.

As with their idea of the 1950s housewife, they once again take the lead from advertisements for their version of reality. They select commodified feminism; the watered-down “empowerment” version that has been used by brands to monetize a political movement. They embrace this cheerful, sanitized, and ultimately mendacious version perhaps because that is all they choose to understand of feminism—a justification for how they want to act anyway.

Feminism and activism have always been dirty fights, wars of protest and rebellion. That kind of feminism has no place in these glittering worlds, and there is no hint that feminism is an ongoing battle. Their version of feminism has achieved its aims. Now they can be perfect housewives, care more about cleaning products than Charlottesville, and they can vote! Job done, let’s celebrate our womanliness. Fighting a daily grind of injustice is very unusual to the mourning white woman, so delicate, so upset by all those poor children killed by monsters or bad weather. So even when these accounts do get political, they pick and choose the politics they note. Going beyond the superficial and celebratory, you see, is not a girl job. 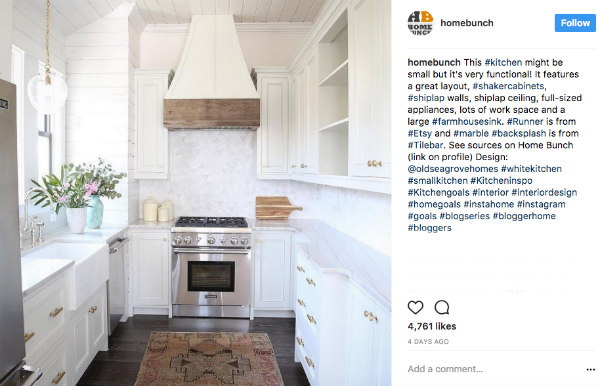 I lasted less than a two months on Instagram #homes. As someone with a chronic illness, my ability to renovate comes sporadically. In lulls between renovations, I found the community so terribly repetitive that there was nothing to consistently hold my attention. Eventually, even when renovating, I didn’t feel the desire to check in—so I stopped doing so. The community is undoubtedly thriving and bustling, and it will not change. This is a world where people profess happiness and satisfaction with the community despite evidence to the contrary.

Sometimes, I judged the women of Instagram #homes because of their lack of focus on the world around them as the doomsday clock creeps ever closer to midnight. At other times, I envied them; not for their carefully curated images, but for their ignorantly blissful abandonment of the world outside of their own home. I see the attraction in such a narrow worldview, even if it’s not one I can subscribe to.

My renovation is still ongoing: There is dust floating through the air every time I move and piles of debris waiting to be sorted through. Even when complete, it’s never going to be an Instagram #home, but then again, I’m never going to be an Instagram #homes woman either. Given how unhappy it made my Nana, I figure that’s probably a good thing—and I think she’d be fiercely relieved I’ve come to that conclusion, too. 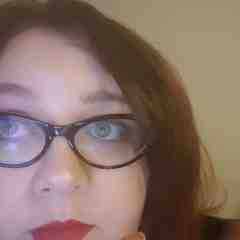 AJ Kelly is a freelance writer from Leicestershire, England.

Did you know we publish an award-winning quarterly? Well, we do! It's definitely time to subscribe.