What 17th Century Witch Burnings Teach Us About Evangelical Extremism 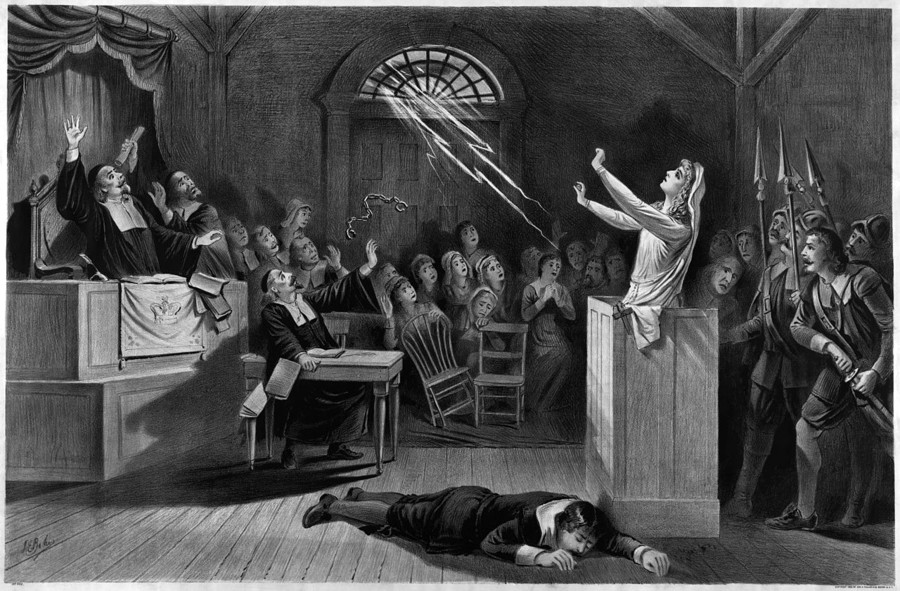 In Europe between 1450 and 1750, approximately 100,000 people—mostly women—were accused of practicing witchcraft. Of those, about half were put to death, often by burning. Outwardly, the justification for these executions was to protect citizens from those who would threaten the natural order. In actual practice, the victims were convenient scapegoats for political regimes struggling to maintain control and relevance in the face of religious uncertainty, influxes of immigrants, and growing discontent among the working class. During James VI’s reign, Scotland accused and executed more people for witchcraft than any other country. As many as 4,000 people were killed, more than twice as many as in the larger and more populous England. Similar to the contemporary persecution by American politicians against those sitting outside of their understanding of a white, heteronormative, Christian worldview, James wielded his Christianity as a weapon against his perceived enemies and as a defense for his own actions.

James—a highly superstitious, paranoid, and misogynistic leader—saw witches as threats to his personal safety. James’s disdain also benefited him politically: widespread mistrust united his divided citizenry against a common enemy. While previous tracts about the dangers of witches had been published, James’s 1597 book Daemonologie affected more change because of the stature of its author. Similar to the way that 21st-century conspiracy theories become more dangerous when retweeted by powerful politicians, accusations and executions increased exponentially following the book’s publication and increased mob violence against suspected witches. As is still the case, those on the margins were the first and easiest to be reimagined as threats to safety, vilified, and blamed for their own victimization. James’s misogyny tainted those targeted, with women comprising 80 to 90 percent of accused witches in Scotland. By contrast, in the rest of Europe, only one in five accused people were women. Of the women accused during his reign, a disproportionate amount were poor, widowed, elderly, or all three.

James claimed that persecuting witches fulfilled his God-given destiny and that immigrants, independent women, and anyone else he deemed insufficiently Christian were threats to Scottish society. With no separation between church and state, James’s victims were tried in the legal system for their alleged supernatural crimes. This blending of religion with policy meant that accusing another person of witchcraft was seen as the patriotic action of a loyal citizen. Everyone, from Catholics to Protestants, agreed that those serving Satan were a common enemy and they were encouraged to report neighbors, relatives, and friends who fell outside of the boundaries drawn by James. After all, if you weren’t turning someone else in, maybe you had something to hide yourself.

James’s version of Christianity was, similar to many modern evangelicals, predicated on the belief of biblical inerrancy—that the words written in the Bible are the absolute truth communicated by God. This is still an ideal defense against those critical of a leader’s actions. James, like today’s biblical literalists, could claim to be merely applying ancient teachings to his current circumstance. Yet, James himself was responsible for the English-language translation King James Bible still in use today. He carefully ensured all references to witchcraft were coded with feminine pronouns, creating an intrinsic connection between the female gender and the crime itself. As he explains in Daemonologie, witches are not born evil but fall victim to satanic temptation. While men occasionally succumb to Satan’s traps, James asserts that the weaker female gender are, by nature, more susceptible to this persuasion.

The notorious command “thou shalt not suffer a witch to live” was not present in the Bible until James prepared his translation. The word witch here stands in for the more complex Hebrew word kashaph, which in context refers to one who uses herbs in a negative manner, such as a poisoner. While James’s translation suggests death is the mandatory punishment for this crime, the original Hebrew phrase can also be translated to indicate penance is all that is required for the kashaph to atone. James used this and other biblical verses translated by his hand to support his personal paranoia and misogyny.

Centuries later, our media landscape continues to be dominated by sexualized images of the female body, reinforcing the cultural norm that anything feminine is sexual and women exist solely for men’s sexual pleasure. In this context, our disproportionately male evangelical political establishment continues to enforce rules meant to control women’s sexual freedom: abortion bans, limiting access to contraception, and promoting abstinence-only sexual education. Women are treated as both temptress and hapless victim—much like those demonized in 17th-century Scotland were portrayed in the popular culture of their time. Stage plays featured demons and witches for titillation and also to enforce an understanding that they were sub-human and therefore deserved mistreatment. These portrayals, along with post-execution tracts published to defame the latest victims, exacerbated fear of “the other” while allowing readers and audience members to feel comfortable in their own humanity—and continue weeding out so-called problematic people in their midst.

The notorious command “thou shalt not suffer a witch to live” was not present in the Bible until James prepared his translation.

Like current egomaniacal political figures, James’s vanity and paranoia made him view the threat of witchcraft personally. Witches were allegedly conspiring with Satan to undermine Christianity itself, but they were also conspiring against James. His belief in his own divine right empowered him to pursue his self-centered agenda with no sensitivity to the effects on others. He provided a model of misogynistic cruelty, tangentially connected to religion to the extent that those he penalized were unable to defend themselves. Our current political climate, also affected by economic anxiety and a decrease in religious obedience, has created a similar environment in which defensive xenophobia and othering are wielded as tactics by politicians eager to unite their base.

James not only worked to force Christian beliefs onto a nascent multicultural country but wielded the threat of witchcraft as a way to terrify citizens into supporting him. This helped to strengthen his own weak government at the expense a population brutalized by decades of terror and suspicion. We see this behavior in today’s political landscape as white male politicians focus on “family values” and reproductive rights rather than on mental health, gun reform, and international policy. Just as in 17th-century Scotland, 21st-century politicians attempt to avoid personal responsibility by citing their ties to Christianity.

It was the descendants of those brought up amid the height of the witch-burning craze who became among the first to colonize settlements like Salem, Massachusetts, continuing the misogynistic and prejudiced witch trials in the United States. Today, both Salem and Scotland have ably finessed their dark history of torture and executions into thriving tourism industries. Learning about this persecution through the lens of a museum or history book makes it seem quaint and easy to dismiss. Yet, witch hunting is still horrifically prevalent in Kenya and Tanzania; human rights are being stripped based on interpretations of religious texts in Brunei; and American politics are ever more influenced by evangelical extremism. Popular spiritual beliefs still tend to align too neatly with the goals of the power hungry, serving as convenient and effective weapons against the powerless.

by Dianca London Potts
Sabrina is a force to be reckoned with.
by Ann Foster
View profile »