What 20 Years of Bitch Has Meant To Me | Bitch Media

What 20 Years of Bitch Has Meant To Me 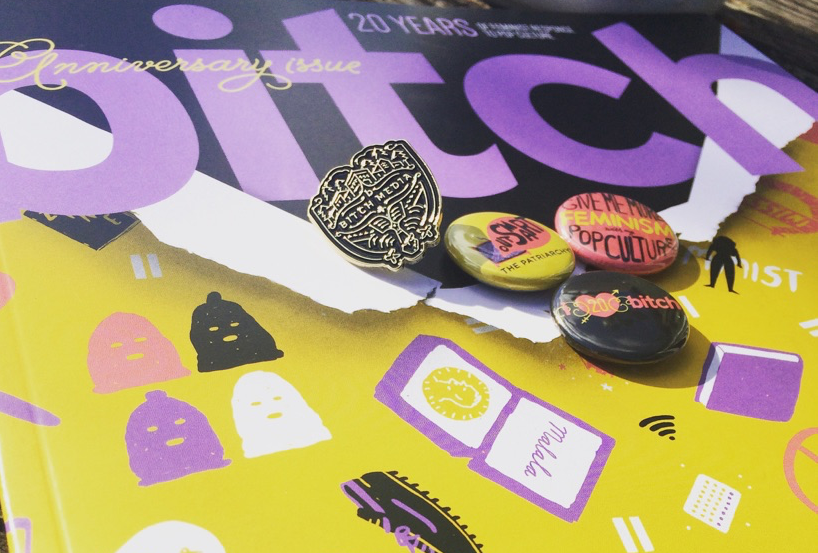 I never thought Bitch would make it to 20. To be honest, I kind of hoped we wouldn't—when your mission is to respond to crappy, insulting representations of gender, race, and more, after all, the goal is to put yourself out of business.

For me, memories of the past 20 years are all connected to Bitch. The first time I heard Guided by Voices, in the San Francisco apartment of our founding art director as we worked into the early morning putting together the first issue. The orange, cat-shredded couch on which we spent hours licking envelopes and stamps for bulk mailing. The donuts we were snacking on when we found out the U.S. Postal Service was refusing to distribute an issue whose back-cover ad for Babeland was classified as obscenity. 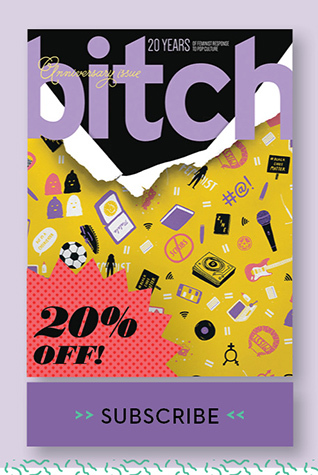 Putting together this 20th-anniversary issue was an opportunity to revisit memories like that. It was a chance to remember the power of a rapidly dwindling independent media, and the pride we've felt in publishing stories—about everything from product placement to science fiction to Christian fundamentalism—that wouldn't be welcomed to mainstream sources until years later. It's a testament to how speaking up and talking back to media and popular culture—or, as we've always thought of it, bitching—can help change, even incrementally, what we once might have accepted as inevitable.

And however we might feel about another 20 years confronting feminism's unfinished business, as well as its new challenges, we feel very lucky to get to do it alongside our readers, contributors, supporters, and friends. After all, if it weren’t for our subscribers, B-Hive members, and donors, we wouldn’t be here to celebrate our first 20 years.

As you probably already know, we’re nearing the end of our first subscription push this year. We’ll need to raise $35,000 by the end of this month. For a nonprofit, independent, reader-supported organization like Bitch, that's no small feat! And right now, we’re only halfway to our goal.

So please take a moment right now to buy your first-ever subscription to Bitch magazine, renew a current or long-lapsed subscription, or send along the gift of Bitch magazine to a friend. All are at a 20 percent discount—which is the largest possible discount we can offer you, and we’re sending along a set of our brand-new and very spiffy buttons with every order! If you decide to become a member of our B-Hive instead, we’ll not only send along a subscription to Bitch magazine in print and digital as well as a button set, you’ll also receive a Bitch Media enamel crest pin!

We're thrilled to still be here, and even more thrilled to be sharing this issue with the people who make our work possible. Today, I’m hoping that includes you.

PS: Here's a glimpse at the button set included with every order! Save 20 percent on a subscription to Bitch and get your set. Or join the B-Hive and get a limited-edition crest pin, too!