What Does it Mean to Decolonize Travel? | Bitch Media 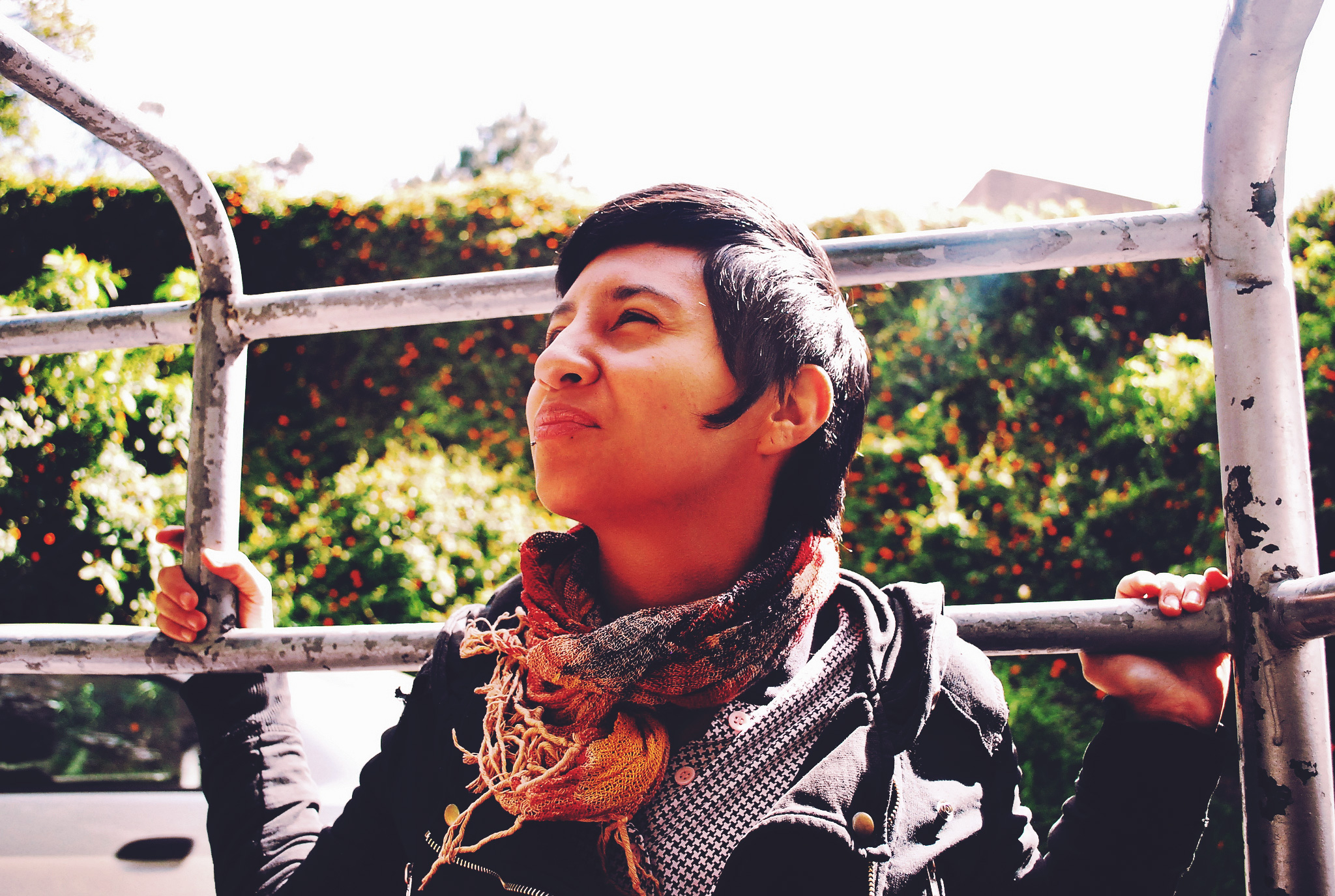 In a world of fast fashion and retail therapy, the fair-trade marketplace can be a feel-good alternative to large chains that are known to exploit labor in developing countries. Fair-trade brands and organizations bill themselves as being dedicated to their workers, most of whom are women of color in the Global South. But these claims are often framed within colonial, white savior narratives that seldom critique the very capitalist systems that oppress these workers. In the Money issue of Bitch, writer Bani Amor takes a critical look at this dynamic in the article “Spend and Save: The Narrative of Fair Trade and White Saviorism.” Amor, who lives in Brooklyn and is of Ecuadorian and Guatemalan heritage, also keeps up an active blog called Everywhere All the Time: Decolonizing Travel Culture.

I talked with Amor about their work in travel writing, why it’s important to examine fair-trade narratives, and how to be a responsible shopper.

Decolonizing travel culture is, for me, a question. It’s like, how do we look critically at the business of tourism and its historical relationship and present relationship to imperialism and colonialism? How does that affect people of color who not only travel, but who depend on the tourism industry as workers and laborers, usually cheap labor and menial labor? What is the relationship between these tourist workers—these communities who often experience sort of an occupation of foreigners, of Westerners, of mostly white people coming into their communities and shifting the local economies, the local culture—and how those communities relate to their culture?

Backpackers and other tourists like to go where it’s cheap for them to travel even though they have the money to travel in other ways. So that shifts how Indigenous people will relate to their cultures and if they have to kind of perform them in order to make a buck. So all of that creates very problematic effects for those people, these communities, and that industry. It relies on that money. It relies on all that oppression to keep going. Travel writing is the story of that industry. It’s the story of tourism, and historically, it’s been the story of conquistadors, colonizers, “explorers” coming into these lands.

A lot of [travel writers] have the power to be a tourist, and that is just not available and accessible for a lot of people—especially people of color, even if we are from the “Western world” or “developed places.” And even for travelers of color in other places, the politics of us moving around the world is more fraught with these other power relations…[we’re not] the “norm” traveler white dude or whatever from the United States. We have totally different experiences traveling. There are different ramifications of us moving around the world. The other side of that is people of color who travel, but we don’t call that travel. There’s migration, there’s refugees, there’s forced migration. All of these things are happening in conjunction with the story that is travel writing that really supports the industry of tourism. So all of that, for me, getting deep into these issues, into the questions, and challenging those power structures is a big part of decolonizing travel culture as well as kind of reclaiming the voice of who is telling the story about these places around the world. 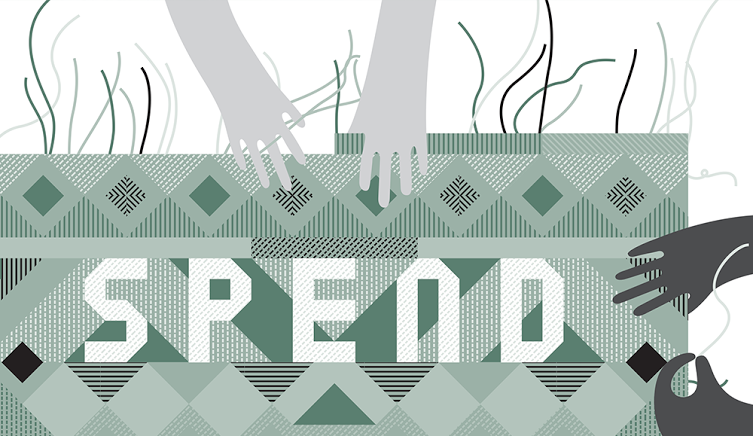 Yeah, I think that’s why I’ve always really appreciated your work, because often when we think about mainstream travel culture, it’s very white-centered. I really appreciate your work because you’re looking at the intersection of race, travel, class, and nationality, and you do it in such a way that I haven’t really read before, that was accessible to me. Can you tell us a little bit about what fair trade is and what that means within the larger consuming marketplace?

Fair trade is generally supposed to be a way to equalize the global economic workforce, equalize it so that people in disadvantaged countries are making a living wage in comparison to people in countries where the wage is a little fairer, higher, obviously. So yeah, it’s just about paying people what they can live off of in the place that they’re in.

What influenced you to tackle this specific topic?

What influenced me was my experiences. I’m Ecuadorian. I’m also Guatemalan. Indigenous culture, history and present, is a big part of my life as a person who is a diasporic, first-generation immigrant. When I see these shops or ads or websites for these fair-trade companies, the story is usually, “We’re gonna sell you these wonderful, culturally important handicrafts made by these collectives,” usually of women of color, in what’s usually the Global South or in Asia. And [the narrative continues:] “They’re gonna make more money, they’re gonna be able to sustain themselves, they’re gonna get more empowerment that women need that they’re not getting otherwise because they live in such an uncivilized and unequal place.”

It’s just like, “Huh?” My ears prick up. I don’t think that that’s true! [Laughs.] Just the gall that is kind of like, “We’re gonna involve ourselves, and we’re gonna help people.” When that’s coming from white people, or white women, who own these companies a lot of the time, I’m hesitant. I wanna know more. So that made me want to research this subject and these companies a lot more as well as the story that they put forth that is just using that savior narrative. It’s just invoking that historical narrative that humanitarians use, NGOs use, governments use. But right now, in this market, it’s a capitalist thing. So using that savior narrative that is used to…defend military intervention and all these other things that…have historically not been helping these communities—doing it in this capitalistic market in the name of female empowerment, it’s really concerning. When I looked into it, I had good reason to think why.

Your piece in Bitch’s Money issue is full of really great quotes, but one that speaks to what you’re talking about now is: “​​​​​​​The presumptuousness of claiming you can ‘​​​​​​​eradicate’ poverty and gender inequality by selling bracelets to yuppies exposes one fallacy of corporate feminism—that leaning in to capitalism can heal the symptoms of the system without actually challenging it,” which is the entire narrative of fair-trade branding. 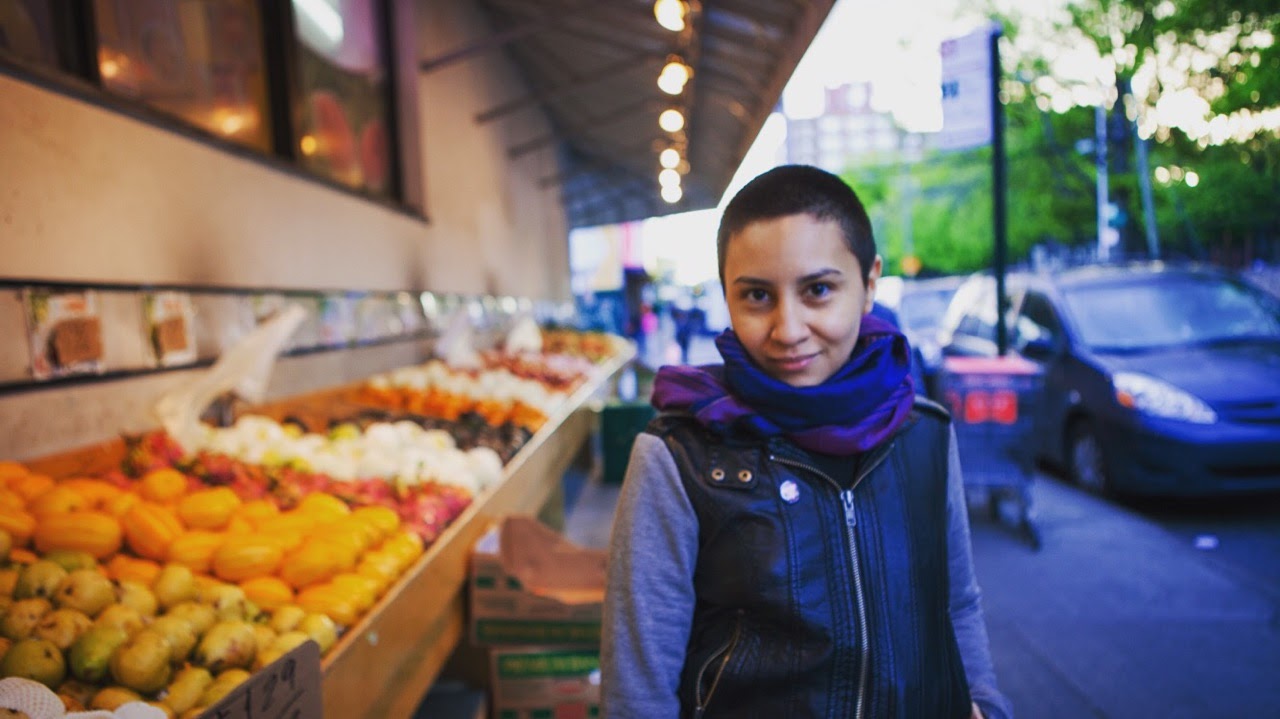 It’​​​​​​​s like, “If you buy this, then these Brown and Black women will have better lives,” but it doesn’t question what it means to live under a capitalist system that harms them, which leads me to another great quote in your piece, where you say, “The central paradox of fair-trade capitalism relies on inequity to keep these shops open.” My mind imploded a little bit there! Because your thesis is that these shops are open because the very machine that drives capitalism, that drives you to go shop at these shops, is what is keeping these people and these situations oppressed.

As well as the mentality. You have to be in the mentality [of], I have something to offer, or, I have a way of thinking that these people don’t. ‘Cause if they did, then they would be able to do it themselves. Or, I’m endowed with some sort of power, but I haven’t…seen [anyone asking], “Why do I have more power than these people?” So just that narrative that it takes to be in that space [where] you go to a shop and [are] like, “Oh, I am gonna help these people.” That’s something historical, that’s something daily that a lot of these women, who not only start these companies but shop from them, they believe in that.

In another really great quote from your piece, you point out that “​​​​​​​the bodies of women of color are hypervisible while remaining invisible—seen but not known.”​​​​​​​ That really helped me visualize what you’​​​​​​​re saying because often, in these types of fair-trade stores, on their websites, it feels like they’​​​​​​​re using women of color as props to sell these products that ostensibly help them. But then, we don’​​​​​​​t know anything about them, usually, beyond just the fact that they’​​​​​​​re a person of color living in a developing country.

Absolutely. A lot of the times, they don’t have means [to add more information]. But there’s a lot of research on it. They’ve done research to see how people react to the images, to the names, how much of the story that they need. Because a big part of a lot of these websites, these companies who have their websites where people can buy these things off of, is just giving a little blurb. And those blurbs of the workers, the artisans, the women, they’re almost all the same; they’re just so identical that you get the idea that they don’t really think of these people as people who have totally different lives and personalities and are facing different kinds of oppression and just different difficulties in their lives. It’s just like this one woman, the Global South worker. And the sexism that she experiences through capitalism, it’s just very sad. It’s meant to be this sappy image that gets white people and their white guilt. It monetizes it, and they capitalize off of that.

So what can people do to support marginalized folks without supporting this system of capitalism [laughs]? I’m like, “​​​​​​​Tell me. How do you make world peace?”​​​​​​​

Absolutely. I mean, it’s huge. The whole thesis that they have to be involved in the system of capitalism in order to free them of the same thing, and how that doesn’t make sense, it’s just one part of it. And it’s very simple. But the thing is that there could be other ways. There are other options and other alternatives. And I think not all these companies are totally shitty, and [some] are trying to be fair to their artisans in how they communicate their stories and their lives and how much they pay them, etc. But in general, just this humanitarian-by-way-of-capitalism work and market, it’s going to be automatically a fail, because you’re setting up the people that you’re trying to help without [inaudible]. They’re not that empowered. It’s like something we’re going to give to them, not something they’re going to claim for themselves. So for me, the answer is always activism.

How can we support women in their local struggles in these different parts of the world? And how do we—as people diasporic or however, white people in the Western world, or the “First World”—how can we support that and not omit the political ramifications of our presence in these places and how we involve ourselves in their local economies? How can we support them economically without intervening? That’s always going to be an issue at this time in the world, where so much damage has been done. So if you wanna get some crafts made by these women and actually support them, you have to do a little bit of digging and find something that you think seems trustworthy, that treats the women with dignity, and it’s not just some white women making a few bucks off of it. It should be supporting their local struggles.

Relevant: The Fragility of the Western Traveler 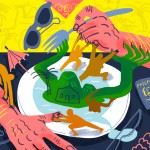 by Bani Amor
Before you pack your bags, unpack your colonial privilege.