What Just Happened?Christine Blasey Ford Is a Goddamn American Hero 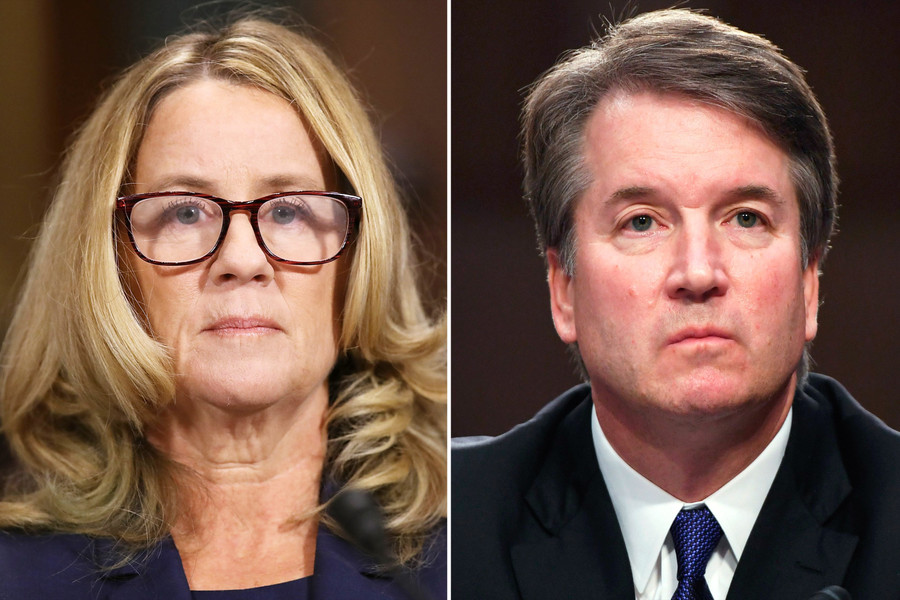 Are we all okay? Is everybody hydrated and reminding each other to unclench our teeth, lower our shoulders, and keep our pets close? Because this has been a long two weeks pocked with near-constant reminders of trauma and humiliation, and ample evidence that many of our political leaders have learned absolutely nothing since Anita Hill sat in front of them 27 years ago.

We’re watching the Brett Kavanaugh hearings, but we don’t blame anyone for tuning out; after all, it’s not like you don’t already know that too many women are not trusted to know their own minds, their own bodies, and their own experiences. But if you want to catch up, we’re collecting links to ongoing coverage, news reports, and deeper analysis of a shitshow that should never have happened.

3. In 1991, Anita Hill testified before the Senate Judiciary Committee about the harassment she endured from then Supreme Court nominee Clarence Thomas. Of course, there are stark—and worrying—parallels between her testimony and Ford’s. [CNN]

6. Then, almost immediately after that, Senator Chuck Grassley interrupted Dianne Feinstein—and continued to interrupt other senators and Ford throughout the hearing. [The Cut]

7. We were puzzled by the Republican-led Judiciary Committee choosing a prosecutor to question (or rather cross-examine) Ford. Of course, Rachel Mitchell attempted to poke holes in Ford’s testimony. It didn’t work. [Glamour]

8. Who is Rachel Mitchell, you ask? A registered Republican with a 25 years experience handling sexual assault cases. But did it backfire on the all-male Senate Judiciary Committee panel? [CNN, Rolling Stone]

9. Asked how certain she was that it was Kavanaugh who assaulted her, Dr. Christine Blasey Ford replied: “100 percent.” [USA Today]

10. While Ford was as perfect a witness as one can be, why was she on trial to begin with? [BuzzFeed News]

11. Brett Kavanaugh, on the other hand, spent most of his testimony crying, blaming the Clintons, and saying Ford is part of a political conspiracy to derail his life. [The Chicago Tribune]

12. And through it all, the Senate Judiciary Committee is still refusing to ask President Trump to re-open Kavanaugh’s background check with the FBI. [USA Today]

14. The Republican opposition to an FBI inquiry seems to be based exclusively on getting Kavanaugh confirmed as quickly as possible. But if they want to clear his name, it may be the only option left. [USA Today]

This has been a long two weeks pocked with near-constant reminders of trauma and humiliation, and ample evidence that many of our political leaders have learned absolutely nothing since Anita Hill sat in front of them 27 years ago.

Call your senators, and tell them to vote against Brett Kavanaugh’s Supreme Court confirmation. [Need to Impeach]

Take good care of yourself, especially if this news cycle is triggering for you. [Bustle]

If after all this you’re still raging, consider donating to Bitch Media today as we near the last days of our September fundraising campaign or joining The Rage, a community of folks reclaiming their anger and supporting independent feminist media.