The Supreme Court Upheld Abortion Rights, but the Fight Wages On | Bitch Media 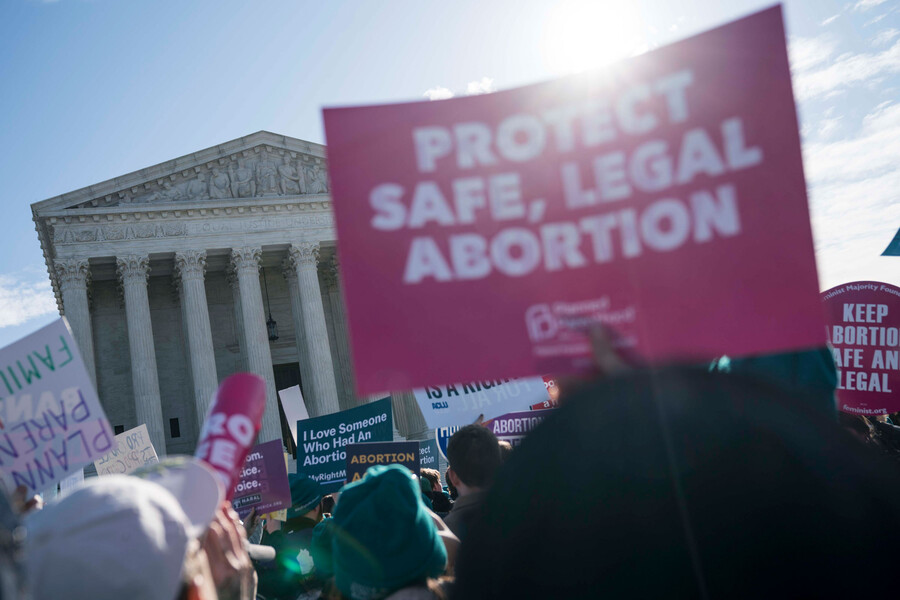 People participate in an abortion rights rally outside of the Supreme Court as the justices hear oral arguments in the June Medical Services v. Russo case on March 4, 2020 in Washington, D.C. The Louisiana abortion case is the first major abortion case to make it to the Supreme Court since Donald Trump became president. (Photo credit: Sarah Silbiger/Getty Images)

This morning, the Supreme Court struck down a Louisiana law that mandated abortion providers in the state to have admitting privileges at local hospitals. Though many of the most recent restrictive measures passed by states including Ohio, Kentucky, and Georgia have been crafted in the name of fetal personhood, the Louisiana Unsafe Abortion Protection Act, passed in 2014, was ostensibly passed to “protect” women’s health and safety by making abortion providers jump through medically unnecessary hoops—and sharply curtailing patient access to abortion providers. Much like the 2016 Supreme Court case Whole Women’s Health v. Hellerstedt, today’s June Medical Services v. Russo decision was a rejection of the disingenuous antichoice dialogue that has long disguised hostile attitudes toward abortion with a paternalistic concern for patient health—what the judge who struck down the original law in 2017 called “a solution in search of a problem.”

Notably, June is the first SCOTUS ruling on abortion since conservative, Trump-appointed justices Neil Gorsuch and Brett Kavanaugh were confirmed to the court. Both were chosen from the Federalist Society’s famed short list of conservative judges in an effort to build a court that could   continue to control abortion access and bodily autonomy, if not outright overturn Roe v. Wade. Today’s decision was a 5-4 ruling that once again found Chief Justice John Roberts siding with the so-called liberal wing of the court. (He was among the dissenters in the 5-3 ruling in Whole Women’s Health v. Hellerstedt.)

There’s no question that this is good news, but we shouldn’t assume that today’s decision amounts to a wholesale fuck-you to abortion opponents. The main thing June had going for it was its similarity to Whole Women’s Health v. Hellerstedt; the SCOTUS decision was less about abortion access as a right than about affirming the precedent set in the 2016 case. If we know anything about the anti-choice movement, it’s that it plays the long game; and as Nancy Northup of the Center for Reproductive Rights pointed out after the ruling came down, “With this win, the clinics in Louisiana can stay open to serve the one million women of reproductive age in the state. But the Court’s decision could embolden states to pass even more restrictive laws when clarity is needed if abortion rights are to be protected.”

Read this Next: Hyde and Seek 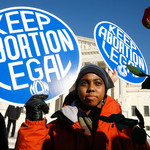 by Amy Roost
The amendment was the successful opening salvo in the U.S. anti-abortion movement.