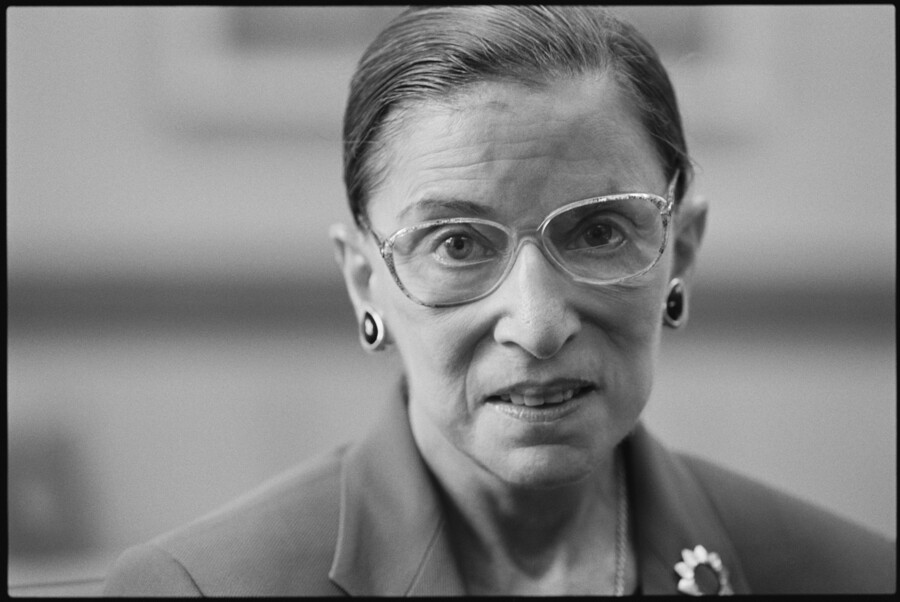 U.S. Supreme Court Justice Ruth Bader Ginsburg sits in her chambers at the Supreme Court August 7, 2002 in Washington, D.C. Ginsburg is the second woman to be appointed to the high court. (Photo by David Hume Kennerly/Getty Images)

Ruth Bader Ginsburg has died. On September 18, Ginsburg, an associate justice on the Supreme Court, died from complications of metastatic pancreatic cancer, a disease she battled three different times over the course of her life. There’s no doubt that Ginsburg’s death has left a hole in United States politics because of her impact, and even more so because she’s loomed so large in our imaginations. Before she became a pop culture icon, however, Ginsburg committed herself to ensuring the Constitution and its application considered women and treated them as equal citizens. She developed this commitment to making the law more equitable because of the discrimination she’d experienced as a young woman herself: As one of only nine women in her class at Harvard Law School, she was denied entry into the school library. After she graduated with honors from Columbia Law School in 1959, no law firm in New York would hire her because she was a woman.

When she began teaching law at Rutgers University, she was paid less than her male peers, and similar slights persisted throughout her career. But Ginsburg wouldn’t be deterred or denied. Through a series of landmark cases, some of which she argued in front of the Supreme Court, Ginsburg forced the law to recognize how the Fifth Amendment, in particular, discriminated against women—by bringing cases with male plaintiffs. And after being appointed as a judge in 1980—and then being appointed to the Supreme Court in 1993—she continued this quest to make the law as equitable to the country’s most marginalized communities. Her written dissents became as powerful as her rulings, and over time, she became an iconic figure in pop culture, known simply as the Notorious RBG.

Though Ginsburg has been rightfully criticized, particularly for her misguided 2016 remarks about Colin Kaepernick’s national anthem protest, her death leaves a void that many are grieving—and others are rejoicing about. We will now watch the Republican-led Senate attempt to perform acrobatics to confirm a conservative justice—the third during Trump’s term—and entrench bigotry at the nation’s highest court, but we can channel Ginsburg’s determination to fight back against unjust systems. Here’s how we can start.

Read this Next: Radical Patience 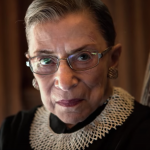