What Just Happened?100 Days of Trump 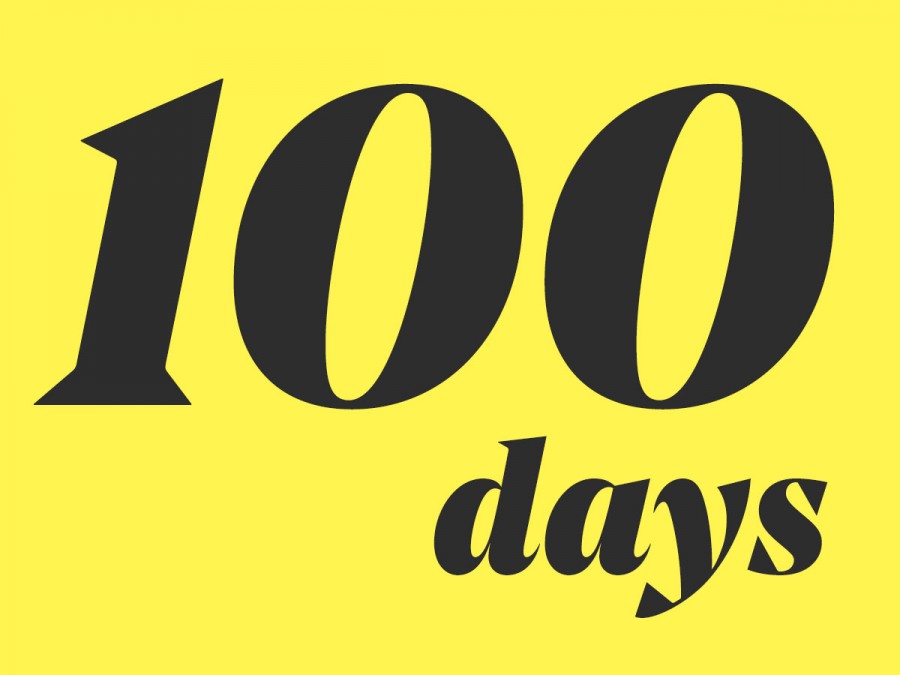 We know Trump’s 100 days were this past Saturday. We also know every outlet and person you’ve ever known with a Facebook account had something to say about it, and did. We considered being snarky and celebrating the fact that we’ve survived this hellscape of an administration so far but honestly? We don’t feel like laughing.

The past 100 days have been hard (and they continue to be with news constantly breaking, like the GOP’s healthcare reform getting past the House just yesterday). They have been painful and terrifying for so many people. They have been dangerous. Wonderfully though, people continue to fight and art continues to be made in spite of a government that has betrayed its promise of public service. Today, we wanted to talk about the past 100 days, but not in terms of what Trump did and did not do. We want to talk about everything else that has been happening in the past 100 days that is important and vital to our community but that hasn’t been heard as clearly over the rush of panic over this tweet or that executive order.

We’re thinking a lot about invisibility at the Bitch HQ these days, so here is a list of 100 things that were not as visible in these 100 days as they should have been, that deserve your attention, or that we just want to remember and re-celebrate.

2. The newly-announced Poetry Coalition gathered to defend the value of poetry and poets to American culture. [Academy of American Poets]

5. CultureStrike went to the real Coachella to talk to the immigrant communities that live in the Coachella valley year-round about their fight against environmental racism. [CultureStrike]

7. Get Out came out and Jordan Peele became the first Black director and writer to have a debut film hit over $100 million at the box office. [Bitch Media]

11. Tomi Lahren was banned from The Blaze. [New York Magazine]

13. An unprecedented number of women are planning to run for office. [New York Magazine]

14. The “Day Without a Woman” protests happened across the world. [Bitch Media]

16. Beyoncé announced that her family will be growing by two. [Bitch Media]

20. Punching a Nazi became the “meme to end all memes.” [The Washington Post]

21. More than 600 cities organized in the name of science. [MarchforScience.com]

23. Thanks, Netflix. Dear White People came back as a series. [Vulture]

27. The Associated Press added the singular use of “they” as an approved pronoun in its style guide. [Buzzfeed]

28. Ijeoma Oluo made it possible for us never to hear another mention of Rachel Dolezal again. [The Stranger]

29. I Am Not Your Negro aired in theaters across the country and was nominated for an Oscar. [Rotten Tomatoes]

30. The 7th Circuit Court of Appeals ruled that the 1964 CRA extends protections to those experiencing bias based on sexuality. [Colorlines]

32. Ellen celebrated 20 years since her coming out episode… and Michelle Obama offered her personal congratulations. [People]

33. These gender-neutral swimsuits made summertime a whole lot better for a whole lot of people. [Kickstarter]

34. Citizens for Responsibility and Ethics (CREW) in Washington, D.C. filed its first lawsuit against Trump three days after his inauguration, accusing him of violating the emoluments clause. To date it has filed nearly 100 ethics complaints against the Trump administration. [New York Daily News]

36. The Women’s March, in all of its complexities, was the largest single day of protests in American history. [WomensMarch.com]

37. Millions watched in health-insured awe as Paul Ryan failed miserably to destroy Obamacare. (Those were good times…) [The Washington Post]

39. Sales of protest supplies, such as poster board and markers, went up (and stayed up) more than 30 percent. Foam board sales are up 42 percent. [Bloomberg]

41. The folks at O’Miami broke the Google algorithm for an interactive community project designed to feature the poetry of incarcerated individuals. [Miami New Times]

44. Plus, their latest tweets have been deconstructing alternative facts. [Twitter]

45. Under the Raise the Age initiative, Governor Andrew Cuomo signed a reform so that 16- and 17-year-olds will no longer be tried as adults in New York State. [RaiseTheAgeNy.com]

47. Kalief Browder, a teenager who committed suicide after being incarcerated in Rikers Island for a crime he didn’t commit, had his story told by Jay-Z on Spike TV. [IndieWire]

48. Speaking of Jay-Z, he partnered with The Weinstein Company and National Geographic for Race, a six-episode project that will explore inequality in the US. [Salon]

49. While the majority of late-night hosts treaded lightly through the election,Samantha Bee doubled down on her critique, making for some therapeutic viewing. [Twitter]

53. For the first time, four Black directors were nominated for the best documentary Oscar. [NPR]

54. One of them was Ava Duvernay, whose Queen Sugar TV adaptation was renewed for a second season. [Deadline]

55. By the way, for the second season in a row, all of Queen Sugars’s directors will be women. [Hollywood Reporter]

58. Shonda Rhimes joined the board of Planned Parenthood. It’s handled. [The Washington Post]

61. Civic engagement has also worked on the local level. Townhalls have been packed wall-to-wall with citizens eager to engage with their representatives. [The Atlantic]

62. Pro-skateboarder Lizzie Armanto was the first woman on the cover of Thrashermagazine in 24 years—and only the third woman ever! [Youtube]

65. Malala Yousafzai was named the youngest ever UN Ambassador of Peace. [The Telegraph]

66. Tracey Tong, a 23-year-old Chinese-Peruvian woman, showed us all how to be an ally against Islamophobia. [Remezcla]

68. Marissa Alexander finally walked free after being sentenced to 20 years in prison for firing a warning shot at her abusive husband in 2012. [Ebony]

69. Henrietta Lacks is no longer a hidden figure. She got the big screen treatment—finally. [HBO]

70. Oprah Winfrey played Henrietta Lacks’ daughter, Deborah Lacks, and got her acting groove back. [The Ringer]

72. Colson Whitehead’s book, The Underground Railroad, is being adapted by Barry Jenkins for Amazon. [The New York Times]

73. Speaking of the underground railroad, the first multidimensional portrayal of Harriet Tubman finally came to TV. The second season of Underground is everything. [The New York Times]

76. A 5-year-old asked GAP for gender-neutral clothing. The CEO agreed. [The Washington Post]

77. Big Little Lies delivered one of the most realistic portrayals of intimate partner violence. [Vulture]

78. (And there may be a second season of Big Little Lies!) [Marie Claire]

80. Her ratings are still through the roof. [TV Newser]

82. Harvard named Rihanna its Humanitarian of the Year. Her response was priceless. [The Washington Post]

83. New Mexico passed a law that allows residents to donate a portion of their state taxes to test a backlog of rape kits. [Taos News]

85. There was a surge in children’s book authors tackling race and police brutality, to critical acclaim. [The New York Times]

86. Tomi Adeyemi signed an impressive deal to bring her YA book Children of Blood and Bone to the big screen. [Teen Vogue]

88. Marco Rubio got booted out of his own office after ongoing protests for his evasive behavior with constituents. [Remezcla]

90. An ordinary citizen in the Bronx, New York created a successful campaign to bring an independent bookstore to the area. [New York 1]

91. The Brooklyn Museum opened the “We Wanted a Revolution: Black Radical Women, 1965-85” exhibit to honor black women in the Black Arts Movement. [GOOD]

92. The city of Seattle divested from Wells Fargo in protest of the Dakota Access Pipeline. [Los Angeles Times]

93. Several other cities followed. [The Nation]

96. Though there is a catch, New York became the first state to offer free state tuition. [USA Today]

98. 19-year-old student Sabrina Rodriguez started the Instagram account LatinxReads, a virtual book club for those looking to read more Latinx authors that aims to “diversify the representation of Latinidad.” [Latina]

With the news cycle playing 24-hour catch-up with Trump’s tweets we know our list didn’t catch everything that’s gone under the radar in the past 100 days. Got something to add? Let us know!

by Bitch HQ
Today we're reading about A Wrinkle in Time, Nashville, and #nomakeup.