How Women Made Historic Gains in Congress | Bitch Media

What Just Happened?The Year of the Woman 2.0 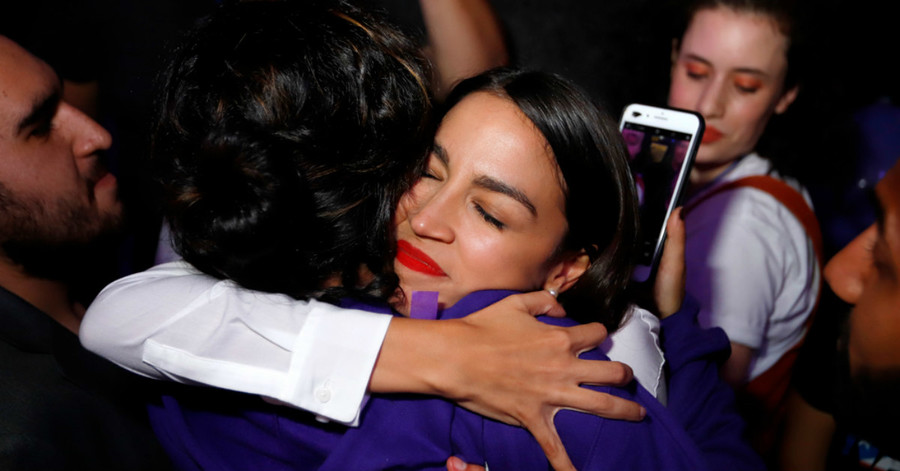 Yesterday’s midterm elections were one of the most important of our lifetimes. Most people tend to pay attention only to presidential elections, but critical governorships and congressional seats were up for grabs. As former President Barack Obama said on Twitter, “the character of our country [was] on the ballot.” While Democrats weren’t able to take the Senate, the era of one-party rule by Trump is over with crucial gains in the House. And there were big wins across the country, too. Deb Haaland in New Mexico and Sharice Davids in Kansas became the first Native American women to be elected to Congress. Rashida Tlaib in Michigan and Ilhan Omar in Minnesota became the first Muslim women elected to Congress. In Florida, voters passed Amendment 4, which will restore the voting rights of people who were convicted of felonies (a shocking 1.4 million people). The votes are still being counted, but last night more than 100 women were elected to Congress—and more than 100 LGBTQ candidates won federal, state, and local races in what people are calling a “rainbow wave.” These bright flares of hope are the result of months of hard work on the ground and millions of voters feeling engaged and turning out. We have a long way to go to make sure everyone’s vote counts, but last night was a powerful start to taking back the democratic process.

1. No matter who wins or loses, this has been a historic election cycle for women. [New York  Times]

2. For the first time ever, more than 100 women have been elected to Congress. [ABC News]

7. Safiya Wazir, who escaped Afghanistan as a child, was elected to New Hampshire’s House of Representatives. She’s the first former refugee to a win a seat in New Hampshire’s legislature. [Concord Monitor]

8. Jahana Hayes, a former Teacher of the Year, will be the first Black woman to represent Connecticut in Congress. [Hartford Courant]

11. Texas is sending its first two Latinas to Congress. [The Texas Tribune]

13. Beto O’Rourke lost the Texas Senate race, but he may still lead a blue wave in Texas. [Vox]

14. Though she didn’t win, approximately 96,000 voters in Vermont cast their ballots for Christine Hallquist, who would’ve been the first transgender governor in U.S. history. [Broadly]

17. Nashville passed an amendment that will create a police oversight board. [Nashville Scene]

These bright flares of hope are the result of months of hard work on the ground and millions of voters feeling engaged and turning out. We have a long way to go to make sure everyone’s vote counts, but last night was a powerful start to taking back the democratic process.

Keep tabs on what your elected representatives are doing in Congress and give them a call to share your views.

Volunteer at one of the organizations fighting gerrymandering—so each vote counts as it’s supposed to.