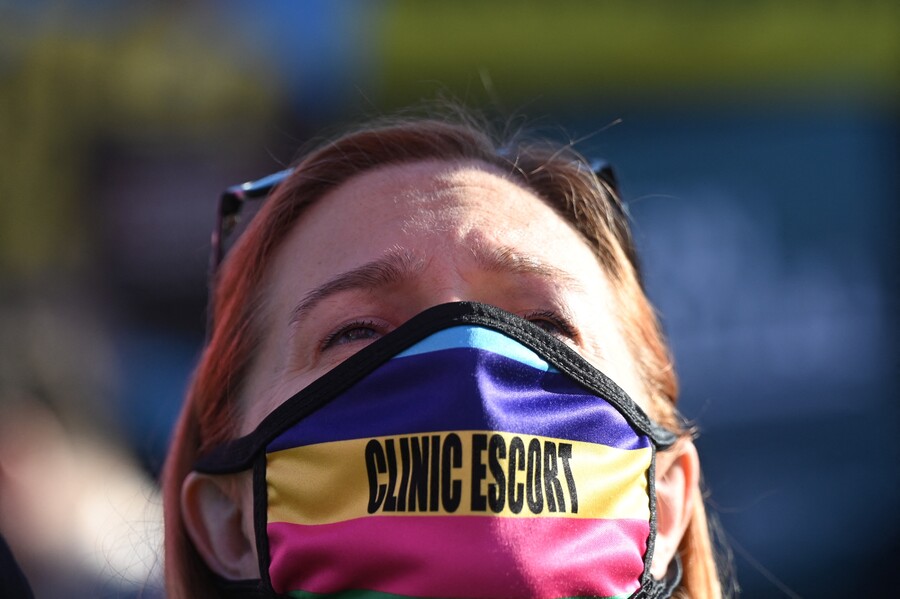 Abortion rights advocates and anti-abortion protesters demonstrate in front of the US Supreme Court in Washington, DC, on December 1, 2021. - The justices weigh whether to uphold a Mississippi law that bans abortion after 15 weeks and overrule the 1973 Roe v. Wade decision. (Photo credit: Getty Images)

If you’re someone who cares about protecting the right to bodily autonomy in general and abortion access in particular, you’re already aware that this morning’s oral arguments to the Supreme Court in Dobbs v. Jackson are the culmination of a decades-long conservative strategy to overturn 1973’s historic Roe v. Wade decision. But that doesn’t mean it wasn’t profoundly unsettling to watch the nation’s most powerful legal body debate questions that should be easy to answer: Does the U.S. government have the right to force a person to carry an unwanted pregnancy to term? Even if that pregnancy poses a serious health risk? Even if the pregnancy isn’t viable? Even if the pregnancy itself is the result of a crime? Even if the outcome is guaranteed to be bad for the humans involved?

Today’s arguments did not happen suddenly, or by surprise. The fight to outlaw and criminalize abortion has been the most consistent position held by the Republican party (to be clear, the party that claims to be against government intervention in private life) for decades. The Hyde Amendment—the 1976 law that blocks Medicaid funding for abortion care and thus primarily impacts low-income patients and patients of color—has been the most consistent hurdle, renewed regularly even by Democratic administrations up until this year. Over the decades, and particularly since the administration of George W. Bush, state mandates have increasingly chipped away at abortion rights and access with measures thrown into the paths of both patients and providers, including mandating that abortion seekers undergo transvaginal ultrasounds; preventing clinics from serving their communities via arcane regulations on things like hallway width; arbitrary waiting periods; and punitive pre-abortion “counseling.” As a result, abortion access is almost nonexistent in many states: Jackson Women’s Health Organization, the clinic fighting a Mississippi law banning abortions after 15 weeks of pregnancy, is the sole remaining abortion provider in the state. (Roe declared abortion a constitutional right up to 24 weeks.)

Today’s case is not about one state’s decision, but about overturning decades of precedent. Today’s case is the reason Republicans have been quietly packing the courts with anti-abortion judges. Today’s case is about whether the government can tell people, many of whom are already marginalized and disadvantaged, that their actual lives are not as important as that of a hypothetical life inside them. The official verdict on Dobbs v. Jackson is unlikely to be handed down until June or July of 2022; in the meantime, abortion remains a legal right under the Constitution, and the work of fighting to keep it that way is more important than ever.

Read this Next: SB 8 Is a Reminder That Abortion Is a Disability Issue 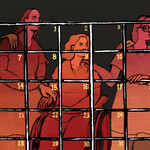 by Samantha Chavarria
The subject of disability and abortion law doesn't stop at hypothetical fetuses.