What Just Happened?The Impeachment of 45 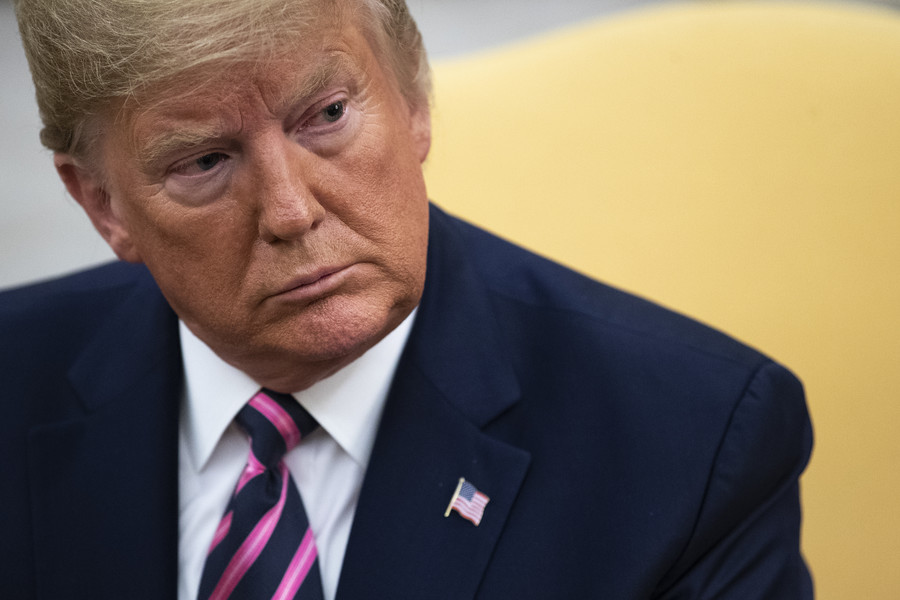 Donald Trump looks on in the Oval Office of the White House on December 19, 2019 in Washington, D.C. (Photo credit: Drew Angerer/Getty Images)

Well, it’s happened: The House of Representatives voted to impeach 45. On the night of December 18, Donald Trump was officially charged with abuse of power and obstruction of Congress; but, as we learned in 1998, impeachment doesn’t necessarily mean removal from office. Indeed, as the House vote took place, Trump threw himself a rally in Michigan, where he ranted about toilets; this morning, he was back in the White House tweeting with the confused outrage of a person who has never been held to account for anything at all, much less to the congressional checks and balances that preserve a democracy. In other words, everything has changed and yet nothing has changed at all.

Impeachment proceedings are rare and complicated. What do they actually mean? What happens after they’ve occurred? Will an official vote to impeach stop Trump from continuing to encourage foreign powers to meddle in American elections, curb the inaction of policies that harm the most marginalized among us, or slow his efforts to pack the courts? Many of these questions don’t have clear answers, but history tells us that impeachment—defined as a congressional power that allows presidents and other federal officials to be removed from office if there’s evidence that they have committed “treason, bribery, or other high crimes and misdemeanors”—is a permanent blemish on a president’s record.

Though three previous presidents have faced impeachment, two of them—Bill Clinton (1998) and Andrew Johnson (1868)—were acquitted by the Senate; the other, Richard Nixon (1974), resigned after the House passed articles of impeachment but before a trial in the Senate. That leaves us with Trump, a man whose presidency has been defined by lies, amorality, and a complete disinterest in actual governance. Trump won’t be shamed into resigning. He won’t be shamed into apologizing. And he won’t be shamed into admitting that he’s guilty of the charges the House has impeached him for. So rather than speculating about what’s transpired and what comes next, we’ve compiled this roundup of media coverage, along with some action steps you can take to persuade Congress to do its job on behalf of the people it represents and hold this president accountable.

Read this Next: Trump’s Anti-Trans Policy Efforts Aren’t New—and Their History Is Horrifying

by Jes Grobman
The transition from Weimar to Nazi Germany and Obama-era to Trump-era United States have striking similarities.