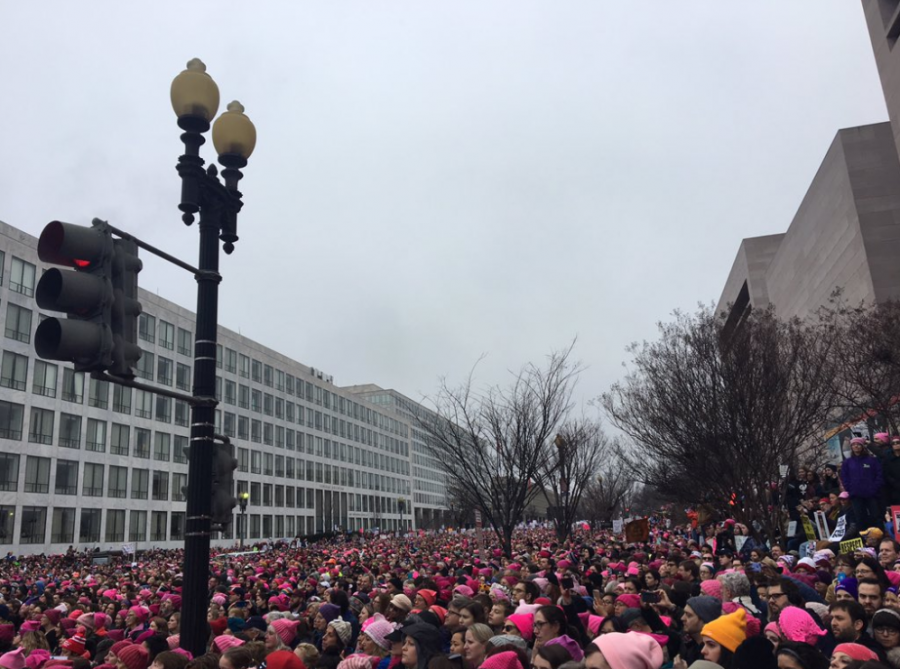 Our Take: The Women’s Marches

On Saturday, protestors assembled all over the globe, in every U.S. state and every continent (yes, Antarctica!) for what is now the largest one-day protest in American history: The Women’s March.

In Washington, D.C. speakers including Angela Davis, Janet Mock, Cecile Richards, Michael Moore, Gloria Steinem, Van Jones, and the Mothers of the Movement urged the women assembled to run for office and highlighted the tremendous work that women of color do on every issue that affects women (which is all of them), from #NoDAPL to Black Lives Matter.

At many March sites, crowds were significantly larger than expected (current estimates place the D.C. crowd at three times larger than those that gathered for the previous day’s inauguration) and because of the size of the crowd, the March on Washington was forced to changed course and ended up in front of the White House where the crowd chanted “This is what democracy looks like!” and sang “This Land is My Land” where Donald Trump could hear them roar. At the end of the day, protestors left their signs in front of the White House as a promise: “We won’t go away; welcome to your first day!”

In addition to the breathtaking aerial photos of marches in cities around the world that give evidence to the power of the millions who attended, there is more power and resistance that has gone and continues to go undocumented. Folks who could not march for reasons of ability, incarceration, limited resources, or felt excluded by it are still the majority. And while reports of record-breaking attendance will definitely get under our new President’s thin skin, what happens next goes well beyond letting Trump know how we feel about him. It will take everyone, in multiple forms of dissent, protest, and organizing. Sustaining the sense of purpose and solidarity for the next hundred days and beyond is crucial. We’ll be here every day with reminders of how to connect, heal, and resist—and what’s at stake if we don’t.

Trump and his administration must be held accountable, and in a landscape that is increasingly threatening to independent voices and the media that reports them, everyone needs to know how to safely and securely leak information to the press. [ProPublica]

Women of color are being blamed for dividing the Women’s March on Washington—a conversation that has repeated itself in various debriefs in sister marches across the country. It’s nothing new (and it’s total bullshit.) [Mic]

Moments after Trump was sworn into office, the White House disappeared its webpages on Civil Rights, Climate Change, and LGBTQ Rights. [The Daily Beast]

“We’ve been marching for years—where the hell have all of you been?” A powerful poem from Johnetta Elzie, cofounder of Campaign Zero, reflects on just how massive the women’s marches were this weekend, and asks one question incisively and repeatedly. [Teen Vogue]

Here are best-estimates on just how many people marched around the globe this weekend. [Erica Chenoworth, Jeremy Pressman, Rivera Sun, Sarah Syverson, and many others]

We’ve seen a lot of social-media posts about how “peaceful” Saturday’s marches were. Spoiler: It’s not because women were in charge. [The Establishment]

There were so, so many reasons to march this weekend. Today, Trump provided another excruciating example of why we were in the streets fighting back: He reinstated the Global Gag Rule. [Rewire]

Familiarize yourself with the ACLU’s seven point action plan for taking on the Trump Administration so that you can react quickly when action is needed. [ACLU]

Become a member at an organization in your community that’s fighting back against Trump’s racist, xenophobic, misogynist, ableist, transphobic, homophobic, and climate-denying policies. 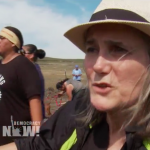 by Sarah Mirk
Jill Stein spray-painted a bulldozer covered in words of protest with "I approve this message."