What Keeps Happening?White Men With Guns 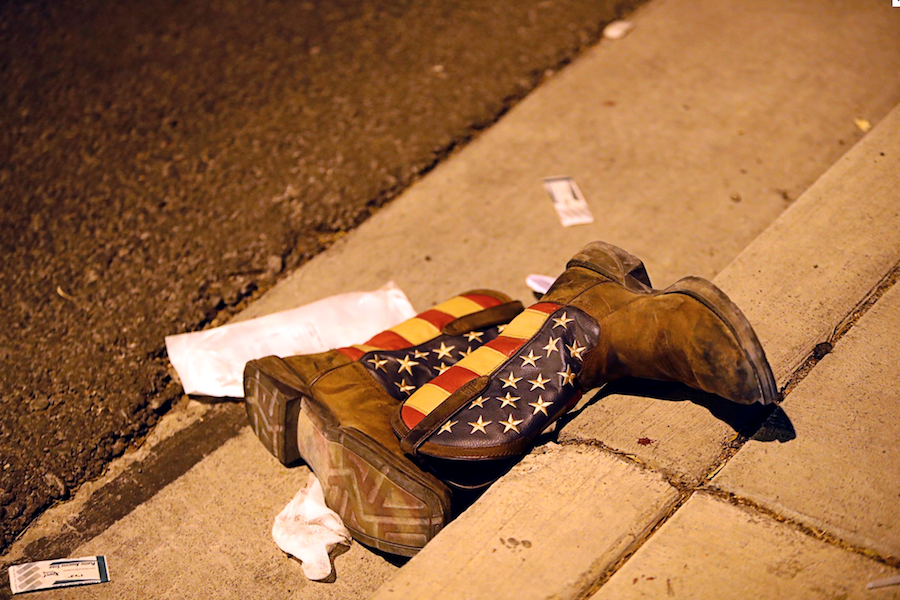 Columbine. Virginia Tech. Colorado Springs. Sandy Hook. Aurora, Colorado. Isla Vista, California, Roseburg, Oregon. Orlando. Too many cities in the United States are now indelibly associated with the mass shootings that have become, perhaps more than anything else, a hallmark of life in America. A tweet from journalist Dan Hodges—“In retrospect Sandy Hook marked the end of the US gun control debate. Once America decided killing children was bearable, it was over”—and the Onion article titled “‘No Way to Prevent This,’ Says Only Nation Where This Regularly Happens” surface each time, as chilling as they were the first time.

Since the devastating day five years ago at Sandy Hook Elementary, the nonprofit database Gun Violence Archive estimates that there have been at least 1,518 mass shootings that left at least 1,715 people dead and 6,089 wounded. Repeat: That’s in just the last five years. And this is happening at the same time that Congressional funding for research on gun violence as a cause of death has stalled out. And we all know why that is.

By now, the media drill is painfully familiar. A horrific shooting happens. The perpetrator—almost always a white male—is described by family and people who knew him as “lonely,” or “unassuming,” or, as in this most recent case, as a man who enjoyed gambling and country music and “lived a quiet life” before he fired into a crowded concert in Las Vegas. (Nice change on the headline, Washington Post, but screenshots live forever.) There’s a halfhearted attempt to pin the murders on Muslim extremists. Conservative commentators go on CNN and MSNBC to say that it’s just too soon to politicize the tragedy by talking about gun reform. Politicians deep in the pocket of the NRA offer “thoughts and prayers.” There’s a lot of talk about freedom, but it lacks any nuance or commitment to modernize the Second Amendment.

In following this rote trajectory of tragedy, we flatten the mass murders and their victims, adding them to an ever-growing list of completely preventable killings that will soon enough be overshadowed by more of them. This isn’t about what just happened. This is about what keeps happening.

1. The American impulse to equate guns with freedom and masculinity with violence is killing us. [The Nation]

2. In response to the deadliest mass shooting by a single terrorist in history of this country, Trump didn’t mention a key word in his condolences: Guns.  [Raw Story]

3. Here’s how the massacre in Las Vegas challenges the NRA’s “good guy with a gun” argument. [The Trace]

6. On why white men are “gunmen” and muslim men are “terrorists” in mainstream media. [Huffington Post]

7. Must-read analysis on the history of mass shootings in the United States from 2009–2016. [Everytown]

8. When we talk about gun violence or gun control, we should be talking in the same breath about masculinity and the mold constructed for it to fit in. [Bitch Media]

9. You need to know these facts about guns and domestic violence. [Everytown]

Here’s how to help the victims in Las Vegas. [Newsweek]

Join Everytown, an organization that’s organizing every minute of every day to end gun violence in this country. [Everytown]

The House of Representatives will vote on silencer laws this week. Make your voice heard. [US News]

WHAT DO YOU NEED?

We know you’re curious about something that we haven’t covered here, and we need to know about it as an informed feminist community. What are you wondering about?