How To Avoid Cultural Appropriation On Halloween | Bitch Media

What Not to Wear On Halloween 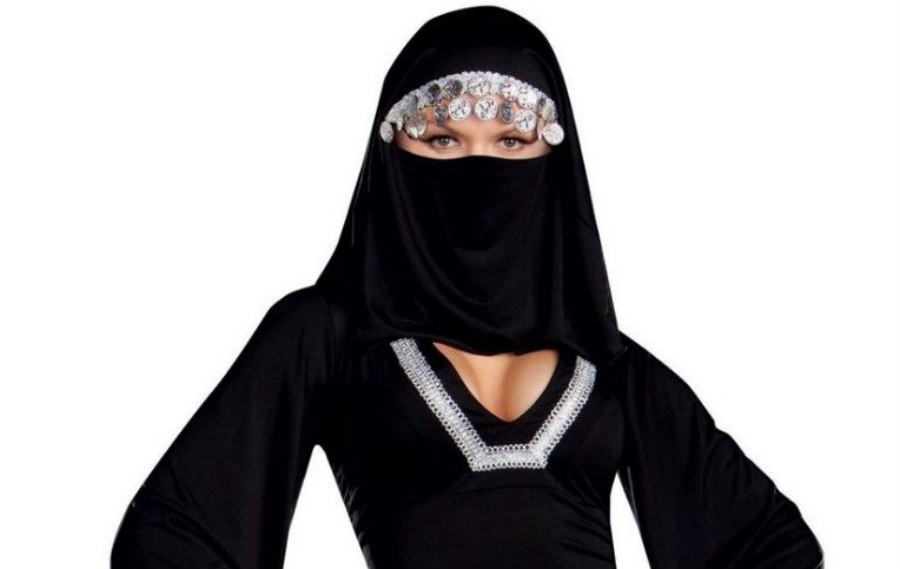 This story was originally published on October 21, 2015.

There are lots of excellent, funny, current costumes you can wear this Halloween. Look, I made a list of 33 costume ideas. But Halloween always brings out lots of bad ideas, too—it’s the biggest time of the year when cultural appropriation gets mainstream discussion.

Dressing Up as a Racial Stereotype

In elementary school, my whole class dressed up for Thanksgiving as Native Americans. At the time, that meant making a headband out of paper feathers and then running around the classroom with no shoes on. Thinking about this costume makes me cringe now, because it’s clear cultural appropriation. This wasn’t a thoughtful exploration of Native American identity, this was reducing diverse and complex Native identities to a caricature. This new video from BuzzFeed explains how dressing up as a cartoon version of Native American isn’t a good idea. “Because it’s so inaccurate, it almost feels like a joke,” says one participant. “Like someone’s making fun of me and all the things my people fought and died to hold onto.”

So That Means Not Dressing as a “Thug” 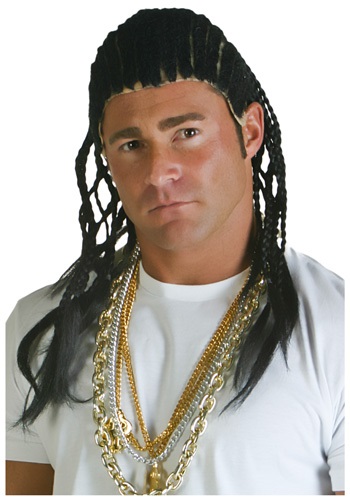 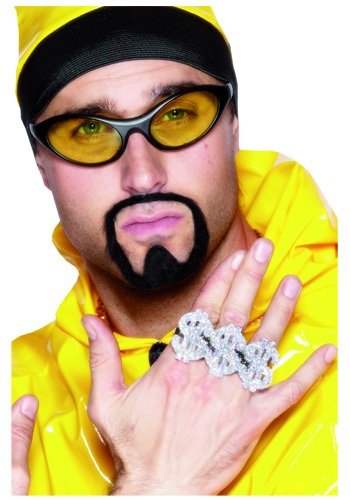 It seems like many people these days get that reiterating Native American racial caricatures is offensive (except for the Washington football team). The same goes for dressing up as other identities that stigmatize groups you’re not a part of, like being an out-and-out racist stereotype of a “gangsta” or “thug.” [Edit: A couple readers have pointed out that the costume on the above right is an Ali G outfit. That’s completely possible! But it’s being marketed as a “yellow rapper” with a “dollar sign pimp ring,” which is why I included it.] 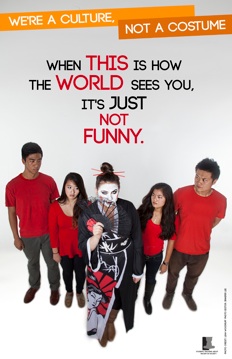 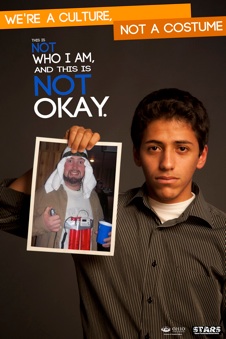 Students at Ohio University ran this awesome poster campaign a few years ago called “We’re a culture, not a costume.” The students point out that when you live with discrimination every day, it’s not fun to see someone face that kind of discrimination dress up for one night as a stereotype just for laughs 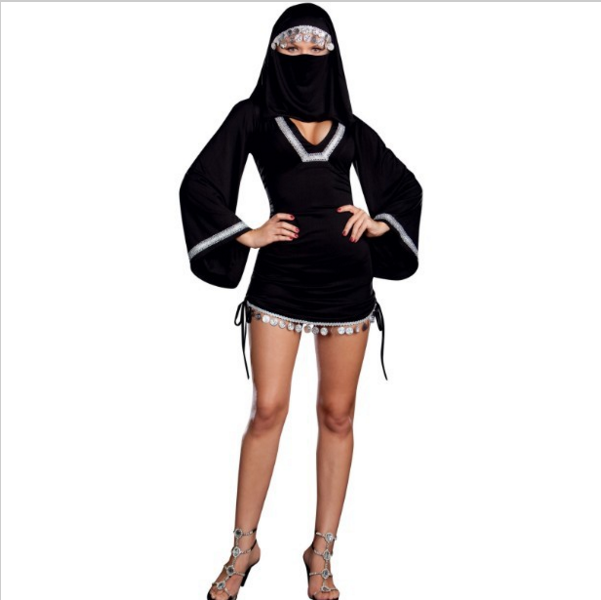 Dressing up sexy for Halloween can be really fun. But not if you do it in a way that fetishizes a racial, ethnic, or religious group. Thanks to Kirstin Kelley for pointing out the numerous “sexy Arab girl” and “sexy Burqa girl” costumes for sale. 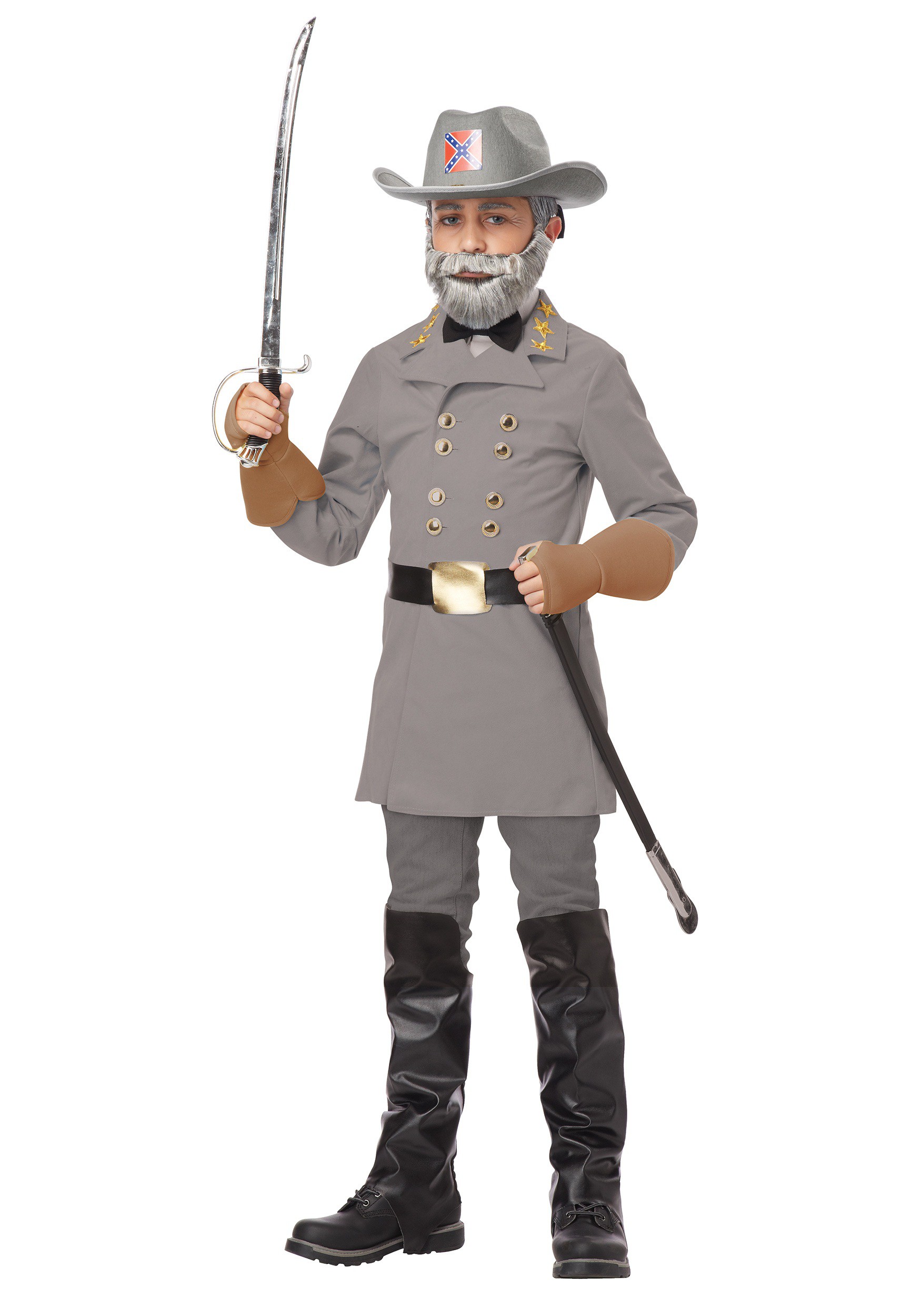 I didn’t realize people dressed up as the leader of the Confederacy until writer Hanna Brooks Olsen tweeted about it. When a Virginia kid dressed up as a member of the KKK for Halloween, his parents were roundly denounced for letting their kid walk around dressed as member of the racist vigilante group who murdered many, many people. But numerous stores don’t see any issue with selling racist vigilante costumes, since you can buy Robert E. Lee costumes—complete with Confederate flag hats. 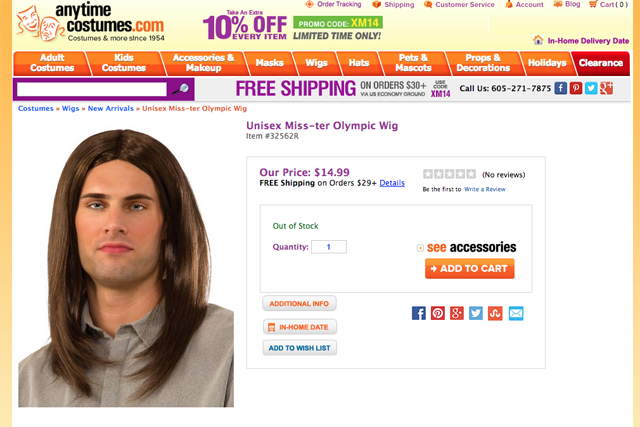 A bunch of stores are selling Caitlyn Jenner costumes this year specifically for men. “The ‘joke’ those buyers are suggesting is that “this man could never be a woman,’ explains Liz Smith at Refinery29. “It’s a disturbingly transmisogynistic statement that reduces the realities of transgender people to a tacky sight gag.”  Petitions to stop the sale of masculine-presenting Caitlyn Jenner costumes got a couple sites to pull the costumes, but others aren’t budging.

Anything that demonizes or trivializes mental illness should not be sold or worn. i.e. Asylum costumes like "mental patient" or most recently the dorothea Dix costume, which turns the 1800's mental health advocate Into a "mental patient."

I work in Salem Ma so I have to struggle with providing good customer service to people whose costumes offend me every October. Last year there was a woman walking around in a hanged Salem Witch costume. She'd done dead-looking makeup with a Puritan dress and a noose around her neck. I get that there are businesses in town who make a tacky profit off of our famous tragedy so it might not seem like poor taste, but that costume did not sit well with quite a few of the locals.

Bindis/South Asian clothing and jewelry aren't on this list??

Also using music from other cultures without giving credit (looking at you, Beatles and Selena Gomez).

Interesting how these costumes are considered "no no's" but dressing as a Catholic priest or a "sexy nun" has always been in fashion and has never been considered discriminatory. Why is fetishizing Christianity acceptable?

How is Robert E Lee offensive? He was the general of the confederate army. A West Point grad and representative of the southern states that wanted to become a sovereign nation.

This is ridiculous. People should wear whatever they want to. Nothing can offend you unless you choose to allow it to do so. It may be an unconscious choice, but it is still a choice. Therefore, if something offends you, it is YOUR problem and no one else's. There is no such thing as a constitutional right not to be offended. 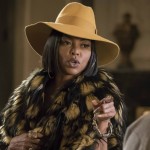 by Sarah Mirk
Astronauts, athletes, and animated characters. Oh my!