Zinzi Clemmons’s “What We Lose” Is A Masterpiece | Bitch Media

“What We Lose” Is An Experimental Fiction Masterpiece 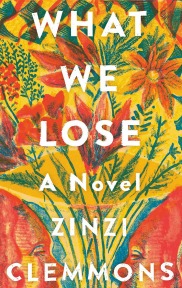 It’s somewhat fitting that there isn’t an agreed upon definition of “experimental fiction.” My favorite one comes from Map Literary: “[Experimental fiction] refuses to stay within the boundaries laid out either by traditional realistic literary fiction or by the standard genres of thriller, mystery, sci-fi, romance and so forth.” Zinzi Clemmons’s debut novel, What We Lose, is a gorgeous specimen of experimental fiction that refuses to stay within the boundaries set for writers who aren’t white cisgender men. The book’s duality, playing inside those boundaries and edging its way across them, is how the experimentation unfolds.

What We Lose may seem very straightforward: The narrator’s mother is healthy, then dying, then dead, and the narrator falls in and out of love. But little is as simple as it appears: The novel moves from one vignette to another, giving the reader short bursts of plot, memory, musing, an occasional academic excerpt, and some hand-drawn graphs.

What experimental fiction sometimes does gratuitously, What We Lose does with grace. When a 2015 blog post appears on page 20, it’s startling—but relevant to the topic the narrator has just been considering. When a Pulitzer Prize-winning photograph is mentioned and then reprinted in the novel, it gives readers a moment to digest. By the time XY axes graphing emotions appear in the latter half of the book, readers have been well-trained to let go of expectations. Still, Clemmons’s use of these different forms always feels subtle because they intertwine with the prose.

Beyond its experimental elements, What We Lose exemplifies Clemmons’s nuanced thinking: In a discussion about Olympic runner Oscar Pistorius, for example, the narrator examines his murder trial; he thought, he told the world, that his girlfriend was an intruder. “I can understand acting with the most force, because in South Africa, the worst outcome often happens. Rarely are you overestimating your own safety,” she writes. “It seems fully possible that [Pistorius] responded reflexively, especially given that he has no legs, and must have felt an ingrained vulnerability for years because of that.” But then she adds, “that same vulnerability might have produced an ego in Oscar that would propel him to dominate beautiful women.” This weighing of possible realities points to the kind of mind the narrator possesses.

Race is definitely touched upon in What We Lose but it doesn’t encompass the whole novel. “To my [South African] cousins and me, American blacks were the epitome of cool,” she writes in Part One. “…But when I called myself Black, my cousins looked at me askance. They are what is called coloured in South Africa—mixed race—and my father is light skinned black. I looked just like my relatives, but calling myself black was wrong to them.” The narrator feels like an outsider since she’s not “like, a real black person” as one white girl tells her, “smiling, solicitation in her eyes.” The narrator acknowledges a certain privilege in being light skinned—people don’t see her as a threat—but this leaves her on the outside of Black American culture. She deals with internalized biases, too; for instance, she discovers that most of the women in her mother’s chemo center are Black though they’re not dominant in visible narratives about cancer. Still, race is the focus only occasionally, and becomes an aside, a part of the narrator’s identity but not its defining factor. Clemmons wants us to know who her narrator is up front, so that we will not forget it, nor her history, as the book’s focus shifts largely to focus on grief.

Grief is the final, and perhaps the most important, theme in What We Lose, bringing us so close that it becomes a tangible, mappable thing. On one page, the Kubler-Ross stages of grief are drawn along an X access, with a sine wave showing the narrator swinging through them before finally settling between depression and acceptance. In some ways, grief makes What We Lose feel universal because it is experienced by so many, but Clemmons isn’t aiming to appease audiences with a familiar tale. The book is partly a work of autofiction, and this grief is her own, told through the lens of her narrator. The narrator’s life is colored by grief, Clemmons suggests, while her other struggles—bi-nationality, racial ambiguity, heartbreak—have never had such vast, sweeping effects on her. The narrator eventually moves away, gets a job, falls in love, gets pregnant—but all along, her mother’s death stays in sharp focus.

Whether it’s through the overt descriptions of her mother’s pain, a brief look at the industry surrounding death, or the subtle use of the narrator’s name (which for a stretch is only ever used by her mother), Clemmons brings readers as close as it is possible to get to this particular kind of grief. What We Lose is a tour de force and an intelligent and stormy debut. 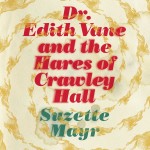 by Dr. Chanda Prescod-Weinstein
Edith Vane suffers the whips and scorns of academia in a world where tenure is an illusion.