Tanaya Winder Wants to Fire You Up 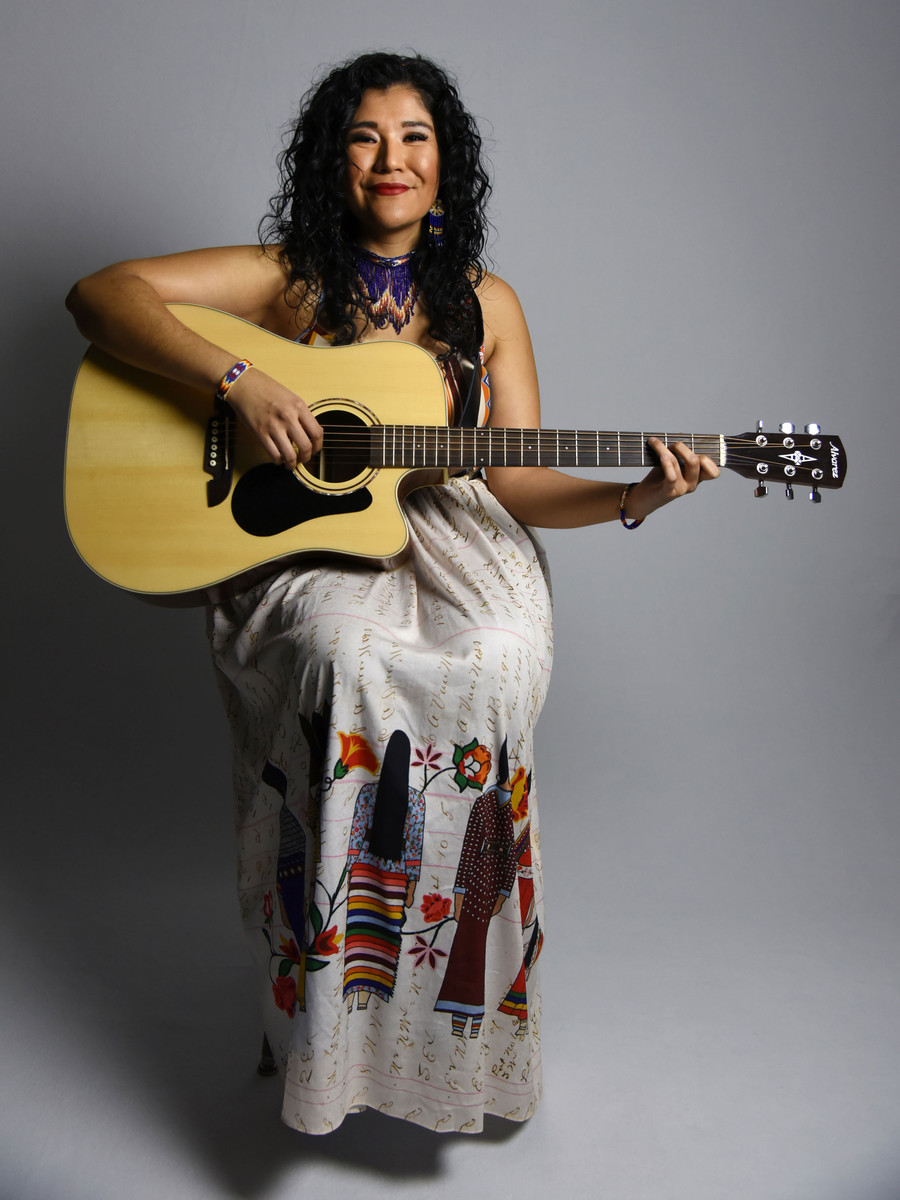 What does healing look like? That’s the question Tanaya Winder has spent her life answering through her work as a Black Indigenous poet, musician, artist, and educator. Her philosophy is simple: Hurt and pain have to be worked through in order to move forward and find peace.

How did you decide to incorporate music into your poetry?

I first started doing page poetry while I was working with the low-income, first-generation students who came to my Upward Bound program. I realized they like spoken word, so I thought I should write something that they could vibe with. A lot of my poems are really heavy and intense because I write a lot about healing after loss. I thought, What can I do to make it less heavy? Well, I can sing. So I started incorporating more singing into my spoken word. For instance, I have a poem about murdered and missing Indigenous women where I sing part of Bill Withers’s “Ain’t No Sunshine,” but I say, “Anytime she’s taken away” instead of, “Anytime she goes away.” I found that music could mediate this heavy experience.

What brought you to working with these students?

I got forcefully pushed into teaching by the universe and the Creator. I had already made up my mind: I was going to Stanford. I was going to become a lawyer. I was dead stuck on that until I lost my grandfather in high school and then lost a friend to suicide. I was then gifted an opportunity to work at a youth program. I was already doing a poster project with the students, so Upward Bound asked me to teach creative writing. Those students really helped me.

Your first EP, For Women and Girls on Fire, was released in November 2018. Why did you choose that title?

When my best friend committed suicide, I would listen to Alicia Keys’s “Girl On Fire.” It became my anthem. The song really helped me figure out how to reignite my own light. In 2015 or 2016, I thought I was in love. I fell so hard—and then it unexpectedly fell apart. After the breakup, I wrote this emotional poem called “For Women and Girls On Fire” because a lot of women experience heartbreak. A lot of the songs on my first ep honor that experience. We are fire, and we shouldn’t be afraid to burn beyond containment. That’s our power.

Bitch’s Heat issue focuses on how “heat suffuses our public and private wealth, impacts our economy, and motivates our decisions and our identities.” What would you say your relationship to the term “heat” is?

One of my relatives tells a story about how the lake on the Pyramid Lake Paiute reservation in Nickson, Nevada, was created. The original man and woman had four children who got along when they were little but began arguing as they got older. The father said, “If you guys aren’t able to get along, we’re going to have to separate you.” So they kept arguing, and sure enough, he said, “We’re going to send two of you to the north and two of you to the south. When you get there, light a fire so we can see the smoke, and we’ll know that you’re okay.” Days pass, and they see a fire lit in the south, but they never see a fire in the north. And so the mother cried because she didn’t know if her kids were okay; her tears created a lake in the middle of the desert. I interpret that to mean that our ancestors want us to light our fire so they know that we’re okay in this realm.

Read this Next: 15 Indigenous Feminists to Know, Read, and Listen To