A recent promo for Bless This House: mother says to daughter, "If a boy doesn't take no for an answer, you can kill him by jamming his nose up through his face." Daughter: "Cool." Yup. Cool.

Yay for the recent changes in Ms. Not that we didn't adore it before, but now we're foaming at the mouth with love. The expanded pop culture coverage rocks—take a gander at "Talk TV: How Women's Issues Are Turned into Trash" (September/October) and "We've Come a Long Way. Maybe," (November/ December). And don't miss the whole section on sex...

We can't believe we're about to praise an ad, but here goes...that new Lee Jeans ad, with the guy with the nice butt down on his hands and knees plucking dandelions out of the grass while a woman watches from her window and blows more dandelion seeds down on the lawn—well, we think it affirms female scopophilic pleasure and sexual agency.

Good for NBC for making visible the covert racism of Friends in a promo for David Schwimmer's SNL appearance: "Watch Saturday Night Live and see me do things you've never seen before," he proclaims. "Like talk to a black person?" asks the black man standing next to him. "Ouch," says Schwimmer. But as nice as it is that the lily-whiteness of Friends has been publicly recognized, one fifteen-second spot can't make up for it. Maybe the show could be integrated— or the network could bring us "The One Where They Talk About Why They Don't Know Any Non-White People."

Remember how Mrs. Roper was always the butt of jokes because she (gasp!) wanted to have sex with her husband? Well, sitcom women are finally allowed to want sex without being laughed off the soundstage. A recent exchange on Wings:
Joe: What do you want to do now?
Helen: (suggestively) We could go upstairs...
Joe: (obliviously) Yeah, the TV's up there.
Ok, maybe you had to be there. But even though it doesn't translate too well from the little screen, the fact remains that the joke was on Joe for not cluing into his wife's desire—not on Helen for feeling it.

We were pleasantly surprised by a recent "What Women Want" roundtable in GQ (August 1995). The women spoke articulately and intelligently about their lives. The moderator didn't intrude or steer the discussion. Good. Then male readers got all up in arms in their letters about how unpleasant and man-hating the participants were. News flash, guys: they were just being honest. 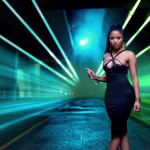