Hyde and SeekWhere 2020 Candidates Stand on Repealing the Hyde Amendment 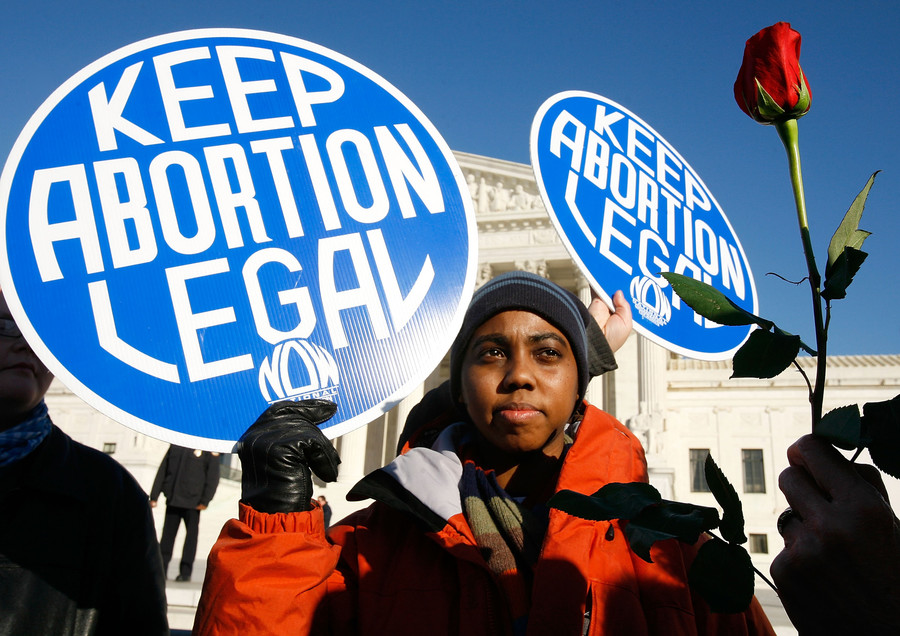 Activist Lisa King holds a sign in front of the Supreme Court as a pro-life activist holds a rose nearby during the March for Life on January 22, 2009 in Washington, DC. (Photo credit: Alex Wong/Getty Images)

In 1976, shortly after the Supreme Court’s 1973 Roe v. Wade ruling, Congress enacted the Hyde Amendment, a measure that prohibited funds allocated to the U.S. Department of Health and Human Services from being used to pay for abortion and, consequently, drastically limited abortion coverage under Medicaid. The amendment’s original language made an exception for cases in which a pregnancy carried to term would endanger the life of the mother; a later version of it added exceptions for pregnancies resulting from rape and incest. As a rider to the annual appropriations bill that Congress must pass in order to fund the operations of federal programs, the Hyde Amendment affects millions of women.

The Hyde Amendment was the successful opening salvo in the U.S. anti-abortion movement and, over the decades, opponents of abortion rights have made retaining it a high priority: It’s been regularly championed by politicians who oppose abortion and, in particular object to the use of taxpayer money to fund them. But though abortion policy has been a hotly debated issue in presidential elections, the Hyde Amendment didn’t become a specific focus until the 2016 election, when Hillary Clinton called for its repeal and Donald Trump stumped for making the annual provision permanent law.

The lack of Medicaid coverage for abortion has always functioned as an abortion ban for low-income women specifically. Had the amendment not been in place in 2018, for example, more than 14 million reproductive-age people enrolled in Medicaid could have been eligible for abortion coverage, as could millions of others in similarly restricted federal programs. A recent study found that 28 percent of Medicaid recipients in Louisiana considered abortion, and more than 7 percent of those surveyed identified lack of Medicaid coverage as the reason they ultimately chose not to terminate. As the 2020 election takes shape, the possible repeal of Hyde has already become a hot topic, so it’s a good time to review where 2020 candidates stand.

President Trump supports codifying the Hyde Amendment into law. Only days after taking office in 2017, he reinstated the global “gag rule” that prevents international family-planning organizations receiving U.S. aid from discussing abortion as an option; since then, his administration has enacted a number of measues that restrict not only abortion access but also access to birth control—including a rule that allows employers to deny birth-control coverage to employees, as well as one that permits healthcare workers to refuse abortion care to patients if it conflicts with their “moral beliefs.” Trump also issued a domestic gag rule that bans Title X healthcare providers from advising women on how to legally access abortion. Finally, he has released three annual budgets that singled out Planned Parenthood for “defunding.”

Generally speaking, there is broad consensus among the Democratic candidates when it comes to the Hyde Amendment. According to a recent New York Times survey on the topic of abortion, each of the major contenders has vowed to repeal the amendment, codify Roe v. Wade, and require their judicial nominees to support Roe v. Wade as settled law. (The only candidate to say he wouldn’t sign a federal budget that included the Hyde Amendment—thus raising the likelihood of a government shutdown—was Tom Steyer.)

Still, campaign promises and liberal credentials have a funny way of shapeshifting once governance begins. Case in point: The last two Democratic presidents who opposed the Hyde amendment (Bill Clinton and Barack Obama) didn’t manage to repeal it, despite strong Democratic congressional majorities. A scratch or two beneath the surface yields a sense of how hard 2020’s candidates would actually work to repeal the amendment.

Vermont Senator Bernie Sanders’s Medicare for All plan calls for comprehensive reproductive services for all people with wombs, free of charge at the point of service regardless of immigration status. Were his plan enacted into law as written—a big if, of course—the Hyde Amendment would be “no longer relevant,” according to Sanders campaign spokesperson Josh Orton.
As a legislator, Sanders has consistently received a 100 percent rating from NARAL Pro-Choice America.

Key quote: “The right wing in this country is waging a war against women, and let me be very clear, it is not a war that we are going to allow them to win.”

For decades, Joe Biden supported the Hyde Amendment. All that changed shortly after her announced his 2020 candidacy and found himself under renewed scrutiny as the only Democratic candidate who didn’t support its repeal. Within days, Biden reversed his position, and now claims that as president he would work with Congress to repeal it.

The Hyde Amendment is not the only reproductive-rights issue on which Biden has flip-flopped. In 1981, he proposed the “Biden Amendment,” prohibiting foreign aid to be used in any biomedical research related to abortion. The next year, he supported Jesse Helms’s amendment barring foreign NGOs receiving United States aid from using that aid to perform abortions. Biden was also one of two Democrats on the Senate Judiciary to vote for the 1982 Hatch Amendment, which would have effectively nullified Roe v. Wade by turning abortion over to federal and state legislatures.

Now that Biden is running for president, he claims he’d use executive action on his first day in office to withdraw the Trump administration’s reinstatement of the global gag rule, as well as its policy banning health providers like Planned Parenthood from receiving funding under Title X. The Biden campaign, however, doesn’t mention the Hyde Amendment on its website.

Key quote: “If I believe healthcare is a right, as I do, I can no longer support an amendment that makes that right dependent on someone’s ZIP code.”

Unlike her fellow candidates, Massachusetts Senator Elizabeth Warren frames her opposition to the Hyde Amendment more as an economic-inequity issue than a healthcare issue. As president, Warren says she would reverse the global and domestic gag rules through executive orders and eliminate Trump policies that allow some employers to deny people coverage for birth control. Like Sanders, Warren is a proponent of Medicare for All—which would, in theory, eliminate the need for the Hyde Amendment.

As a legislator, Warren has consistently received a 100 percent rating from NARAL.

Key quote: “Abortion rights are human rights. They are also economic rights. Protecting the right of a woman to make decisions about her own body is what we stand for as a Democratic Party. When someone makes abortion illegal in America, rich women will still get abortions. It’s going to fall hard on poor women. When it comes down to that decision, the one entity that should not be in the middle of that decision is the government.”

In addition to working with Congress to repeal the Hyde Amendment, former New York City mayor Michael Bloomberg promises to end the domestic and global gag rules that Trump has imposed. He also promises to oppose states’ bans on insurance covering abortion and ask the Food and Drug Administration to review its current guidelines for mifepristone (Plan B pill), which cannot currently be sold over-the-counter.

As mayor, Bloomberg developed a program in New York to allow public high schools to provide birth control to students who request it. Bloomberg has also been recognized by NARAL and Planned Parenthood for his work championing reproductive rights.

Key quote: “[P]olitics have no place in healthcare.”

Action on repealing Hyde will require sizable Democratic majorities in both the the House and Senate, to say nothing of a president who has political capital and is willing to spend it on an issue as divisive as abortion.

Former South Bend, Indiana, mayor Pete Buttigieg frames his support for the repeal of the Hyde Amendment as a healthcare issue, saying, “I am firmly in favor of repealing the Hyde Amendment and ensuring reproductive healthcare for every woman, no matter the state where she lives and works, her insurance status, race, ethnicity or place of birth.” To this end, Buttigieg favors a stand-alone bill that members of congress would be forced to vote ‘Yea’ or Nay’ on, rather than continuing to allow members to use the passage of the budget as cover for supporting the Amendment. However, until such time as the Amendment is decoupled from the federal budget, Buttigieg concedes that he would sign a budget that included the Amendment rather than allow the federal government to shut down.

Key quote: “I will holistically evaluate every federal budget and my responsibility to govern in the context of all of my priorities, especially my commitment to upholding reproductive rights and ending discriminatory health care.”

Minnesota Senator Amy Klobuchar was an original cosponsor of a Senate bill to repeal the Hyde Amendment, and is also a cosponsor of the Women’s Health Protection Act, a bill that prevents states from interfering in private insurers’ decision to cover abortion. The candidate’s website states that during the first 100 days of her presidency, Klobuchar would end the global and domestic gag rules and reverse Trump’s Title X restrictions.

As a legislator, Klobuchar has consistently received a 100 percent rating from NARAL.

Key quote: “It’s not fair that women who don’t have as much money don’t have the same choices as women who are wealthy.”

Notably, businessman and activist Tom Steyer is the only Democratic contender who has gone on record saying he would not sign a federal budget that included the Hyde Amendment. Steyer made his billions as a hedge-fund manager. He then leveraged his wealth to fund the super PAC NextGen. Under Steyer’s guidance, NextGen has explicitly targeted for defeat those candidates who oppose access to birth control and abortion.

Key quote: “We must support women around the globe, not make their healthcare choices for them.”

The differences in the positions of the leading Democratic presidential contenders are small and nuanced, but potentially significant. The fact that each candidate supports a Hyde Amendment repeal doesn’t measure the strength of that support: If the Democrats gain control of the White House and Congress in 2021 and a Democraitc majority supports a repeal—which is not a foregone conclusion—Senate Republicans could still block an effort to repeal Hyde by launching a filibuster. Action on repealing Hyde will require sizable Democratic majorities in both the the House and Senate, to say nothing of a president who has political capital and is willing to spend it on an issue as divisive as abortion. Because so much is at stake for millions of low-income people, the time to choose wisely is now.

Read this Next: Poison Control 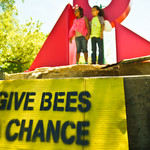 by Amy Roost
Women in Latinx-majority agricultural communities are most vulnerable to pesticide exposure because of prolonged exposure in their workplace environment.
by Amy Roost
View profile »

Amy Roost is a 2019 Annenberg Center for Health Journalism Fellow. She is currently working on the podcast Hazard for Critical Frequency Network about the health effects of pesticides.