This is Not Normal | Bitch Media

This is Not NormalTrump's Transition Team and Media Responsibility 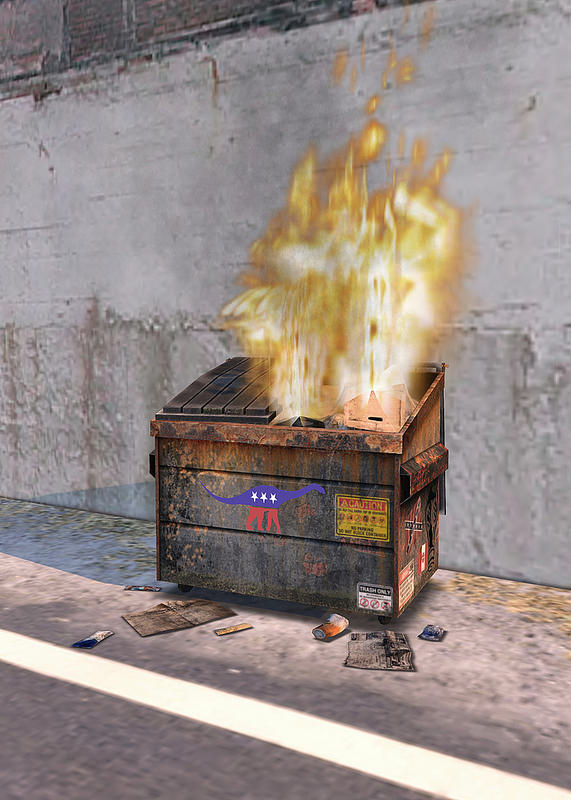 Look, I’m not going to bury the lede here. The president-elect of the United States, whom the New York Times slyly compared to Hitler, just put a white supremacist on his transition team. One of the people who will be helping Donald Trump make decisions about political appointments, policy priorities, and what to do when he gets the keys to 1600 Pennsylvania Avenue on January 20 is Stephen Bannon, formerly of Breitbart News, who published praise of the Confederate flag, implied that Jewish people are involved in international banking conspiracies, published an article that referred to Muslims as a “time bomb,” celebrated an alt-right “revolt,” and helped inform the world that birth control makes women “unattractive and crazy.”

The Southern Poverty Law Center, not exactly known for radical, extremist rhetoric, commented plainly that “Bannon must go” when the news went live. They wrote:

“In July, Bannon boasted that Breitbart News was ‘the platform for the alt-right.’ The alt-right, as we know, is simply a rebranding of white nationalism and is the energy behind the avalanche of racist and anti-Semitic harassment that plagued social media platforms for the entire presidential campaign. Once the news of Bannon’s appointment hit white supremacist websites last night, forums like Stormfront erupted in celebration.”

I don’t know if I can say this enough times. It’s certainly not enough times for the mainstream media, which is describing Bannon, a professional hatemonger, as “controversial” and a “loyalist” and suggesting that Trump is “courting fury” by appointing him, though the Times grudgingly admitted that perhaps “critics” might see him as the “voice of racism.” The words “white nationalist” and “racist anti-Semite” are hard to find in the headlines of major media outlets. The fact that we went from President Obama proudly preparing a legacy for his presumed Democratic successor to “white nationalists are totally normal and nothing to be alarmed about” in less than a week is a chilling testimony to the sheer adaptability of the American spirit. We need to spend a year vehemently debating whether we should allow trans people to go to the bathroom, but Bannon is A-okay.

David Duke, former Ku Klux Klan leader and avowed Trump supporter (remember when the KKK formally endorsed Trump, forcing the campaign to issue a tepid repudiation?), told CNN that he sees Bannon as an ideological ally in the White House. Peter Brimelow, leader of VDARE, a website you probably don’t want to visit without a barf bag, is equally enthused. “I think it’s amazing,” he informed CNN. Brad Griffin, the brains behind Occidental Dissent, also referenced the European right and expressed delight at what the future might hold—not for nothing, the ultra-right French politician Marine Le Pen rushed to congratulate Trump on election night.

And an actual, bona fide Nazi, the chairman of the American Nazi Party, actually, who already wrote a gleeful celebration of Trump’s victory, was quite excited at the thought of Bannon in the White House, keeping Trump accountable to his right-wing extremist base. 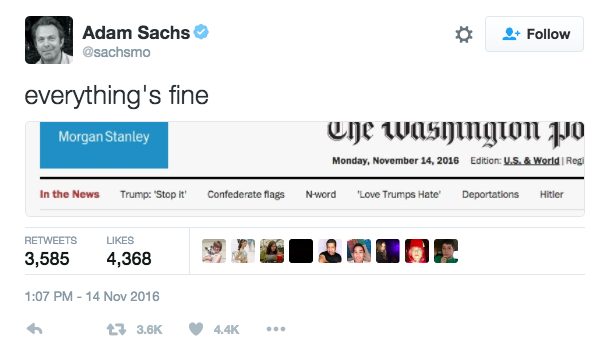 It is for this reason that I don’t use the term “alt-right” anymore, though it retains popularity on many corners of the progressive internet. We cannot in good conscience refer to right-wing extremism as “alternative” when it is, in fact, the very opposite, a normalized, highly active, very present part of society that’s now at the heart of an incoming presidential administration. The Nazis are inside the walls. These people are not on the fringes anymore. When there is a committed white nationalist—who’s being praised by a who’s who of American hate groups—with access to classified information at the right hand of the president, there’s no “alt” about it.

If Bannon flew below your radar before, here’s a little background on this 62-year-old veteran and Goldman Sachs alum. From the military and banking, he went into entertainment and publishing. He had a particularly notable tenure at Breitbart News, though he was also instrumental in the publication of Clinton Cash, the falsehood-laced Clinton “exposé” that the FBI allegedly used in its email witch hunt. Throughout his career, Bannon has distinguished himself primarily by vehemently insisting that the left should be wiped from the face of the Earth.

Of Breitbart’s realignment into the propaganda engine of the hard right in the United States during Bannon’s tenure, Trump’s campaign advisor Kellyanne Conway only noted that he has “success in entertainment,” which apparently is all one needs to get into the White House these days. This summer, he hopped on board the Trump train, and now, he’s riding that train all the way to the station.

But he’s not the only one. The media’s take on all of this appears to be: This is chill and cool and totally normal; we are performing routine reporting on the future president. This is not routine. This is so far from routine that it might as well be on a different planet. Let’s not forget that Trump’s transition team is headed by Vice President–elect  Mike Pence, a virulently anti-gay politician who’s made a career out of suppressing reproductive rights and cutting off his nose to spite his face with a “religious freedom” bill that cost Indiana at least $60 million.

Trump’s children are also on the transition team, which isn’t just nepotistic. It’s also a huge potential conflict of interest, as he refuses to put his business assets into a blind trust, saying his kids can run them and it will be fine. (It will not be fine, America.) Having his children administer his businesses while giving them access to privileged information and policy-making priority is a monstrous ethics and security problem. Attorneys are already scrabbling to figure out how the campaign is going to balance issues like Trump’s massive debt to Deutsche Bank, which also happens to owe the Department of Justice kind of a lot of money.

Next we have Peter Thiel, the Silicon Valley billionaire best known to some as the driving force behind the shuttering of Gawker, which he did by bankrolling a lawsuit that the site couldn’t hope to fight with that much money powering it. Thiel is a popular guy among white nationalists and hate groups, so he should fit right in. Did I mention Ken Blackwell is in charge of domestic policy? Doesn’t sound familiar? Maybe the organization where he’s a senior fellow will: Blackwell is with the Family Research Council, a violently and aggressively anti-LGBTQ group that is salivating at the thought of having access to this much power. Thiel and Blackwell, it should be noted, are already being paraded as the token gay man and the token Black man on the team, alongside the token woman, Kellyanne Conway, the female face of the Trump campaign. The team isn’t out of tokens, either; they’re reputedly weighing an ambassadorship for Richard Grenell, a gay media personality and Trump loyalist who, among many things, shares Trump’s hatred for the Iran nuclear deal and has repeatedly criticized the Obama administration’s foreign policy. Meanwhile, those with actual foreign policy and security service are being squeezed out in favor of “outsiders,” which, let’s be clear, means “right-wing extremist celebrities.”

This is, to put it mildly, a problem. We are all about to be living in Trump’s America, and the people preparing us for it are not just woefully inexperienced, but actively hateful. Many media organizations are lagging on reporting what should be headline news: Americans should understand the full depths of the social attitudes and connections of the people heading the transition team, and they should also know that, for example, the team doesn’t understand the basics of how federal powers work. In order to have a fighting chance in the coming years together, we need to know what we are fighting—now more than ever, we need a bold, aggressive media that holds the administration accountable, something promised by outlets like the Times, but apparently already forgotten. When Stormfront message boards are more informative about figures entering the presidential administration than the pages of the Post, America is in trouble.