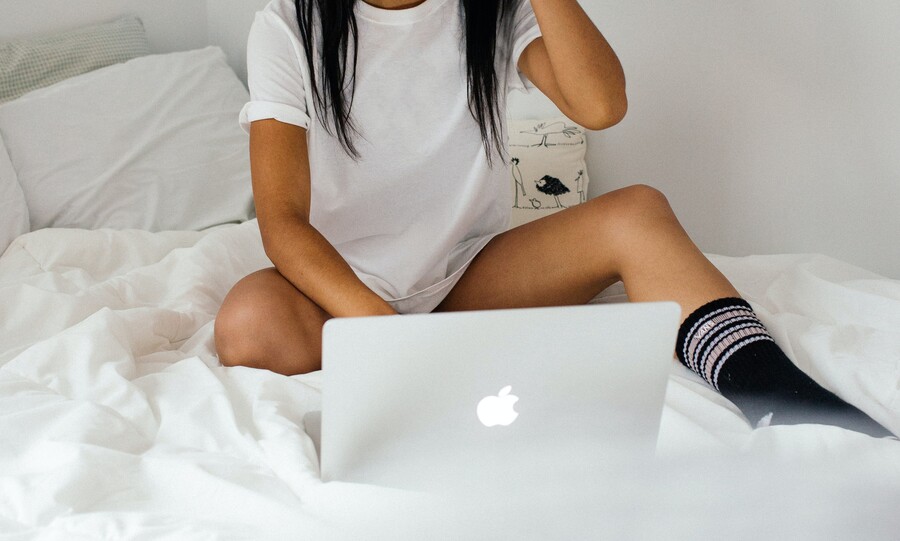 In 2016, the New York Times published “The Sex-Ed Queens of YouTube Don’t Need a Ph.D.” In it, Amanda Hess explored the rise of YouTube as a unique space where young women were learning—and teaching others—about sex and sexuality in straightforward, shame-free ways that traditional sex education had never even attempted. “For young people raised with abstinence-only education in school and unfettered pornography online, these internet sex gurus offer a on third option—access to other young people who feel comfortable talking about sex,” Hess wrote. “This is sex ed by and for internet natives: It is personal, energetic, unfiltered. and not entirely fact-checked.” It’s true: Throughout the 2010s, YouTube felt like a utopia for young women who wanted to understand their bodies, explore their sexuality, take control of pleasure that remains taboo in much of media and popular culture.

They could turn to Tumblr accounts for information on the basics (how to masturbate, why they shouldn’t be ashamed of their bodies); they could peruse Twitter for more politicized discourse on bodily autonomy and the cultural impact of socialized shames. But on YouTube, they could simply curl up to watch women they trusted tell them, face to face (or screen to screen) that their bodies were okay, that their pleasure was okay, and that they weren’t the only one with questions. This was especially true for queer people, whose existence and experiences are still sidelined in formal sex-education curricula. If you had access to the internet and a decent understanding of how to hide searches from your parents, you could learn about everything from what an orgasm really feels like to how to tell if you’re a lesbian.

In the four years since Hess’s piece was published, nearly every YouTuber mentioned in it has stumbled under the weight of iconhood—and in some cases plummeted entirely. One of the latter is Laci Green, who in 2014 was the anointed queen of sex-educator YouTube. Green, a white woman from Utah, was a guiding light for young girls in particular, for whom she demystified topics like consent, feminism, and redefining sex and virginity. Green became inescapable offline as well, with organizations like Planned Parenthood enlisting her services, and universities scrambled to have her take on sex education so they didn’t have to do so themselves. It all went deeply downhill in 2017 when Green’s tone took a sharp right turn into transphobia, racism, and other elements that defined the internet’s anti-feminist, alt-right “Red Pill” community.

People who had spent years adoring Green’s cheery advocacy were shocked and disappointed by the shift: In a 2017 HuffPost piece titled “On Laci Green And White Women’s Betrayal,” Kelseigh Ingram highlighted the role of whiteness in Green’s sudden heel-turn, writing that “By validating the opinions of those who hold racist, homophobic, and transphobic views, Laci has shown that she is willing to put the wellbeing of those she cares about in jeopardy in order to increase her own standing in a white supremacist patriarchal world.” The switch, which felt spontaneous, appeared to be how Green dealt with criticism. Instead of reckoning with the way that her power and privilege as a white woman shaped her understanding of sex and bodies—and willingness to spar with transphobes and racists—she sunk in on herself and flipped on the people who had previously supported her.

Another YouTuber mentioned in Hess’s NYT piece was Arielle Scarcella, whose videos sought to carve out a place for lesbians to talk about sex. With videos about squirting, nipple orgasms, and “touch me nots,” Scarcella’s content felt groundbreaking: There was no topic too taboo to explore, and Scarcella did so alongside guest hosts that her viewers could trust and turn to for additional information and advice. Her conversational, confident presence was a powerful contrast to the at-the-time meager mainstream interest in covering lesbian sex, pleasure, and specific health needs and concerns. But Scarcella, too, faced criticism: Some viewers, especially as time passed and biphobia became more closely examined, demanded more of the YouTuber. They wanted more inclusive content. Instead of facing criticism and being pushed to understand that maybe it was now her turn to sit back and listen—who hasn’t had a thing or two to learn about queerness as the community grows and language shifts?—she made the decision to turn on her own community, preferring transphobia and “leaving the left.”

We never should have had a “queen” of sex education.

She released a statement the next day explaining that she didn’t mean to hypersexualize and fetishize gay men, and wrote that she meant no harm. One might imagine that, in 2020, a straight woman would know better than to hop on YouTube and tell a massive audience about how hot gay relationships are, especially when the authors of said relationships present them as nearly sexless. Each time a YouTube sex educator fails her audience, whether on a massive scale (akin to Green) or on a smaller one (akin to Witton) it’s a massive disappointment. The lack of comprehensive sex-ed in schools (and at home) has given young people few options besides turning to self-styled experts online. But these incidents, especially regarding Green and Scarcella, are proof that we can’t rely on singular people to guide us to a sex revolution. It’s unfair and unrealistic to expect strangers with fairly minimal resources to know everything, all the time, and to be able to guide each viewer—who is essentially a stranger—to the light on issues of sex and of pleasure.

Again, our desire to trust in anyone with a platform has failed us. We don’t know these people, and they don’t know us. They aren’t a coordinated effort vetted by a body of sex educators focused on inclusivity and reckoning with a changing culture. They are people, in a room, with a camera. But, too, it has led me to wonder, on a larger scale: What is happening with sex education YouTube? The issue is three-pronged. First, at a certain point, one has to wonder how many YouTube videos a single person can create without stumbling into “problematic” territory. Especially when you have a narrow lane, attempting to make five or 10 years worth of videos when you’re making one or two videos a week is simply way too much content. It can cause a sense that you need to jump into every single discourse that arises and offers solutions when you may not be the best person to discuss said issue, and would be better off simply sitting by and doing your research.

Not every person online needs to have a take on every issue that happens on the internet; it just isn’t realistic, and it results in content that is shoddy at best and harmful at worst, as we saw in the case of Scarcella’s videos about trans women. On the other hand, the platform is also to blame. We know that YouTube’s algorithm rewards videos that are hot topics, like politics and the continual rise of white supremacy, and that it recommends content that it believes to be similar to viewers. “The algorithms that drive products like YouTube, Facebook, and Apple’s iOS software share a common challenge: They can’t seem to consistently distinguish between pornography and sexual and reproductive health content,” Rebecca Ruiz explained in Mashable in 2018. It’s a problem that remains today for almost all social-media platforms that flag content incorrectly as content is stripped of context and impact upon review.

As a result, the sex educators who are committed to doing the work are being pushed off of the platform. If you’re a creator who is less interested in being a brand and building your own persona, and more interested in connecting authentically with your community and with the viewers and listeners who need your expertise most, at a certain point, your best bet is going to be building a presence outside of YouTube. Many sex education YouTubers, especially LGBTQ people, have noted that they feel their content is being shadow-banned—pushed down by the algorithm so that it appears less often. Others have been demonetized, meaning that the ads that play before or during their videos are removed, and so they don’t profit from said ads being viewed by their subscribers.

Though sexologist Shan Boodram still posts videos to her YouTube channel, and has been doing so since 2012, she’s also expanded far beyond the platform with a book, The Game Of Desire: 5 Surprising Secrets to Dating with Dominance and Getting What You Want; and a Quibi show, Sexology with Shan Boodram. Stevie Boebi, one of the most prominent lesbian YouTubers, shifted to Patreon in 2018, noting on Twitter that, “All of my queer Sex Ed videos are demonetized by YouTube for being ‘controversial.’” In 2016, YouTube was a space to learn any and everything about sex; maybe, in 2020, it simply isn’t anymore. YouTube’s unique strength was its ability to amplify unfiltered, informative content lacking in a mainstream culture that still stigmatizes sex and pleasure (and, for that matter, is just starting to take issues of consent seriously).

If the people creating that content because they care deeply about sharing their knowledge with young viewers in particular are forced off the platform—and if formal sex education doesn’t plan on filling that void—it seems likely that YouTube will go the way of Tumblr. The answer feels less to rely on sex educators on other platforms that are less accessible due to fees (take, for example, Patreon) and instead to widen the berth of the sex educators we’re turning to. We never should have had a “queen” of sex education. Instead, we should build well-rounded groups of experts that we can learn alongside so that, when they stumble, they don’t take us down with them.

Read this Next: The Unbearable Whiteness of Leftist YouTube 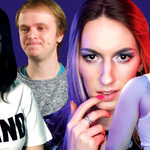 by Marina Watanabe
Years before the rise of so-called LeftTube, men on the site were endlessly abusing, harassing, and threatening women of color.