Who Are the Women Behind the Trump and Clinton Campaigns? | Bitch Media

Who Are the Women Behind the Trump and Clinton Campaigns?

Many pixels have been spent debating Hillary Clinton’s “woman card” and pondering why women would ever vote for Donald Trump. But who are the women behind the now-official presidential candidates?

Behind the scenes of each campaign are huge teams of workers who shape each candidate’s get-out-the-vote efforts. While Trump will likely increase his campaign staff soon, Clinton’s campaign team currently dwarfs his: Politico reported in May that Trump had only 70 paid employees while Clinton’s campaign had 732. A Boston Globe report revealed that Clinton’s team employs way more women—about 53 percent of her staff members are women, compared to 28 percent of Trump’s team. Trump’s campaign also pays women way less than men: Women working on Trump’s campaign were paid an average of $1,600 a month less than the male employees.

So those are the behind-the-scenes workers, but women are also front-and-center in both campaigns: Both Trump and Clinton have women as their official spokespeople. This is no surprise—it’s good for both teams’ images. Considering the spokesperson can attack the opposition on talk shows and in the media, the visual of a male spokesperson attacking Hillary might put off women voters. But since that does not stop Trump from personally doing whatever he can to alienate women with sexist language and retrograde policies, maybe the fact that both Trump and Clinton have women as the public faces of their campaigns is a coincidence. 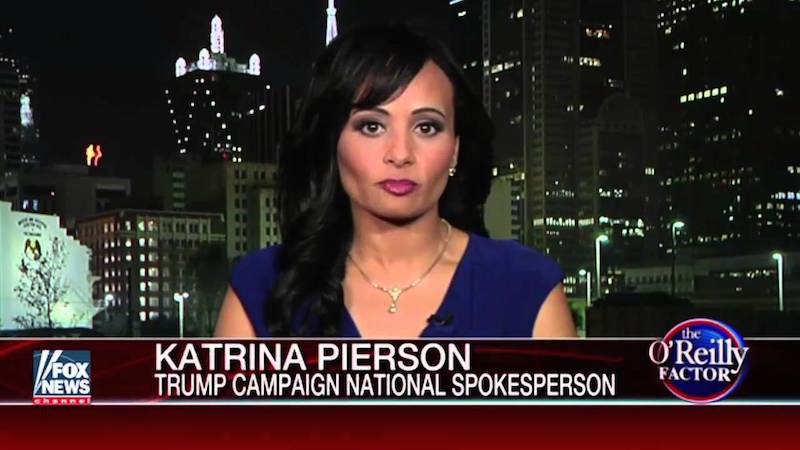 It’s also interesting to note that Katrina Pierson, Trump’s spokesperson, and Karen Finney, Clinton’s spokesperson, are both biracial. Pierson actually voted for President Obama but says she quickly became disillusioned and took offense to President Obama not wearing a flag pin (yeah, there were real consequences to that!).This disappointment led Pierson to join the Tea Party through a chapter in Garland, Texas. She worked on Ted Cruz’s 2012 Senate race, and she launched her own bid for Congress in 2014. She fit into the Tea Party framework well enough that she garnered the support of Sarah Palin. During this race, which she eventually lost, Pierson played up her biography of working her way up in the world. Her mother gave her up for adoption but changed her mind. They survived on government assistance programs. A profile on Heavy.com details how Pierson now claims she rose to success in spite of, not because of, government aid.  After she lost her congressional run, she took a job as spokesperson for the Tea Party Leadership Fund. Given that she did not enter politics until after the 2008 election, she clearly is skilled at climbing the Tea Party career ladder. 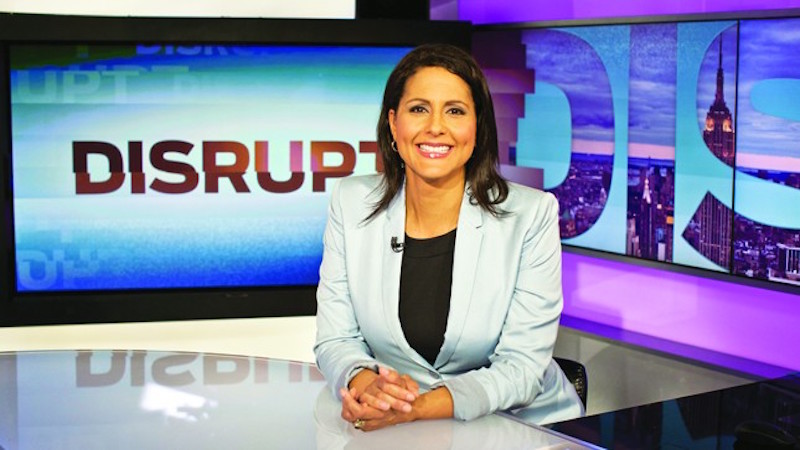 Karen Finney on the set of her political talk show Disrupt.

Finney also has a long history in politics. She has been a member of the Clinton political family for a while, working on Bill Clinton’s first presidential campaign and then joining Hillary’s staff when she was First Lady. Finney also worked for Elizabeth Edwards, John Edwards’s wife, during the 2004 Kerry/Edwards campaign and was communications director for the Democratic National Committee while Howard Dean was DNC chair. You might know Finney from her short-lived political talk show, Disrupt, on MSNBC. All of this makes her well-trained to handle the tough questions that any Clinton supporter, especially her spokesperson, receives. Finney has been on the frontline of framing Clinton’s position changes as an evolution of how Clinton views issues instead of as flip-flops.

While Finney appears to be handling the media well, Pierson is better known for adding fuel to Trump’s fires instead of taming them. After Trump floated the idea of shutting down mosques, Pierson posted on Facebook, “Islam preys on the weak and uses political correctness as cover.. Two things that Americans won’t be concerned with when @realDonaldTrump is in the White House.” And just as Trump has his own conservative critics, so does Pierson. The National Review even published a lengthy profile of her documenting her seemingly opportunistic political see-sawing.

Both spokespeople have obviously been attacked by the opposition, in Pierson’s case from both the Dems and #NeverTrump forces, but both appear to be well-suited for their jobs. Both seem to have no time for haters and are focused on doing their jobs of frontline defense of their candidate. 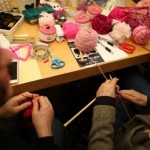 by Holly Derr
Gender essentialism, a belief used to oppress throughout most of human civilization, can’t suddenly be used to support intersectionality.